Patricia Arquette won Best Supporting Actress at the Oscars on Sunday for her performance in "Boyhood," and used her speech to champion women's rights.

"It's our time to have wage equality once and for all, and equal rights for women in the United States of America," she said to a strong show of support from Meryl Streep and Jennifer Lopez.

Arquette has long been cited as a favorite for the award, which she won for playing Mason's mom (literally listed only as Mom on IMDB) in Richard Linklater's film. Her performance was seen as an aria of maternal grief, manifesting, as Slate noted, "empty-nest syndrome as a full-blown existential crisis."

The 46-year-old has spoken at length about the importance of "Boyhood" and what it meant for her to unapologetically age 12 years on screen. "I've had people come up to me and say, 'Oh my God, you age so beautifully in this movie. I just thought you looked so beautiful at the end,'" she told HitFix. "And then some people will be, like, 'How does it feel to watch yourself not be the hot girl anymore,' or something. It says a lot more about them and their perception, but that's the great thing about getting older and that's the great thing about being around the block 100 million times by the time this comes out."

Arquette beat out Streep ("Into The Woods"), Keira Knightley ("The Imitation Game"), Emma Stone ("Birdman") and Laura Dern ("Wild") for the honor. This is her first Academy Award. 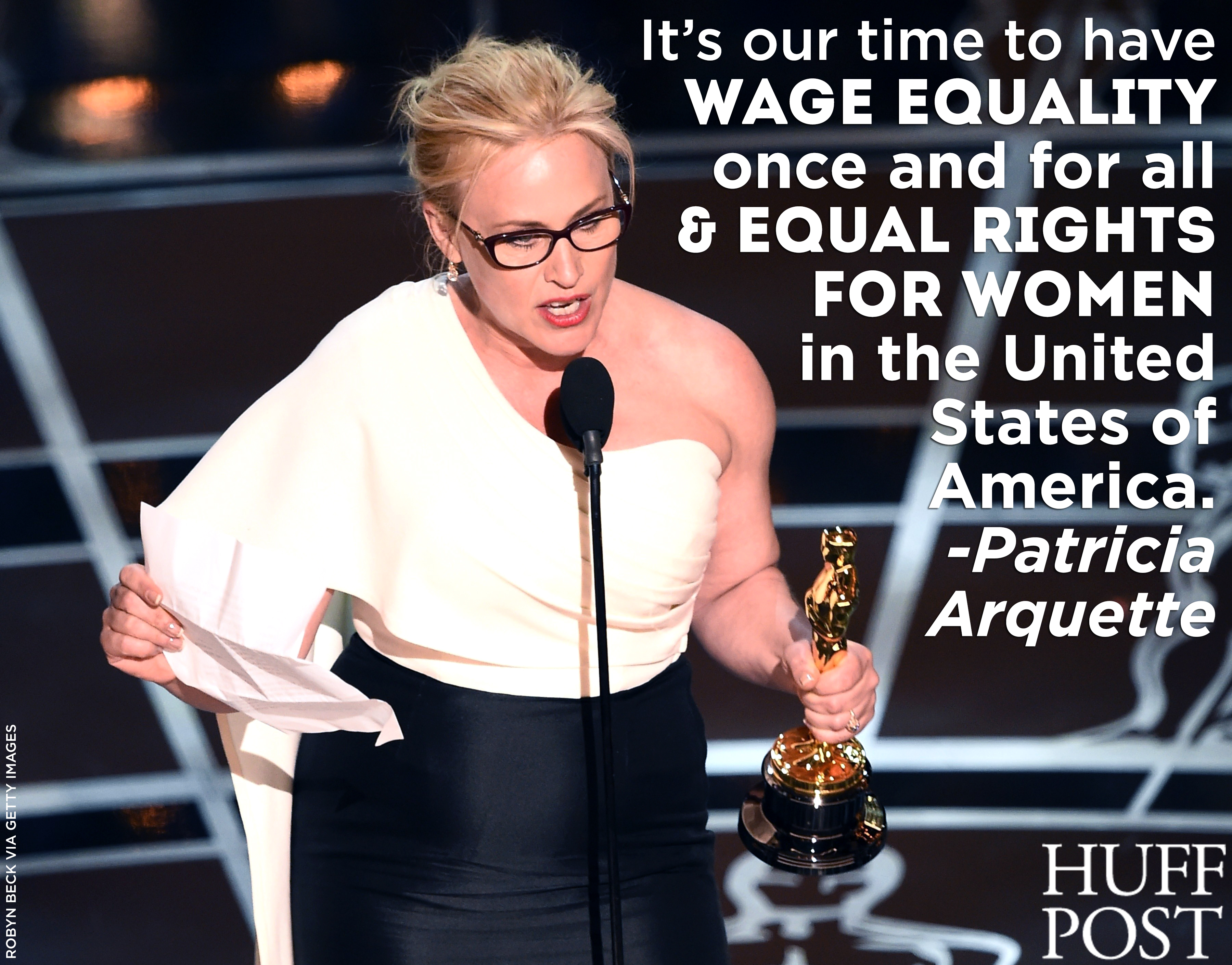