Patrick Schwarzenegger, son of Arnold and Maria Shriver, talked to Details about what he's been up to lately.

It turns out that the 17-year-old already has a clothing line (he founded it at age 15, people) called Project360 that donates 10 percent of its sales to charity. The t-shirts bracelets and hoodies are sold at Bloomingdale's and Henri Bendel. But that isn't Patty's only link to the fashion biz:

He just signed on with L.A. Models, which has plans to push him for the Ralph Lauren and Armani campaigns. He's doing it to "inject some capital" into Project360 and to "get comfortable in front of the camera." But modeling "isn't going to be my permanent job. There's a lot of other things I want to do."

On hanging out with the Hollywood set:

"I just saw Tallulah over winter break," he says, referring to the daughter of Bruce Willis and Demi Moore. "I was at their house in Sun Valley." Although he just reunited with an ex, Patrick cockily refers to his tweet-mates Kendall Jenner and Selena Gomez as "girls for the future."

On a future in politics:

"My mom always talks about how hard it was to grow up in a political family," Patrick says. "It's always split up, and just--I want to have fun in life. No, politics isn't on the list."

Take a look at photographs of Patrick by Cass Bird (you can find more here) and head over to Details.com to read the rest. 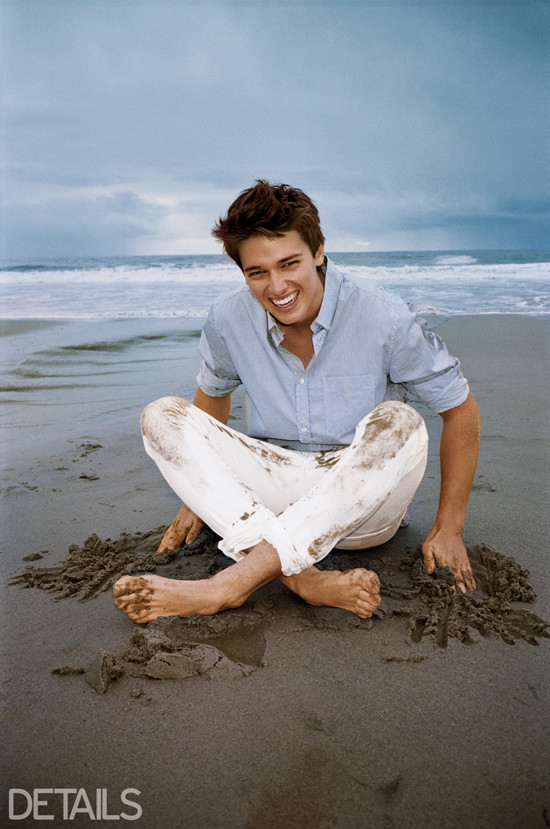 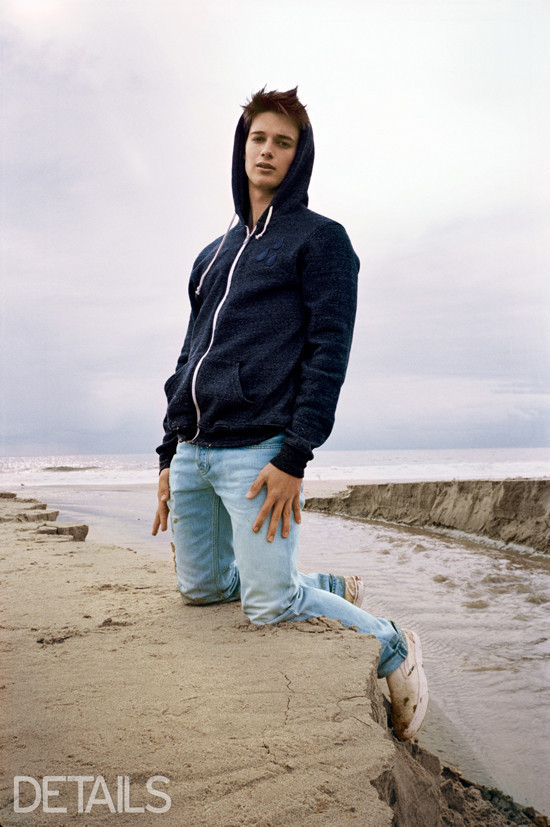