Sir Patrick Stewart has spent many on-screen hours mentoring the X-Men as Professor Charles Xavier — but now the actor has taken on a new protegé.

The “Logan” star recently welcomed a foster pit bull named Ginger. He introduced the world to his new four-legged buddy with the sweetest video on Facebook.

In the video, Ginger licks his face. “Thank you for that, that was a very nice greeting,” Stewart says. Cue hearts melting around the world.

The actor didn’t stop there — during a recent appearance on “Conan,” Stewart told the late-night host more about his canine companion.

“I’ve longed for this day,” Stewart said, mentioning that Ginger’s arrival marked the first time he’d had a dog in over 50 years. Stewart explained that Ginger was rescued from a pit bull fighting ring.

“We are looking for a permanent home for her,” he explained. Anyone who wants to give Ginger a permanent home can reach out to Los Angeles–based nonprofit Wags & Walks. (And when Ginger finds a home, the organization has plenty more adoptable pups.)

Until then, we’ll just be living for his periodic updates on life with Ginger.

From what I understand rules and consistency are everything as a foster dog parent. #GingerGurl @ASPCA @WagsandWalks #AdoptDontShop #pitbull pic.twitter.com/aCvKtwlxSA

This post has been updated to provide more information about adopting Ginger. 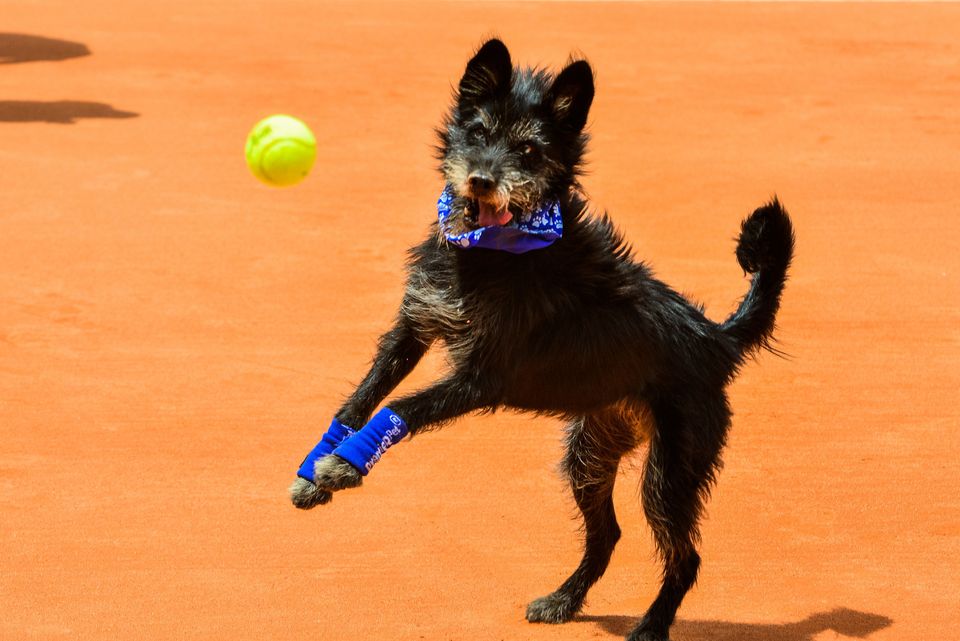