Want to learn the rules of a best-friendship? Look to two of the greatest actors of all time (we think so, anyway).

Patrick Stewart and Ian McKellen may have an on-screen rivalry in 'X-Men,' but social media revealed that there are few friendships out there that are as epic as theirs.

Here are 9 tips they've taught us for having a successful, long-term relationship with your closest pal:

1. Take trips together -- just the two of you (the better to goof off).

2. Never do anything without one another.

3. Pick up a dangerous hobby together (you'll have someone to always watch your back).

Finally, lesson 1 in the use of my beautiful Xmas gift. Instructor: brother-in-law to be, Andy. Audience: Sir Ian. pic.twitter.com/MOSnXLffEO

4. Wear bowler hats everywhere, because it's always a good time to be fancy with friends.

6. Take photos of each other unawares.

Sir Ian beat me to work this morning and here is where I found him. @IanMcKellen @TwoPlaysInRep pic.twitter.com/aC1YBOclBn

Is this the coolest movie cast photo of the summer? pic.twitter.com/ka0ukl2vJ0

We can't promise an outcome as ridiculously awesome as theirs, but we guarantee you'll have a great time.

9 Rules Of Best-Friendship We've Learned From Sirs Patrick Stewart And Ian McKellen (PHOTOS)
What Is The Last Photo You Took On Your Cellphone? 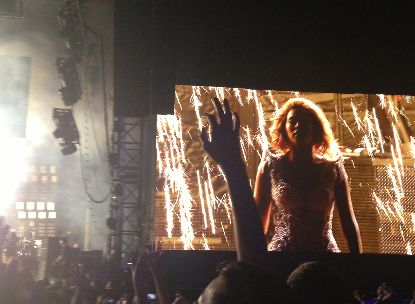