If anyone was wondering whether 67-year-old "godmother of punk" Patti Smith has lost her rebellious edge, this video should put any doubts to rest.

Capping off an emotional set at Riot Fest in Chicago's Humboldt Park as the sun set Sunday evening, the legendary singer-songwriter, poet and artist launched into an epic rant on politics, corporate greed and war as she and her band finished "People Have the Power," one of her best known songs.

"We do have the power! Our governments, our corporations would like us to feel defeated, but we have it with our numbers if we use it. Don't forget it!" Smith exclaimed.

(Check out her speech, beginning at 6:30 in the video above.)

Smith's set felt particularly personal, as it took place not far from her Chicago birthplace, on the birthday of her late husband, former MC5 guitarist Fred "Sonic" Smith. She dedicated both "Because the Night" and a cover of John Lennon's "Beautiful Boy (Darling Boy)" to Fred Smith. Prior to her performance, she even snapped a few photographs of the crowd:

Patti Smith Tells It Like It Is In Riot Fest Rant, Continues To Be Our F*****g Hero
15 Riot Fest Scenes You Won't Find At Any Other Music Festival 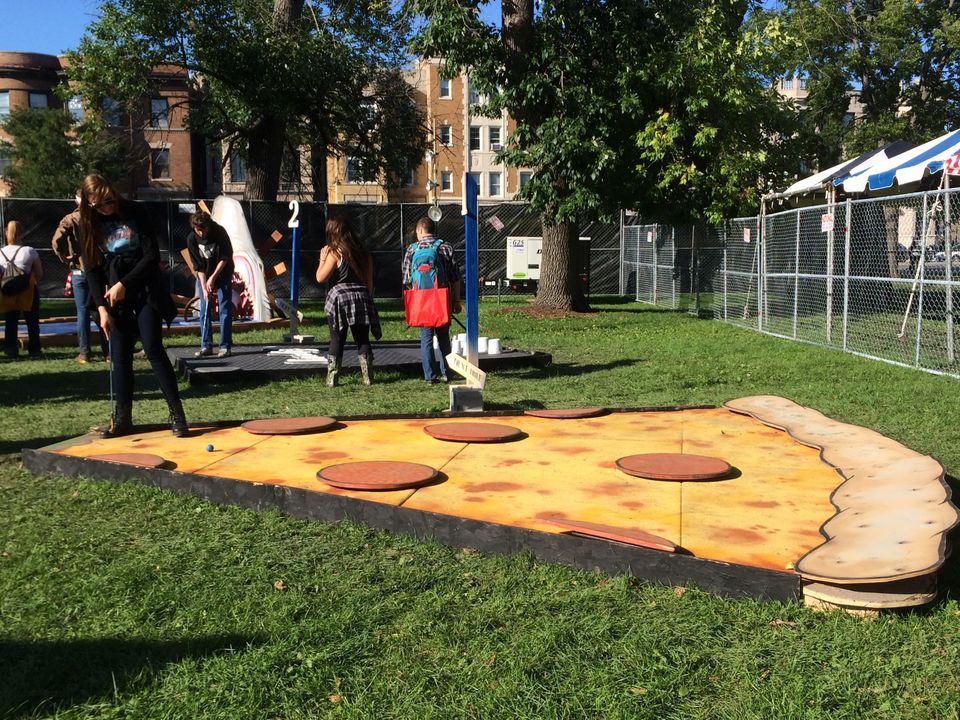 1 / 15
Pizza Mini Golf
Riot Fest isn't shy about it's love of 'za, and put it on a Riot Putt-Putt course for all to see.
Kim Bellware/The Huffington Post