Their spring program has been devoted to the father-son art duo, giving the McCarthys full run of their giant exhibition space (as well as an expansive show at the Armory uptown). The press release states, "McCarthy unleashes debauchery and desire with extreme technical daring, charting a territory where our fundamental impulses collide with our most cherished myths and hypocritical societal norms." 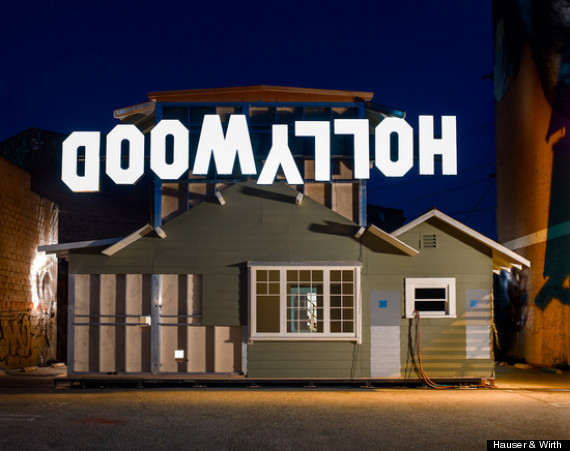 On view are a series of films exploring the complex relationship between Natalie Wood, James Dean, and Nicholas Ray, the director of "Rebel Without a Cause." Naturally, the actor and performance artist James Franco suggested the idea for the new film, "Rebel Dabble Babble," and the McCarthys yes, using it as a primer for how they dealt with filming their four-channel, seven-hour epic film on deranged Disney characters now on view at the Armory. In the talk, Paul said about Franco, "Every time he came in the room we were totally seduced by him." (The power of Hollywood is strong, even for artists.)

Paul said they considered casting Lindsay Lohan in the part of Natalie Wood, but then said "fuck it. We want to pull back to what we think is art, not what Hollywood thinks is art."

To be fair, Paul McCarthy is shown in compromising positions, nude or without pants, throughout the exhibition. But the power dynamics are different when we gaze at his form (the form of the venerated Male Artist) than when we look at an attractive, pliant young actress playing the tragic figure of Natalie Wood.

In La La Land: Parody Paradise, Paul McCarthy writes, "I want my work to look almost ridiculous, to not fit in, to not be commercial, to subvert the very genre of Hollywood itself." In the talk, he reiterated this idea, saying "Rebel" is "a push against normality, which I think is fucked up."

As I walked through the cavernous space filled with giant films of a hysterical woman and two powerful, ridiculous men, I kept thinking of Ellen Willis's essay on punk in Out Of The Vinyl Deeps. She writes, "When you stripped the gentility from the relations between the sexes, what too often remained was male power in its most brutal form. And given the present political atmosphere, that potential was worrisome."

She wrote this in 1977, but the same holds true in 2013. Paul McCarthy knows the female body has been used and abused in Hollywood and high art, and attempts to address that in his films. I know this is all a wink, a joke, a takedown of Tinseltown, but at the end of the show I just felt sad. What was meant to subvert just ends up reproducing the power structures we're used to, at least from an audience perspective, which has been fed decades of images of thin white women being accepted, mistreated, or rejected by men.

In other words: What's Yr Take On Cassavetes?

"Paul McCarthy and Damon McCarthy: Rebel Dabble Babble" is up from June 20 - July 26 at Hauser & Wirth in Chelsea and "WS" is on view at the Armory's Wade Thompson Drill Hall from June 19 through August 4, 2013. 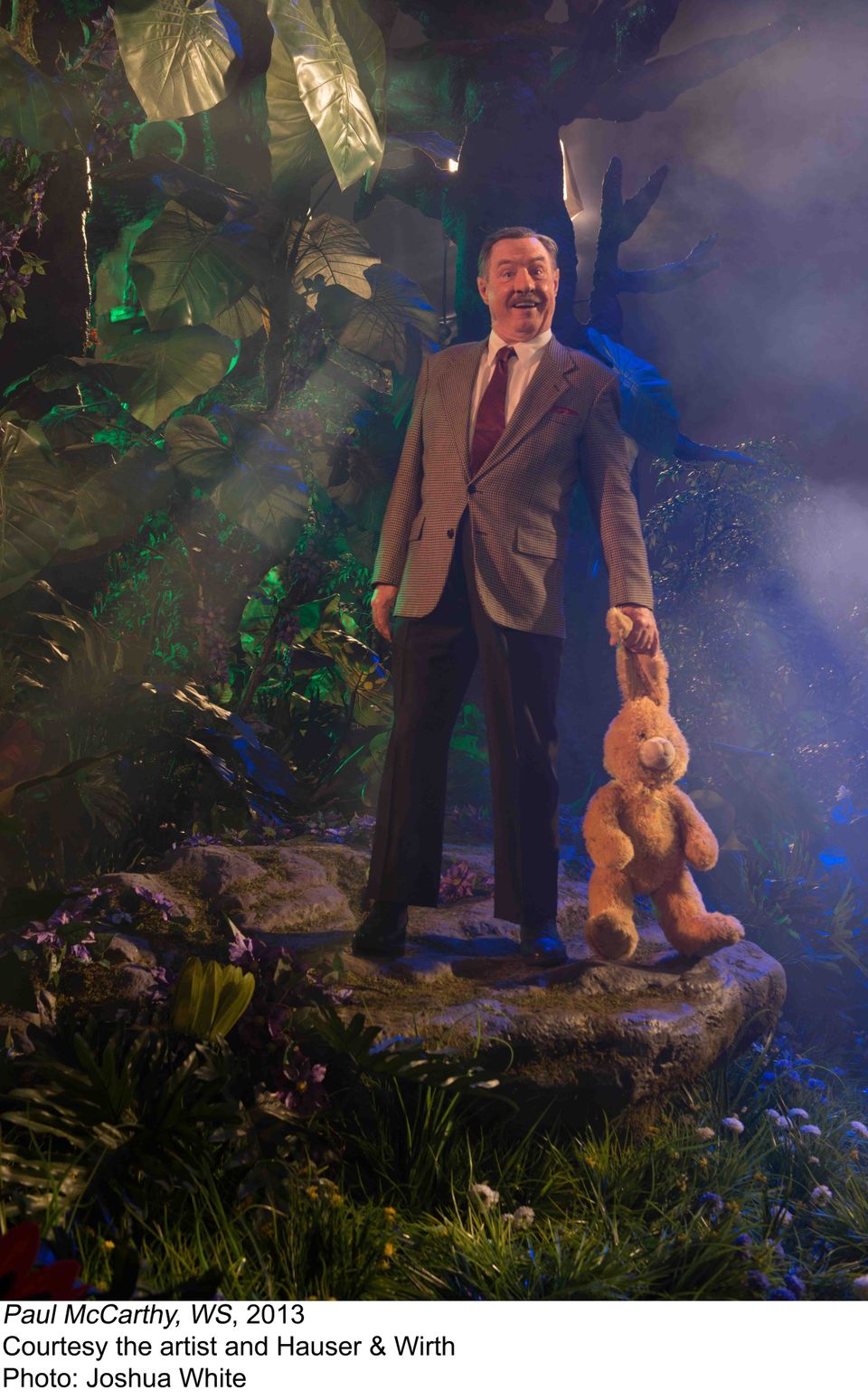