In recent years many people have had fun attributing Bacon numbers to actors, reflecting how far removed from working with Kevin Bacon they are. Edward Asner has Bacon number 1 as he made a movie with Bacon, and Elvis Presley had Bacon number 2 (having been in an earlier film with Asner).

It's modeled on the older, more esoteric habit of assigning Erdős numbers -- and hence status -- to writers of mathematical research papers, reflecting their collaborative distance from the eccentric, constantly traveling, ever quotable and incredibly prolific Hungarian mathematician Paul Erdős (March 26, 1913 - September 20, 1996), who was born 100 years ago this week. (Erdős is pronounced something like "AIR-desh" and the concept of Erdős numbers goes back as least as far as the late 1960s.)

Erdős wrote over 1,500 research papers in his career, which is believed to be more than any other mathematician in history. But that's not the point: he'd have garnered just as much affection and respect with a fraction of that output, given the extraordinary quality and range of his work, his highly effective mentoring of young talent, and his legendary monetary prizes offered for solutions to challenging problems, which were often tantalizingly easy to state but difficult to tackle. Indeed many of them have resisted resolution to this day. Despite his legendary oddball traits, Erdős was also a kindly man with a real concern for the underdog, a great love of children, and a quirky sense of humor. 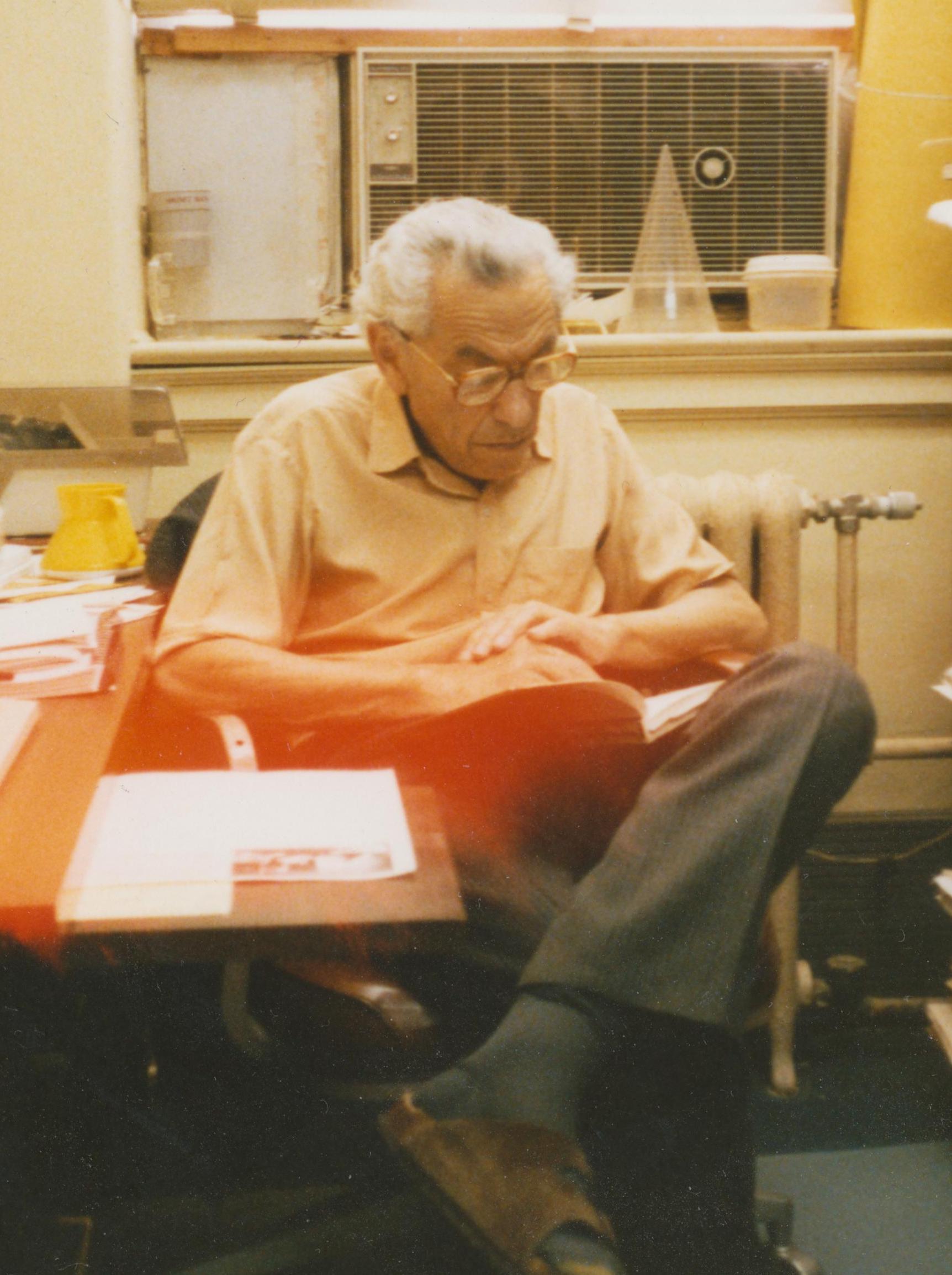 He inspired two books on his life, The Man Who Loved Only Numbers by Paul Hoffman, and My Brain Is Open by Bruce Schechter. There's also a great documentary about him by George Paul Csicsery, called N is a Number, named after a standard Erdős pick-up line, often uttered at unsociable hours of the night as the rarely asleep house-guest tried to initiate profound conversations at the foot of his recumbent host's bed.

I met Uncle Paul, as he was fondly known in his later years, several times in the last decade of his life, though no collaboration was forthcoming, as our areas of interest--not to mention abilities--were radically different. I did persuade him to visit Spelman College in the spring of 1991, where a dozen very lucky students of mine got to see one of the 20th century's preeminent mathematicians give an accessible talk at the induction ceremony of the local branch of Pi Mu Epsilon, the nation's mathematics honorary society.

He had over 500 co-authors, those are the lucky ones with Erdős number 1. (One of them comments, "An excess of Hungarian problem-solving is called an ovErdős.") Their collaborators (with Erdős number 2) number almost 10,000, and include my wife. My own Erdős number is currently stalled at 3---and the AMS Collaboration Distance Calculator): shows a way to calculate that which is new to me---but at least it puts me ahead of Carl Sagan or Noam Chomsky, whose Erdős numbers are each 4. In 2004, somebody attempted to sell" an Erdős number of 5 on eBay. Had it worked, it would hardly have conferred much distinction on the buyer, with over 70,000 legitimate ones already in circulation.

In addition to asking---and sometimes also answering---deep questions about diverse branches of mathematics, Erdős championed proofs that were elegant and stripped down to their bare essentials. One of his more famous contributions (as a teenager) is a new simplified proof of the previously known fact that there is always a prime number P between any number N and its double 2N (in fact, he showed that there are always at least two such primes). When he particularly approved of a proof, he would say it came from "The Book"--an elusive hypothetical tome that held all of the best proofs that could ever be devised.

In his own words, "I'm not qualified to say whether or not God exists. I kind of doubt He does.
Nevertheless, I'm always saying that the SF has this transfinite Book that contains the best proofs of all mathematical theorems, proofs that are elegant and perfect...You don't have to believe in God, but you should believe in the Book." (SF was his tongue- in-cheek reference to God as "the Supreme Fascist").

Neil Calkin of Clemson University, who wrote two papers with Erdős in the 1990s, comments, "His idea of proofs from The Book is to me one of his greatest and most lasting contributions. It's perhaps that that puts him up there with Euler for me!" Indeed, following his death, such a book was published in his honor, written by Martin Aigner and Günter M. Ziegler. with earlier input from him. Originally, it was intended as an 85th birthday present for the Poor Grand Old Man, but he didn't live to see its completion.

"I was an extra in the movie Pretty Maids All in a Row (1971), which was shot at my high school. I'm not in the credits, but Roddy McDowall was, and he made The Big Picture (1989) with Kevin Bacon."

Erdős did his magic in the field of mathematics from the early 1930s until his death 65 years later, and papers continued to appear for several more years (there are 50 posthumous publications alone) . While history does not record that he had much interest in magic, despite some basic conjuring tricks, his mathematics ultimately left its mark in that arena of entertainment. A simple case of a result of his from 1937 (with fellow Hungarian Georgy Szekeres) has the following fun application.

Have five cards from an ordinary deck, say the Ace, 2, 3, 4, and 5 of Diamonds, mixed up by an audience member and then laid out face up in a neat row on a table, in any order. Now turn them face down. A friend who is in cahoots with you, but has not seen the row of cards face up, enters the room. It's possible for you to flip over two of the cards, face up, so that your friend knows exactly which of the remaining three face-down cards is which.

This is one of several related effects in Chapter 11 of my upcoming book Mathematical Card Magic: Fifty-Two New Effects (AK Peters/CRC Press). The basic method for five cards (where three hidden ones can be deduced from two that are seen), or the extension to ten cards (where four can be deduced from six) appeared online many years ago at both AMS.org and MAA.org.