Editor's note: This piece was originally published in Stanford Medicine magazine on February 23, 2015; Paul Kalanithi passed away on March 9, at age 37. Read Stanford Medicine's obituary for him here.

In residency, there’s a saying: The days are long, but the years are short. In neurosurgical training, the day usually began a little before 6 a.m., and lasted until the operating was done, which depended, in part, on how quick you were in the OR.

A resident’s surgical skill is judged by his technique and his speed. You can’t be sloppy and you can’t be slow. From your first wound closure onward, spend too much time being precise and the scrub tech will announce, "Looks like we’ve got a plastic surgeon on our hands!" Or say: "I get your strategy -- by the time you finish sewing the top half of the wound, the bottom will have healed on its own. Half the work -- smart!" A chief resident will advise a junior: "Learn to be fast now -- you can learn to be good later." Everyone’s eyes are always on the clock. For the patient’s sake: How long has the patient been under anesthesia? During long procedures, nerves can get damaged, muscles can break down, even causing kidney failure. For everyone else’s sake: What time are we getting out of here tonight? 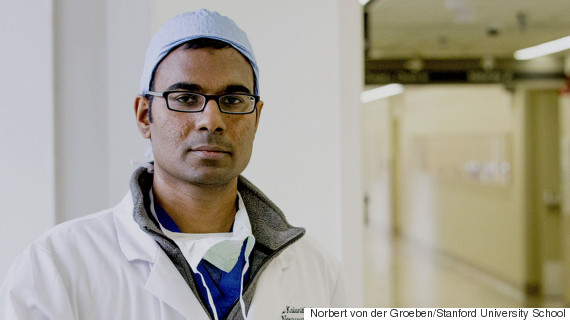 There are two strategies to cutting the time short, like the tortoise and the hare. The hare moves as fast as possible, hands a blur, instruments clattering, falling to the floor; the skin slips open like a curtain, the skull flap is on the tray before the bone dust settles. But the opening might need to be expanded a centimeter here or there because it’s not optimally placed. The tortoise proceeds deliberately, with no wasted movements, measuring twice, cutting once. No step of the operation needs revisiting; everything proceeds in orderly fashion. If the hare makes too many minor missteps and has to keep adjusting, the tortoise wins. If the tortoise spends too much time planning each step, the hare wins.

The funny thing about time in the OR, whether you frenetically race or steadily proceed, is that you have no sense of it passing. If boredom is, as Heidegger argued, the awareness of time passing, this is the opposite: The intense focus makes the arms of the clock seem arbitrarily placed. Two hours can feel like a minute. Once the final stitch is placed and the wound is dressed, normal time suddenly restarts. You can almost hear an audible whoosh. Then you start wondering: How long till the patient wakes up? How long till the next case gets started? How many patients do I need to see before then? What time will I get home tonight?

It’s not until the last case finishes that you feel the length of the day, the drag in your step. Those last few administrative tasks before leaving the hospital, however far post-meridian you stood, felt like anvils. Could they wait till tomorrow? No. A sigh, and Earth continued to rotate back toward the sun.

But the years did, as promised, fly by. Six years passed in a flash, but then, heading into chief residency, I developed a classic constellation of symptoms -- weight loss, fevers, night sweats, unremitting back pain, cough -- indicating a diagnosis quickly confirmed: metastatic lung cancer. The gears of time ground down. While able to limp through the end of residency on treatment, I relapsed, underwent chemo and endured a prolonged hospitalization.

I emerged from the hospital weakened, with thin limbs and thinned hair. Now unable to work, I was left at home to convalesce. Getting up from a chair or lifting a glass of water took concentration and effort. If time dilates when one moves at high speeds, does it contract when one moves barely at all? It must: The day shortened considerably. A full day’s activity might be a medical appointment, or a visit from a friend. The rest of the time was rest. 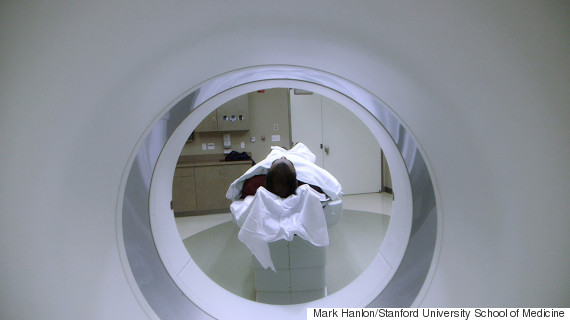 With little to distinguish one day from the next, time began to feel static. In English, we use the word time in different ways, "the time is 2:45" versus "I'm going through a tough time." Time began to feel less like the ticking clock, and more like the state of being. Languor settled in. Focused in the OR, the position of the clock’s hands might seem arbitrary, but never meaningless. Now the time of day meant nothing, the day of the week scarcely more so.

Verb conjugation became muddled. Which was correct? "I am a neurosurgeon," "I was a neurosurgeon," "I had been a neurosurgeon before and will be again"? Graham Greene felt life was lived in the first 20 years and the remainder was just reflection. What tense was I living in? Had I proceeded, like a burned-out Greene character, beyond the present tense and into the past perfect? The future tense seemed vacant and, on others’ lips, jarring. I recently celebrated my 15th college reunion; it seemed rude to respond to parting promises from old friends, "We'll see you at the 25th!" with "Probably not!"

Yet there is dynamism in our house. Our daughter was born days after I was released from the hospital. Week to week, she blossoms: a first grasp, a first smile, a first laugh. Her pediatrician regularly records her growth on charts, tick marks of her progress over time. A brightening newness surrounds her. As she sits in my lap smiling, enthralled by my tuneless singing, an incandescence lights the room.

Time for me is double-edged: Every day brings me further from the low of my last cancer relapse, but every day also brings me closer to the next cancer recurrence -- and eventually, death. Perhaps later than I think, but certainly sooner than I desire. There are, I imagine, two responses to that realization. The most obvious might be an impulse to frantic activity: to "live life to its fullest," to travel, to dine, to achieve a host of neglected ambitions. Part of the cruelty of cancer, though, is not only that it limits your time, it also limits your energy, vastly reducing the amount you can squeeze into a day. It is a tired hare who now races. But even if I had the energy, I prefer a more tortoiselike approach. I plod, I ponder, some days I simply persist. 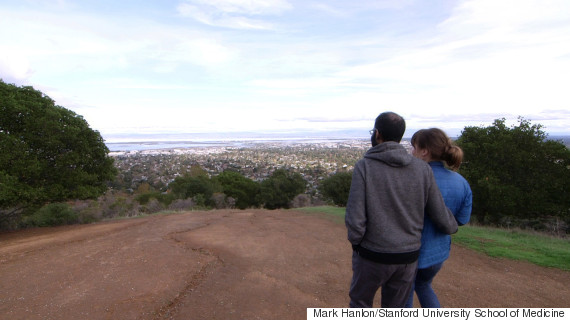 The author with his wife, Lucy.

Everyone succumbs to finitude. I suspect I am not the only one who reaches this pluperfect state. Most ambitions are either achieved or abandoned; either way, they belong to the past. The future, instead of the ladder toward the goals of life, flattens out into a perpetual present. Money, status, all the vanities the preacher of Ecclesiastes described, hold so little interest: a chasing after wind, indeed.

Yet one thing cannot be robbed of her futurity: my daughter, Cady. I hope I’ll live long enough that she has some memory of me. Words have a longevity I do not. I had thought I could leave her a series of letters -- but what would they really say? I don’t know what this girl will be like when she is 15; I don’t even know if she’ll take to the nickname we’ve given her. There is perhaps only one thing to say to this infant, who is all future, overlapping briefly with me, whose life, barring the improbable, is all but past.

That message is simple: When you come to one of the many moments in life when you must give an account of yourself, provide a ledger of what you have been, and done, and meant to the world, do not, I pray, discount that you filled a dying man’s days with a sated joy, a joy unknown to me in all my prior years, a joy that does not hunger for more and more, but rests, satisfied. In this time, right now, that is an enormous thing.