What would it sound like if the Beatles reached nirvana? Probably a lot like Dave Grohl performing a Beatles song with Paul McCartney.

During McCartney's show at London's O2 Arena on Saturday night, the former Nirvana drummer joined the former Beatle for a performance of "I Saw Her Standing There," from the Beatles' debut album, "Please Please Me." This isn't the first time McCartney and Grohl have performed the song, though. The two previously played the Beatles' classic at the 2009 Grammy Awards, with Grohl on the drums.

McCartney and Grohl also previously worked together on "Cut Me Some Slack" from the soundtrack to Grohl's documentary "Sound City." The track, which they worked on with Krist Novoselic and Pat Smear, earned them the Best Rock Song award at the 56th annual Grammys.

Saturday night's London show also came with another big surprise. McCartney played "Temporary Secretary" from his album "McCartney II," which Rolling Stone has called one of "the 12 weirdest Paul McCartney songs." It was McCartney's first live performance of the song since its release in 1980.

McCartney is playing a second show at the O2 Arena again on Sunday, so more surprises are likely in store. 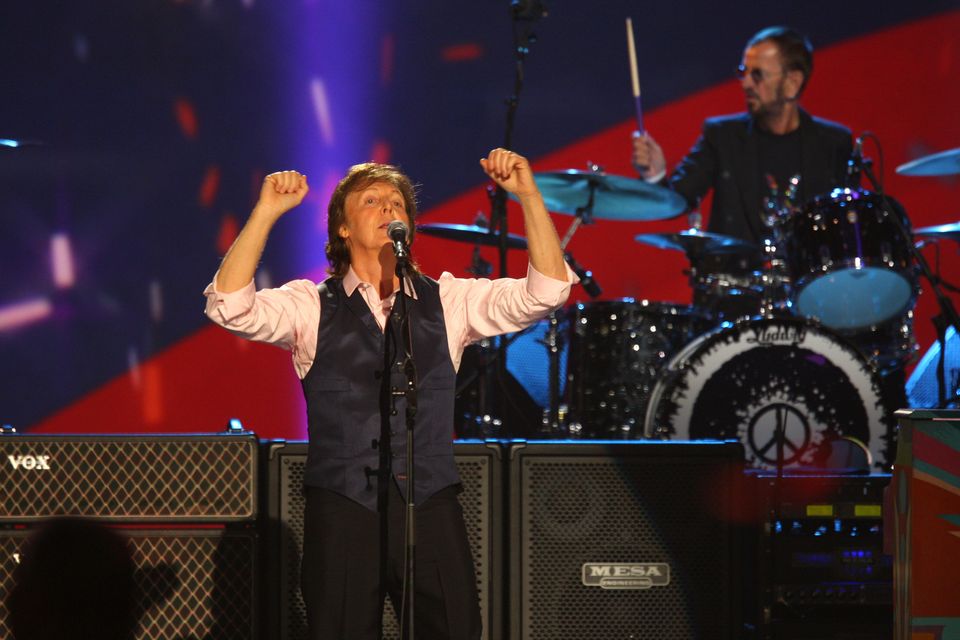 1 / 116
Paul McCartney, Ringo Starr
Paul McCartney and Ringo Starr perform at The Night that Changed America: A Grammy Salute to the Beatles, on Monday, Jan. 27, 2014, in Los Angeles. (Photo by Zach Cordner/Invision/AP)
AP