It's a case of addition by subtraction for a boy in Uganda, born with four extra limbs.

When Paul Mukisa was born on May 27 in the village of Nabigingo, he showed signs of "parasitic twinning," a condition where one of the twins is not fully developed.

The child and the parasitic twin shared part of the same pelvic bone, but examinations showed that Paul's heart was on the right side of the body while his liver was on the left -- the opposite of most humans. 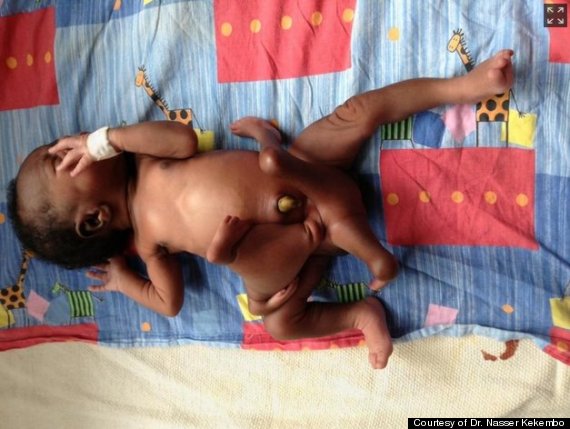 After Paul was diagnosed with having the parasitic twin, doctors waited three months until he was big enough for surgery.

That happened Aug. 18, according to Dr. Nasser Kakembo, who operated on the child.

"The baby was given general anesthesia and the torso and trunk of the parasitic twin, which had two arms but no head or heart, was detached from the host baby," Kakembo said, according to the New York Daily News. "Then we also detached the lower limbs of the parasitic twin from the host, which included disarticulating the right and left lower limbs as they were attached by joints."

The heart and liver were moved to the correct places in the body. 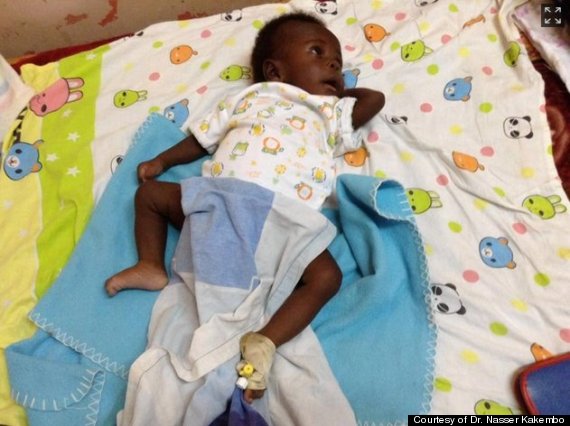 The doctors were able to control the bleeding and fashioned skin flaps to close the wound.

The child is recovering nicely and is expected to leave the hospital in two weeks.

Although Paul is expected to make a full recovery, doctors said his super-sized pelvic bone may cause him to have a wide gait, a condition that may require orthopedic reconstruction in the future, according to UPI.com.

Dr. Kekembo said the parents are grateful because they first assumed their child was a victim of witchcraft, the Daily Star reports.