Winston Churchill once famously observed that democracy was the worst form of government -- apart from all the others that had been tried.

If he were alive today he might say the same thing about capitalism as a model for economic and social progress.

The reality is that while capitalism has brought unprecedented growth and prosperity, it has also perpetrated a flawed and dysfunctional economic system -- fuelled by short-term expectations -- causing growing disparities between rich and poor, and a disregard for natural capital.

People are increasingly pitted against planet. This is not sustainable: populations are rising and demands on an already constrained resource-base are bringing us to breaking point. We are pushing at the limits of our planetary boundaries. Not surprisingly scientists are warning of the very real prospect of an 'abrupt and irreversible' change to our environment.

We live in a world full of extremes and contradiction: the 1.2 billion poorest people on the planet account for only 1 percent of global consumption, while the billion richest are responsible for 72 percent of the total. A recent study showed that the 85 richest people in the world have accumulated the same wealth as the bottom 3.5 billion. One in eight people go to bed hungry every night, whilst 1.4 billion adults are overweight.

Any system that falls out of equilibrium in this way - so that too many people are not fully participating and feel excluded - will ultimately be rejected.

We face these issues at a time when people's trust in governments' and other institutions' ability or willingness to address the challenges is at an historic low. According to the latest Edelman trust barometer, less than half the general population trust their governments.

Much of the distrust stems from governments' short-term horizons, which appear not to extend much beyond the next election.

Business fares slightly better on trust, but not much. A succession of scandals - everything from fixing bank base rates to the discovery of horsemeat in the food chain - has undermined people's faith in business to act in the wider interests of society.

Feeling disillusioned, people are calling into question the whole basis of capitalism, as we have understood it. We see this with movements such as Occupy Wall Street and Earth Day. Others are
taking to the streets to vent their frustrations, in the Arab Spring countries and more recently in Brazil, Turkey and now in Venezuela and Ukraine.

It is clear that our current system has to change. We must reconsider much of what we do, from the way we generate and distribute wealth to the way we accommodate growth and make use of resources. We need business models to drive new forms of long-term capitalism - mindful, responsible and inclusive.

I am hopeful because I believe we are reaching a tipping point where the cost of inaction is starting to exceed the cost of action.

We already see this for food security: according to the FAO, it would take only $80 billion a year to feed the hungry, yet food waste represents a cost of $750 billion per year.

There is not just a moral obligation to act now, there is a clear commercial imperative. The UN Secretary General has calculated that, since 2000, economic losses from natural disasters total
around $2.5 trillion. KPMG estimates that, for the food industry, a 'no-change' scenario could wipe-out all profits by 2030.

Redefining capitalism requires businesses to develop longer-term models in which growth is aligned with the needs and aspirations of the communities that they serve. Being 'less bad' is no longer sufficient. This goes beyond corporate social responsibility. It's about moving from share value to shared values where business sees itself as part of society, not separate from it; where the focus is on the long term, not on quarterly earnings; and where the needs of citizens and communities carry the same weight as those of shareholders.

It is an approach we are pioneering at Unilever.

We started five years ago by giving ourselves the space to develop a longer-term model.

We abandoned guidance to the financial markets and then moved away from quarterly profit reporting - a major contributor to the financial crisis of 2008. We changed our compensation system for the long term.

Then, in 2010, we launched the Unilever Sustainable Living Plan.

This sets out an ambition to double the size of the company while reducing our environmental footprint and increasing our positive social impact. It is a new model for sustainable, equitable, longterm growth.

The Plan has three big goals that it aspires to deliver by 2020:

• to help a billion people take action to improve their health and well-being;
• to halve the environmental impact of our products; and
• to source 100% of our agricultural raw materials sustainably.

These goals are underpinned by 50 time-bound targets.

We believe this kind of approach will become the only growth model acceptable to consumers. It is a model based on a simple premise: to be accepted, business should serve - and not take from - the societies and environments on which it relies in the first place. We have to become net contributors.

What makes Unilever's commitment unique is that it covers all our brands and geographies and takes responsibility for our total impact across the value chain. Moreover, it places equal emphasis
on environmental and social challenges.

We see the Plan come to life on an issue such as hygiene.

It cannot be right that two million children under five die each year from diseases like diarrhoea and pneumonia. Handwashing can help prevent many of these deaths. This is why our Lifebuoy soap brand has developed a mission to reach millions of people across Asia, Africa and Latin America with its educational programmes to increase handwashing.

And it's working. A recent independent study of the impact of Lifebuoy's intervention in one of the worst affected parts of India found that the incidence of diarrhoea among children fell from 36% to just 5%.

The best news is that Lifebuoy is one of Unilever's fastest growing brands. To those who use it and work on it, Lifebuoy is no longer just a soap, it is a movement to improve lives. Increasingly, all our brands are embracing this philosophy.

We recognise, though, that there is a limit to what any one company can achieve. Transformational change will only come from businesses and others acting together.

After all, none of us can thrive in a world in which:

• planetary boundaries are constantly being breached;
• one billion people go to bed hungry every night;
• 2.8 billion people are short of water and 2.3 billion are living without access to basic sanitation.

The only way to address challenges of this magnitude is for business to scale up our own efforts. That requires us to work together.

For me, this is one of the most exciting developments in the move towards new forms of capitalism: a chance to bring about real and lasting transformational change.

Again, I am hopeful, because the momentum is building. As the cost of inaction becomes more apparent, so governments and businesses are showing themselves willing to act. The reality is that if governments are prepared to create the right policy framework, it takes only a handful of sizeable companies to reach a tipping point and transform whole markets.

This is already happening on the issue of deforestation, a major contributor to climate change (15% of global emissions according to the latest IPCC report). No one player can solve this problem alone.
That is why in recent years we have seen industry come together - in the shape of the Global Consumer Goods Forum - to pledge an end to illegal deforestation. This has helped give birth to a new public-private partnership, the Tropical Forest Alliance, which draws in relevant governments.
It is a model that is working and being replicated across other sectors.

We still have a long way to go, but I do believe the tide is turning. Evidence is building that new business models - such as that which Unilever is pioneering - can deliver equitable and sustainable growth. And more and more we see businesses willing to put differences aside and work with receptive governments and NGOs to bring about meaningful and transformational change.

Event such as this Conference on Inclusive Capitalism, that brings together those responsible for a third of the world's investable assets, are also helping to build momentum, particularly in the financial sector.

We also see young people pressing for change, including through bodies such as One Young World and Free the Children. This gives me further cause for optimism because not only does this generation have the passion and desire for change, it also possesses the digital and creative skills required to organise and mobilise for change.

We may still be at the foothills of this journey but I am convinced that it is with the reach of this generation to redefine capitalism and eradicate poverty, in a sustainable and equitable way. There has never been a better time to create a brighter future, including for those yet to come.

We have no time to lose. As Ghandi reminded us: 'The future depends on what you do today.' 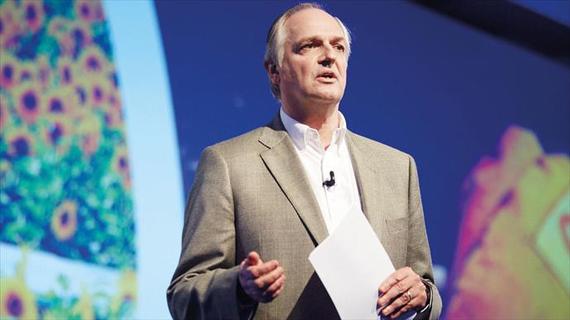