A chance discovery by a group of repairmen in Boston has led to the unearthing of a centuries-old time capsule, believed to have been buried there in the 1790s by Paul Revere and Samuel Adams.

The antique time capsule, which had been placed in a cornerstone of the Massachusetts State House, was discovered this week when workers who had been repairing a water leak at the building stumbled upon it, CNN reports.

Museum of Fine Arts conservator Pamela Hatchfield was promptly called in for her expertise, and on Thursday, after about seven hours of painstaking, backbreaking work, she -- with the help of several workers -- successfully extricated the almost cigar box-sized container from its burial place.

"I feel happy and relieved and excited,” Hatchfield told the Associated Press after the time capsule’s successful removal, “and really interested to see what's in this box.” 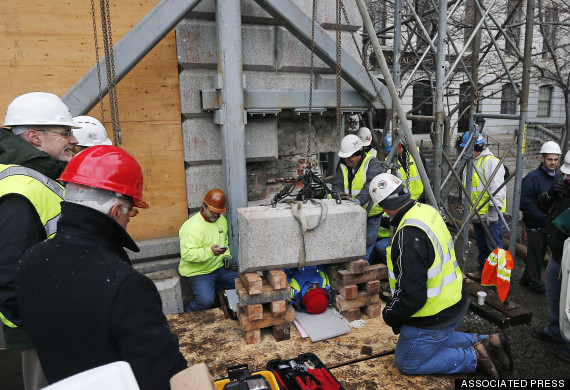 Massachusetts officials work to remove the time capsule from the cornerstone on Thursday, Dec. 11, 2014.

The time capsule is believed to have first been buried at the State House in 1795 by revolutionary war hero Paul Revere and Samuel Adams, who was the governor of Massachusetts at the time. It’s thought to be one of the oldest time capsules in the United States.

According to the Boston Globe, the antique container was unearthed once before, in 1855, when emergency repairs to the foundation reportedly led to its temporary removal. However, it hasn’t seen the light of day since. 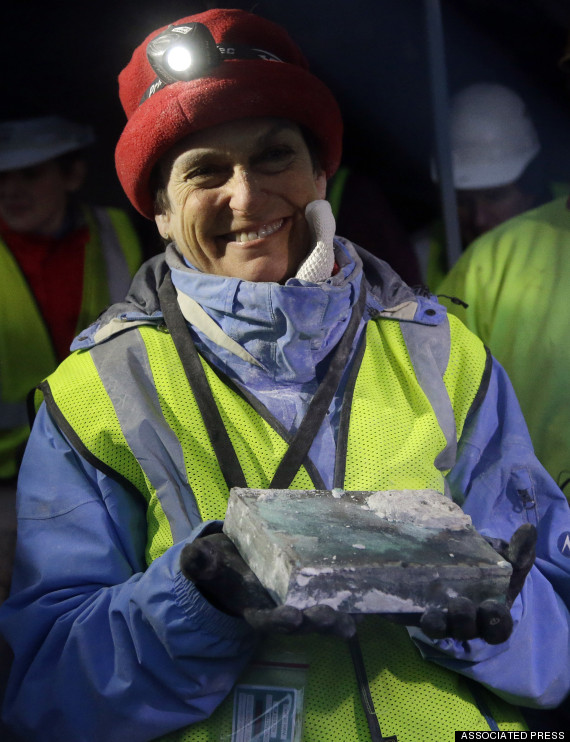 As for what treasures the capsule may contain, Massachusetts Secretary of State William Galvin told CNN the box is known to house “a Paul Revere plate, papers, and coins from the 1600s," among other artifacts. The condition of the container's contents, however, remains unknown.

Galvin said that the capsule will be X-rayed and examined by experts, and its contents will likely be revealed to the public next week.

“Hopefully there will be no damage and we will be able to observe the artifacts that trace us back to the history not only just of this building, but of our Commonwealth and our country,” he told the Globe.