Ohio-based artist Paul Richmond is hoping to "investigate the construction of identity" and masculinity with his incredible new series, which is set to make its Provincetown debut later this month.

The "War Paint" series uses the symbolism of body painting to "challenge conventions around masculinity and the male form," Richmond told The Huffington Post.

"The application of pigment is suggestive of their psychological states, the color of their self-made armor exposing more than it conceals," Richmond said. The work is a considerable departure from his "Cheesecake Boys" series, which put a twist on gender stereotypes by casting gay men in classic pin-up poses.

"By deconstructing and rebuilding the figure, my goal is to invite understandings that reach beyond the immediate surface and reveal the complexity of the individual," he added. 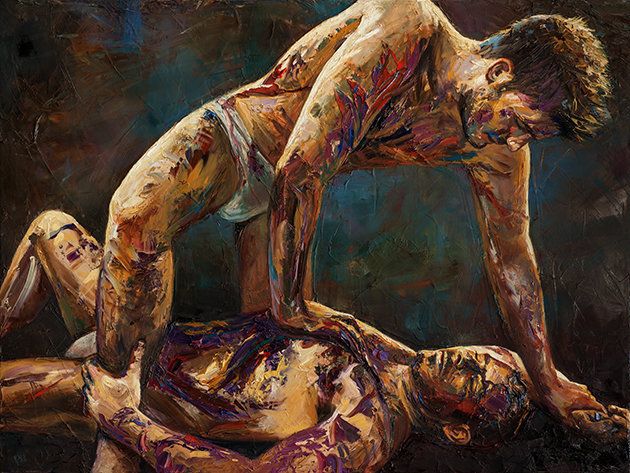