CINCINNATI -- Rep. Paul Ryan (R-Wis.), the Republican vice presidential nominee, became on Tuesday the latest politician to weigh in on the growing controversy over the issue of replacement referees in the NFL. And like virtually everyone else, including a surprising number of Republican lawmakers, he's siding with the union on this one, albeit without formally endorsing its demands.

In a campaign stop outside of Cincinnati on Tuesday, Ryan immediately voiced his displeasure over the football game the night before, in which his home-state Green Bay Packers lost the game on the last play via a botched call.

"You guys watch that Packers game last night?" Ryan asked an audience inside the factory warehouse at Byer Steel. "I mean, give me a break! It is time to get the real refs. And you know what it reminds me of? President Obama and the economy. If you can't get it right, it is time to get out."

Ryan, clearly aggrieved over last night's football game -- which ended with a Packers interception that was called, instead, a Seattle Seahawks touchdown -- couldn't let it go. Later in the speech, while assessing the state of the campaign, he lamented: "Unlike the Seattle Seahawks last night, we want to deserve this victory."

It wasn't, necessarily, an expression of support for the union's demands, which center primarily on stopping a freeze to its long-running pension plan and switching to a 401(k)-like retirement system. "I haven't had that conversation with him," Ryan's spokesman Brendan Buck told The Huffington Post, when asked how Ryan felt about the dispute. Buck also said, "Like all football fans, he just wants the two sides to find a resolution soon - like before yesterday."

But Ryan's comment was, at the very least, a nod to the idea that the union refs are better than the replacements. Another Republican straddling that line is Wisconsin Gov. Scott Walker, who took to Twitter on Tuesday to yearn for the return of the striking referees.

"After catching a few hours of sleep, the #Packers game is still just as painful," wrote the same governor who last year championed a law stripping away collective bargaining rights for most public-sector workers. 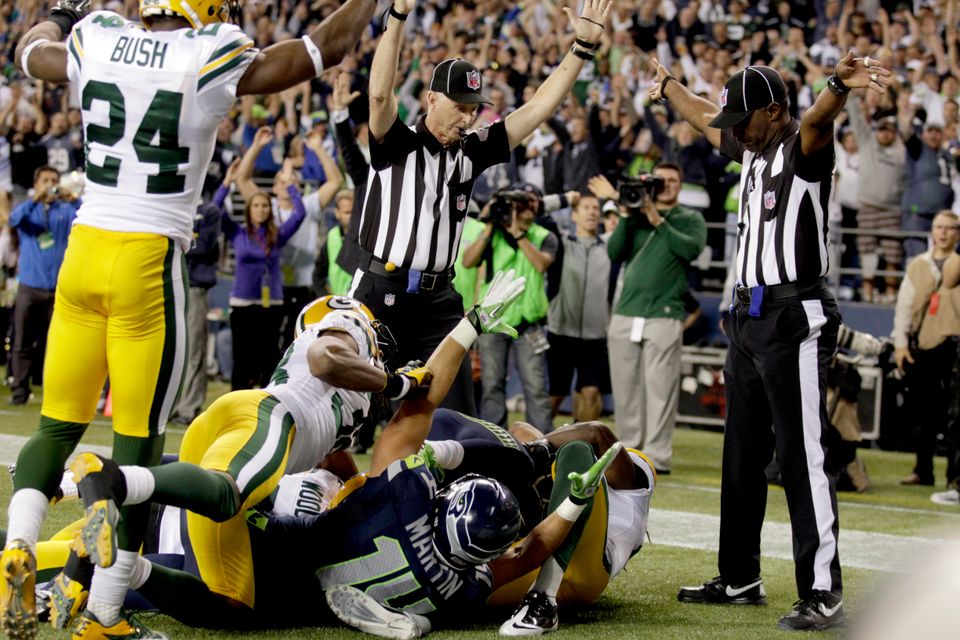