Manchester United earned a key victory Saturday, in large part due to a late goal from midfielder Paul Scholes. After the game, he embraced teammate Gary Neville and began to kiss the captain.

Kisses between teammates after an important victory are not unheard of, but apparently one ESPN Soccernet editor read more deeply into the moment. He posted a picture of the pair smooching on Soccernet and named the file "nevillegay." As Dirty Tackle points out, the name was later changed to "nevillekiss" and was ultimately taken off the site when more recent news replaced Man U's victory.

Scroll down to see two pictures of the teammates kissing. 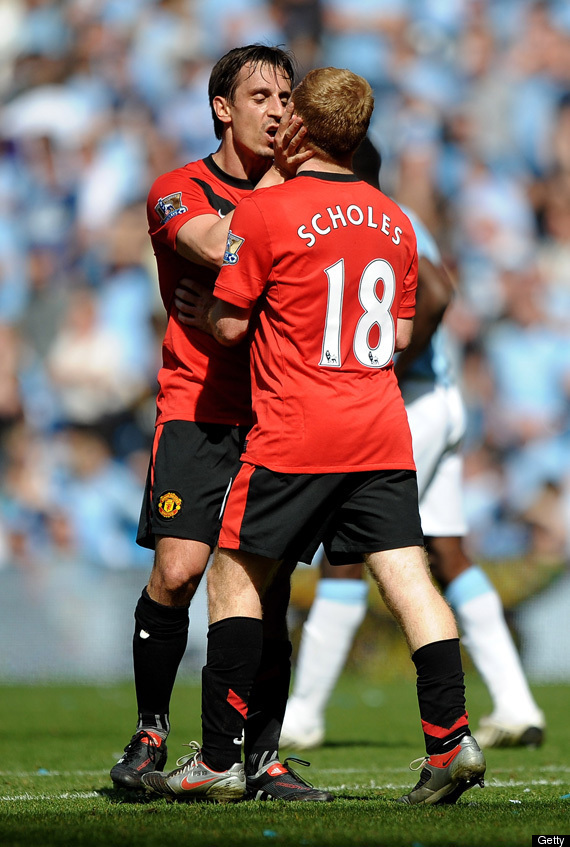 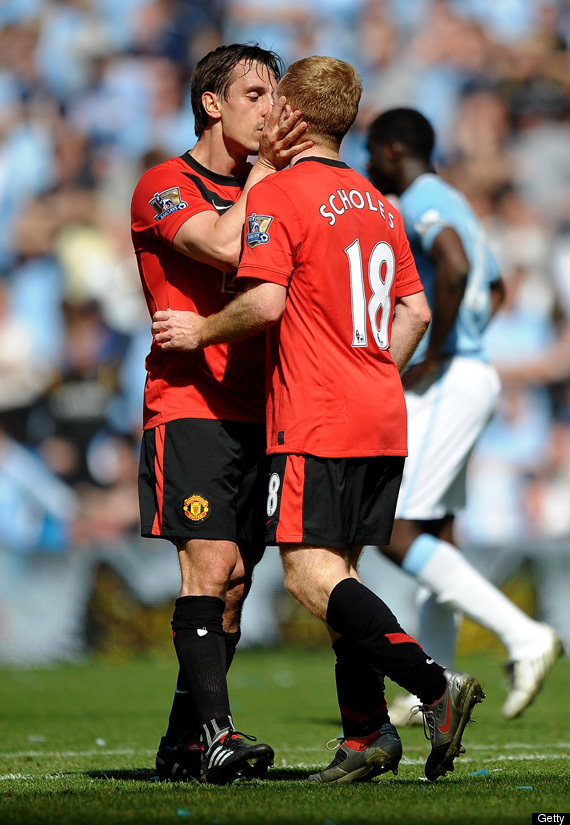 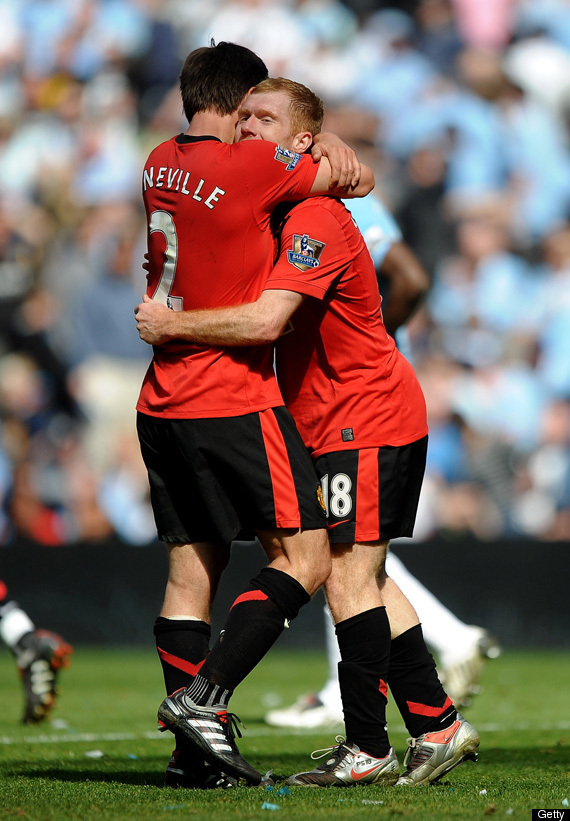