KISS singer and rhythm guitarist Paul Stanley and bassist Gene Simmons are both known for being outspoken and having big personalities, so when the bandmates met for the first time more than four decades ago, they didn't quite have a breezy, instant connection.

Stanley recalls the duo's initial clash during his interview for "Oprah: Where Are They Now?," saying that he and Simmons first came face-to-face at the home of a mutual friend, with whom both men played music in separate bands. Stanley says that his first impression of Simmons was less than favorable.

"I didn't like him," Stanley says. "I thought he was full of himself, opinionated, brash, insulting."

In fact, Stanley was put off as soon as Simmons spoke his first words to his future bandmate.

"Gene's first comment to me was, 'Oh, I hear you write. Play me something.' He was a bit smug and arrogant," Stanley says with a sly smile. "Nothing has changed!"

Despite the exchange, the two ended up joining forces and forming their now-infamous rock band. Over the years, KISS weathered a rocky start with a debut album that wasn't a big seller, creative differences that led to two other original bandmates being replaced and public controversies that include their more recent wrangle with the Rock and Roll Hall of Fame. But through it all, Stanley and Simmons have stuck together.

"Look, the fact that we're together 40 years is a testament -- actually, we've been together 44 years," Stanley says. "It's like a marriage. And, thankfully, I never see him without his clothes."

Where Are They Now? OWN Video Own Oprah Winfrey Network Paul Stanley 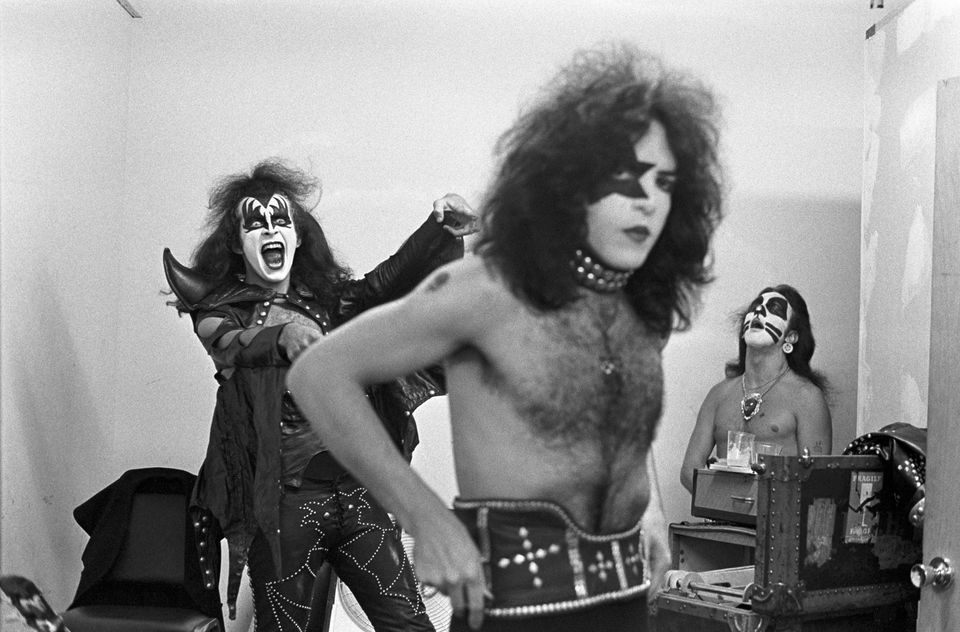 1 / 57
Kings of the Nighttime World
Gene Simmons of Kiss, practicing his moves while Paul Stanley gets ready, before performing at Alex Cooley's Electric Ballroom. (Photo by Tom Hill/WireImage)
Getty Images