Paul Vallas is ready to run again. "Cook County is broken, and I like fixing things that are broken."

The speed-talking, reform-minded maverick who was CEO of Chicago Public Schools under Mayor Daley, then lost the 2002 gubernatorial primary to Rod Blagojevich by just 25,000 votes, went on to make a national name rescuing school districts in Philadelphia and New Orleans.

Now, he told the Chicago Sun-Times, he is coming home for good at the end of the year to run for president of the Cook County Board in 2010.

Not as a Democrat, which he has been all his life, but as a Republican. 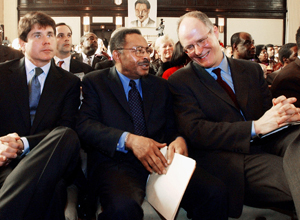