"Fast and the Furious" star Paul Walker died in a car crash on Saturday (Nov. 30) in Santa Clarita, Calif., and photos from the scene of the accident have surfaced.

Walker was the passenger in his friend Roger Rodas' Porsche Carrera GT when it struck a pole then a tree before bursting into flames and exploding. Both were killed in the fiery crash. Although it is not yet known what caused Rodas to crash the car, authorities have said that speed was a factor. 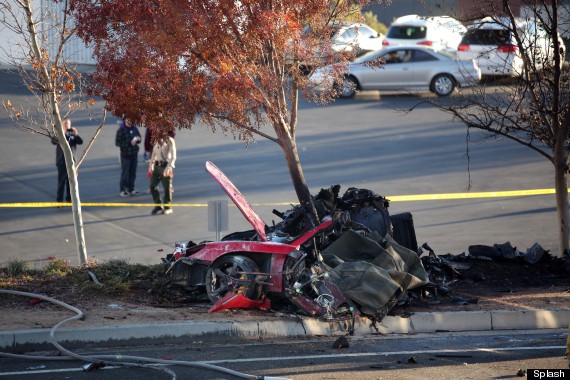 The pair were attending a charity event for Walker's organization Reach Out Worldwide right before the tragic collision.

"I'm just glad that every time I saw him, I told him I loved him," Walker's dad Paul Walker Sr. told CBS2 News of his son. "And he would say the same thing to me."

Walker, 40, is survived by his father; mother, Cheryl Walker; his brothers, Cody and Caleb; his sister, Ashley; and his 15-year-old daughter, Meadow. Rodas, 38, was married and had two young children.

See photos from the scene of the accident below: