The southern-cooking queen isn't the only one in the Deen family showing off a new, fitter figure.

In the latest issue of People magazine, Paula Deen, now down 40 pounds since she announced her diabetes diagnosis a year ago, shares how her husband and two sons have also benefited from her journey to get healthy.

Together, the four have lost 178 pounds total. Deen's husband, Michael Groover, is down 60 pounds, according to People, while eldest son Jamie has shed 45 and Bobby has lost 33. For the full story on her family, click over to People.com.

Her diagnosis came with a hefty dose of controversy, as she revealed she had diabetes at the same time as announcing a new partnership with Novo Nordisk, the maker of a diabetes drug, The Atlantic reported. She had also hidden the condition for some time, while continuing to promote her notoriously butter-laden recipes, according to the AP.

But she seems to be on the right track, especially if her family is on board. Social support -- whether it's from family members or even close friends -- can be the key to lasting weight loss. Shedding pounds as a team affords people the opportunity to swap healthy recipes, discuss their progress and exercise with a like-minded buddy who can help maintain accountability, according to the American Psychological Association. Even virtual social support -- via Twitter, for example -- can help people lose the weight and keep it off, according to a recent study.

Of course, a few small changes to her cooking repertoire can't hurt, either. Deen has reportedly swapped in Greek yogurt for creaminess in some of her recipes, HuffPost Food reported earlier this month. 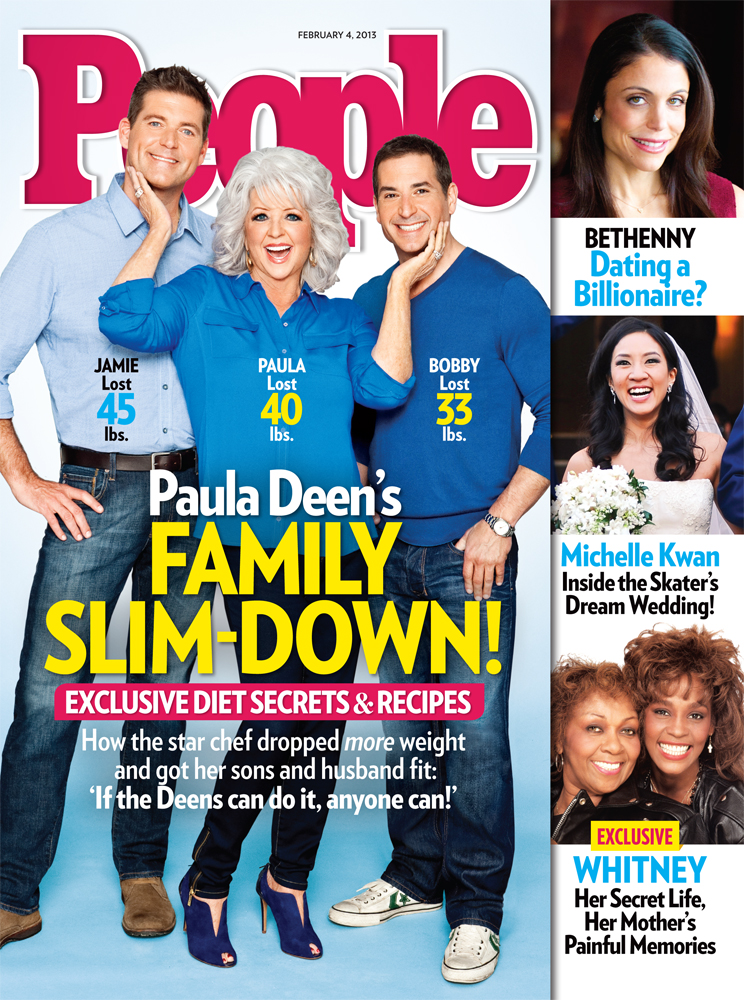 Check out more inspiring celebrity weight loss stories in the slideshow below: