This video documents the quite violent art performance Noise Body, which the New York-based Brazilian artist Paula Garcia performed at Fondation Beyeler in Riehen (Switzerland) as part of the exhibition The Artist is an Explorer, curated by Marina Abramovic. After the artist's body is covered with iron scraps and very strong magnets, other performers throw nails at her that stick to this iron armor, until she can't stand the weight of the material any more. This specific performance at Fondation Beyeler is entitled #8 in the Noise Body Series. It's an art procedure that Paula Garcia developed from 2005 to 2014. In this video, the artist provides us with an introduction to the piece and her work in general. 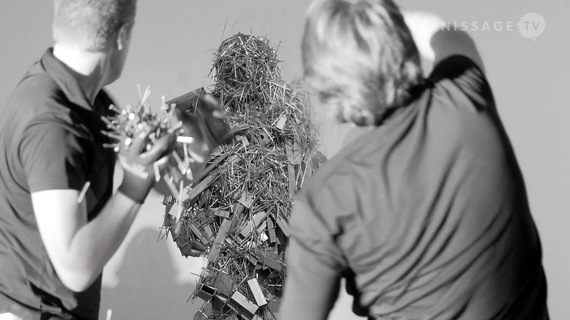