Sorry, fellas. The daughter of hockey legend Wayne Gretzky is off the market.

Paulina Gretzky is engaged to golfer and PGA star Dustin Johnson, who won the Hyundai Tournament of Champions this year.

The newly engaged couple went public with the news on Instagram early Sunday. Johnson posted first, sharing a photo of the engagement ring with the caption "She said yes!!!!!"

Gretzky followed up with her own photo post, writing: "Never Been Happier."

It seems Johnson did not wait very long to pop the question.

Reports that Gretzky was dating the PGA star first surfaced in early January, and by February, the pair became increasingly open about their relationship, posting intimate photos on Instagram. In April, the hockey heiress attended the 2013 Masters Tournament to show her support for her beau. 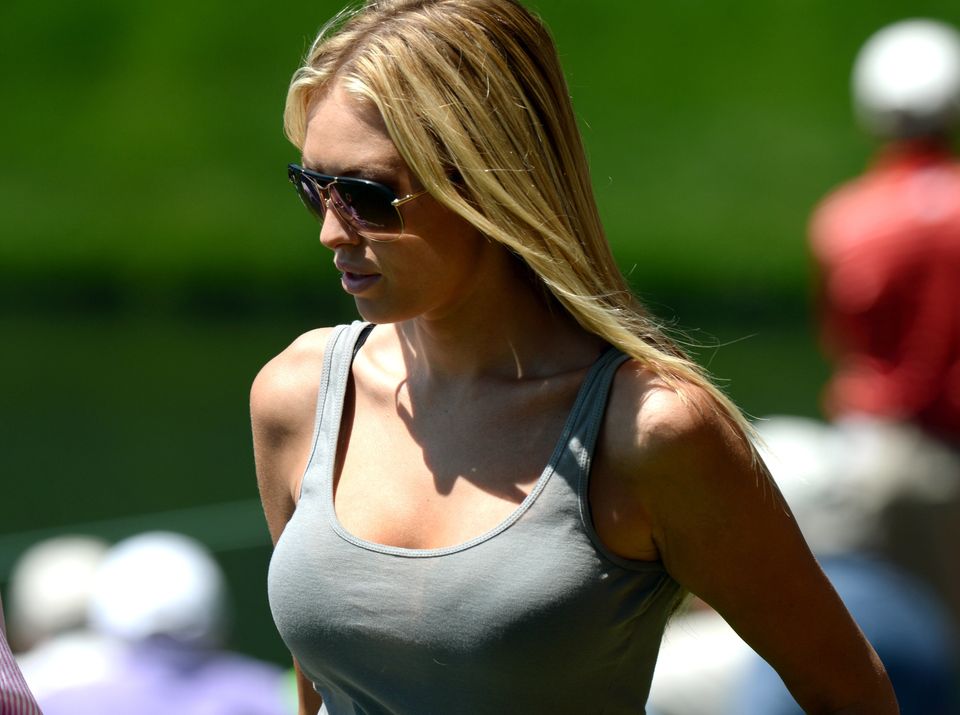 1 / 6
GOLF-US-MASTERS-PAR 3
Paulina Gretzky, girlfriend of Dustin Johnson of the US and the daugter of hockey legend Wayne Gretzky during the Par 3 Contest held the day before the start of the 77th Masters golf tournament at Augusta National Golf Club on April 10, 2013 in Augusta, Georgia. AFP PHOTO / DON EMMERT (Photo credit should read DON EMMERT/AFP/Getty Images)
Getty Images