In an interview with the UK's Closer magazine, Potter described how her reignited sex life with ex-husband Alex has helped her lose 98 pounds.

“I can’t move much in bed, but I burn 500 calories a session –- it’s great exercise just jiggling around," Potter told Closer. Potter, who had been consuming 10,000 calories a day, hopes to reach her goal weight of 532 pounds with the help of Alex. The two have sex up to seven times each day.

She makes sure to have some fun, too.

“We love foreplay and massages and, as well as full sex, I pleasure Alex, too," she told the magazine. "My bed is strengthened and, although I can’t buy sexy lingerie, I drape a nice sheet over me.”

After meeting online in 2002, the couple married in 2005 and, when Potter failed to bond with Alex's son, the two split up three years later. The break-up triggered Potter's weight gain. She began consuming copious amounts of high-calorie foods and packed on the pounds.

With all the extra weight on her, Potter became depressed. She contacted the Guinness Book of World Records in hopes that winning the title of "World's Heaviest Woman" would shame her into losing weight.

When Alex got wind of the publicity surrounding Potter, he decided to visit her and the flame was quickly rekindled.

“Within the first day of being back together we had sex six times in 24 hours," Alex told the Sun last November. “Even though one of Pauline’s legs weighs more than I do, we’re able to position her body to make sex enjoyable for both of us."

Alex, who weighs just 140 pounds, does most of the work in the bedroom.

“It’s really dangerous for us to have sex because at any moment the bed could collapse and one or both of us could be seriously injured or even killed from the impact," he told the Sun.

But using sex for weight loss is not an unheard of activity.

"Shagging can make you slimmer, if you do enough of it," Dr. Yvonne Kristin Fulbright, a sex educator, relationship expert, columnist and founder of Sexuality Source Inc., wrote for Fox News in 2008. "It can also help the two of you fall for each other all over again. Requiring no monthly fee — dress code optional – you can 'sexercise' yourself into shape. This is one gym membership you’ll never want to drop."

Dr. Fulbright, who has contributed to The Huffington Post and who earned her Ph.D. in International Community Health Studies at New York University, also writes that a good "sexercise" routine can not only lead to weight loss, but also to improved blood flow, strengthening of the heart, better cholesterol, better sleep, more energy, improved muscle tone and decreased stressed.

While Potter's sex life is speeding at full-throttle, she's also reined in her eating habits. She no longer eats 10,000 calories per day, though she still enjoys the occasional Big Mac. 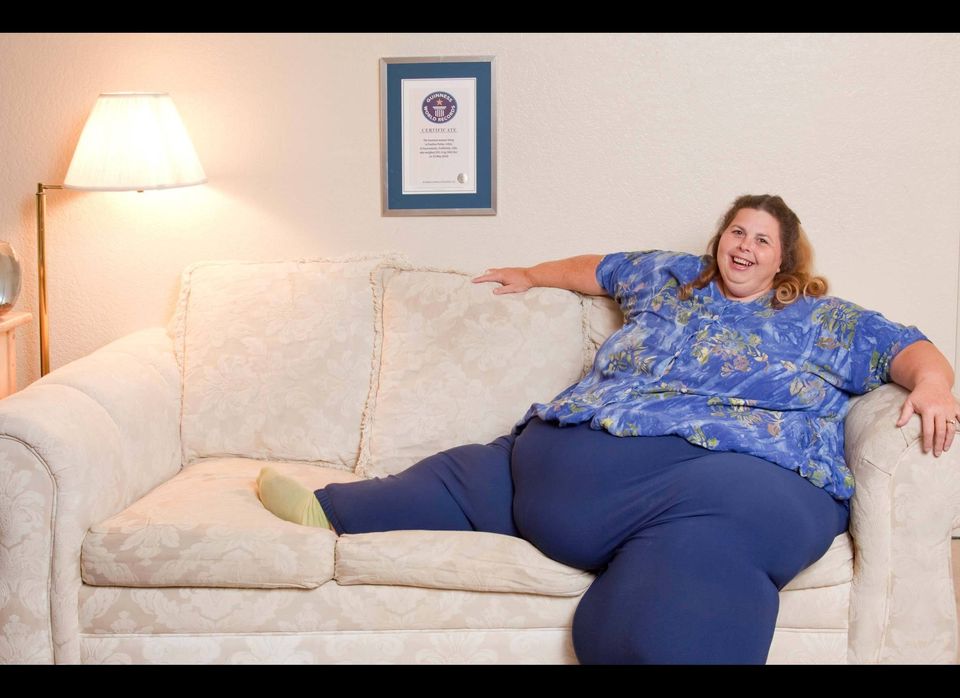