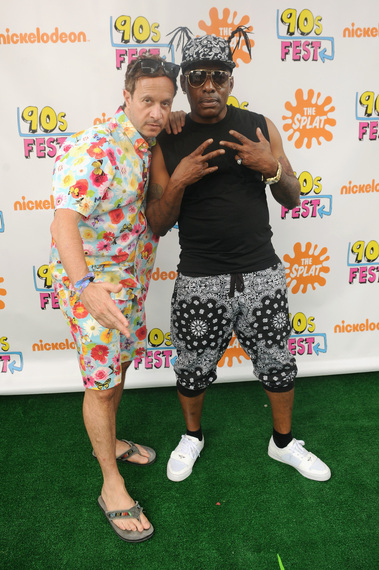 Grab your slammer and get those pogs flying because the 90sFest is returning to New York City on September 10th. After captivating the Throwback Thursday generation last year in Brooklyn, the festival is coming to Governor's Island and will take concert goers to a simpler era where Pokémon couldn't be caught using cellphones. Pauly Shore will be the master of ceremonies and is looking forward to the event. Shore, best known for being the king of MTV in the 1990s, told me in an exclusive interview that he is ready to return as the host of the ultimate gathering that proudly celebrates nostalgia. "I like the energy. I did it last year when we did Brooklyn and that's why I'm coming back. It's a really cool environment. And the '90s were a really fun time for me, before the internet obviously. People didn't care as much. People were just having fun," he said.

Pauly Shore is no stranger to being a man that shows people a good time. The former on-air MTV VJ was infamous for throwing the annual MTV Spring Break celebration that would get the whole world buzzing for weeks on end. He told me, "At the time MTV was the biggest thing in the world. Bigger than Saturday Night Live. Bigger than pretty much anything. I was the face of MTV for a while. I would go on tour and the tours were crazy because I was a stand up comic to get people to come to my shows. They would just be standing. And then I would do songs and they thought I was almost like a rockstar." Shore was cutting edge and very different from what was being presented on television at the time. He was the perfect fit for MTV as the network was looking for someone who could put a unique touch on the already exciting channel. "It was cool because for me I was kind of like the West Coast version of MTV. At the time MTV was very East Coast and then I came on the scene. I was the first person to really take the cameras out to America. It would be me and the camera just bopping around. There hasn't been anything like it," he told me.

This year the 90sFest will feature acts such as Sugar Ray, C&C Music Factory, Sister Hazel and Bone Thugs N Harmony. When Shore was asked what fans can expect when he takes the stage this Saturday, he told me, "I'm the kind of host that figures out what's going on and adapts to the situation. I don't go out there with a big plan. My style even back when I used to host MTV was always unscripted. I like to have fun and riff with people. Maybe I'll dance on stage with the bands. Last year I danced with Salt-N-Pepa. That was great." He also expects the talent to get in on the action as well. He followed up by saying, "A lot of these bands did MTV Spring Break with me back in the day and they remember that's what we used to do." 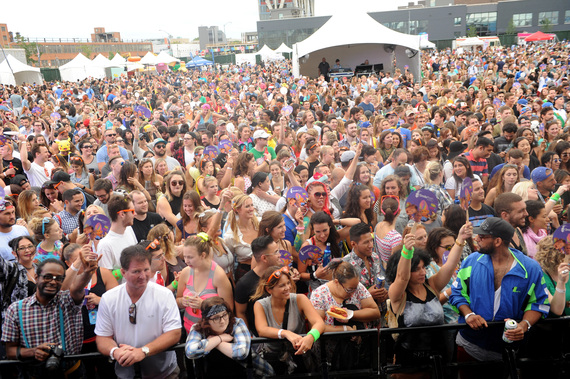 The bands aren't the only guests invited to the party. The 90sFest has partnered with The Splat which will bring festival attendees a totally immersive experience. Fans of the '90s can look forward to activities featuring Nickelodeon's hit game shows including Legends of the Hidden Temple, GUTS and Double Dare. When Pauly Shore was asked if any beloved Nickelodeon cartoon characters will make surprise appearances, he said with a wide smile, "I know we had the Rugrats running around last year. That was hilarious." People are expected to look fresh to death in their flyest '90s outfits they can scavenge together. Shore had a very distinct interest in a couple of particular fashion accessories that just screamed that they came from the best decade ever. "It's really about the scarf for me. And the knit tops. It was kind of like a cross between Steven Tyler, my mom and me. It was a combo with a whole bunch of influences," he calmly stated.

It's quite possible that Pauly Shore's extensive scarf collection might turn green by the end of the night. Slime will play a big part of the event. When asked if he expects to get slimed, Shore nodded. "I think so. I think that's part of my deal. As long as Anthony Weiner is not around."

If you are interested in reliving your childhood memories, you can purchase tickets to the 90sFest here.