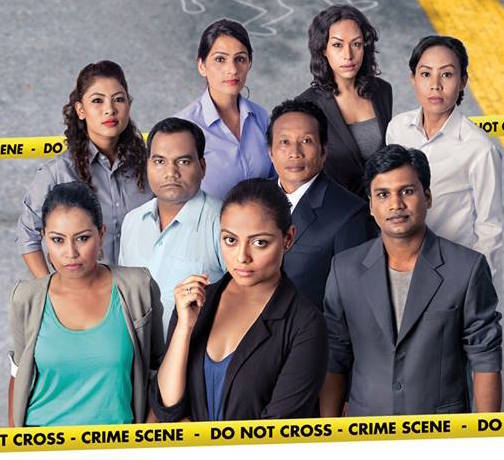 Yes, Nepali reality televisions show - 'Paunch' for social change whose dictionary meaning translates to 'access'. With the success of Pahunch Season 1, it is not surprising that fans are eagerly waiting "Pahunch" Season 2.

This game show season 1 gathered rave reviews from the public, and this has encouraged the producer to start season 2 of this show. Given the manifold interest of viewers towards, Pahunch, Search for Common Ground has also announced the second season of the reality TV game show. The format of the reality show will be the same, and the producers will introduce more evidence-based challenges. Season 2 of Pahunch is expected to be more interactive in terms of public participation.

Pahunch is a reality TV game show produced by Search For Common Ground (SFCG) - Nepal with the intent to foster a sense of empathy for and trust in the police in Nepal. The entertainment-education initiative, which involves the participation of everyday Nepalese, reiterates the importance of collaboration between the Nepal Police and the citizenry in order to uphold peace and security.

'Reality shows have great potential for peacekeeping as they spark dialogues around issues that are barely discussed in the public sphere,' producer of Pahunch reality TV game show and program director of Search for Common Ground Yubakar Raj Rajkarnikar said "The reality show has succeeded in humanizing the police, and also triggered a sense of belonging to the public towards the police. Nepal Police cannot function in isolation, and they need the support of the public to ensure peace and security this is the key message of the reality TV game show,"

According to Communications and Outreach Coordinator of Search For Common Ground Ayush Joshi, The 13 episode edutainment based reality TV game show is designed to strengthen collaboration and trust between the police and the public. It also aspires to inform the public about police work. The 8 contestants of the reality show engaged in various evidence-based challenges to solve cases of sexual harassment, homicide, human trafficking, etc. The contestants were provided with specialized training to investigate cases designed in close coordination with the Nepal Police.

Gyan Bahadur Lama, 50, had been declared the winner of the first season of the show. National Level Basketball Player, Maya Shyangten, and model, Prabina Dahit were declared as first and second runner-up. The winners were awarded the cash prize of two lakh, fifty thousand, and thirty thousand respectively. After winning the reality TV game show, the former Maoist combatant expressed his gratitude grateful to his fans who supported him throughout this journey.

"I am thankful to the Nepal Police officers who trained and mentored us," he also expressed his commitment to work closely with the Nepal Police. "During the conflict, I thought the police were against us. But after being a part of Pahunch, I have realized that they too are like us, and they need our support."

Beginning on September 23, 2016, the show was broadcast every Friday at 7:25 pm on Nepal Television. The reality show featured 8 contestants hailing from diverse social and political backgrounds, such as Sophie Sunuwar, who is a makeup artist and a lesbian, gay, bisexual, transgender, and intersex (LGBTI) activist, Maya Syangten, a national basketball player, and Gyan Bahadur Lama, a former Maoist. With the mentorship of Nepali police officers, participants solved fictional cases of homicide, burglary, domestic violence, human trafficking, sexual harassment in public transport, and more. By having citizens of diverse backgrounds and police personnel work together, the purpose is to raise awareness of the challenges faced by the security forces and establish a sense of trust between police and communities. To give the show a realistic touch, the producers, working in close coordination with the Nepal Police, create clues, settings, and a plausible background story for all the tasks based on the real-life scenarios the security personnel experience.

The Inspector General of Police (IGP), Upendra Kanta Aryal, expressed that media plays an instrumental role in peace building, and is effective in addressing differences. He stated, "We are hopeful that the reality TV game show will help foster a sense of belonging to the public towards the police. 'PAHUNCH' is designed to increase public access to justice and security, and it also echoes a powerful message that the Nepal Police cannot function effectively without public support.

Pahunch is funded by UKAID, supported by Nepal Police, and produced by SFCG, along with production partner Mila Productions. The show is part of a wider 4-year effort to reform the security sector and improve the access to justice mechanisms for marginalized communities in Nepal. In consortium with the Centre for Legal Research Resource Development, the Human Rights and Community Development Academy Nepal, and the Centre for Security and Justice Studies, SFCG Nepal is working to raise public awareness on security and justice, increase public-police partnerships and accountability, foster community mediation skills, and improve service delivery of the local police, local courts, and legal aid.