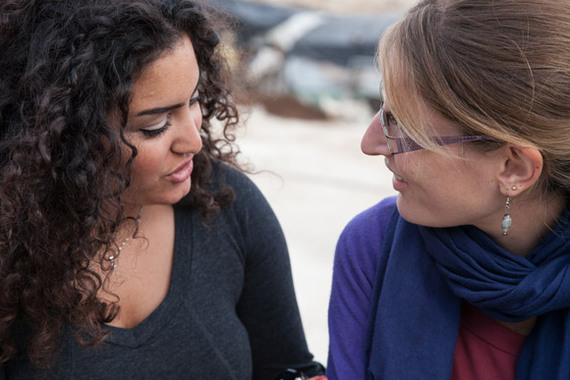 The latest breakdown in Palestinian-Israeli negotiations marks an opportune time to open up conciliation processes to recognize and account for women's contribution. Previously, the Palestinian-Israeli peace talks have lacked inclusivity and transparency for women. Yet, women have a unique insight and skill to transform the cultures of conflict into one of solidarity capable of envisioning post-conflict realities. Women have taken the initiative to move forward in peace dialogue when their elected representatives have failed to broker agreement. Creativity for Peace is such an organization, working to open up the channels for trust and the hope for sustainable peace in Palestine and Israel.

Creativity for Peace is a unique grassroots organization that teaches young Palestinian and Israeli women the tools for community-based peace and reconciliation intervention programs. It is one of the few organizations that have emerged during the Palestinian-Israeli conflict to completely focus on peacebuilding for women, and is believed to be the only organization of its kind based in the United States.

Participant's initiation into the organisation is with a three-week summer camping trip near Santa Fe, New Mexico. The camp is a positive way to introduce and facilitate interaction between either side through the arts and dialogue. During this time, they are taught compassionate dialogue for reconciliation so that they can build the confidence and communication skills to encourage social inclusion for women in their communities. 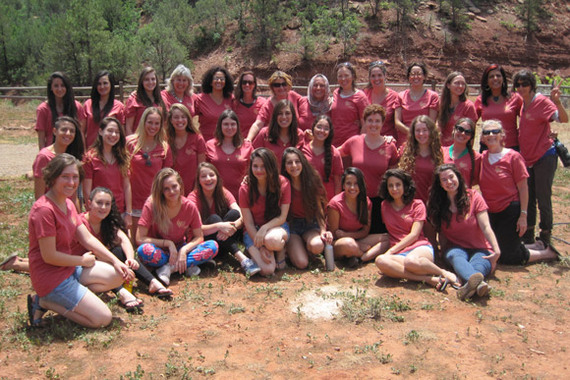 So far 207 young women have participated in Creativity for Peace since 2003. Out of this, 40 Young Leaders are actively engaged in promoting their work as presenters, public speakers, meeting organizers in schools, university, the army, community and international conferences. The work of Creativity for Peace clearly shows that by spreading its message for peace, the participation of women as valuable stakeholders in their communities can be encouraged and recognized.

Women involved in its programs are able to confront the asymmetrical power dynamics that have been formed from historical and socio-political imbalance. For Palestinian women, the national liberation movement is part of their empowerment in daily life, whereas Israel's institutionalized nationalism underscores their reality for security.

These parallel struggles have been influenced by their respective opposing ethno-nationalistic popular identities. Women often come to Creativity for Peace with preconceived notions of holding an occupied-occupier position. By encountering each other's personal experiences, fears, animosity and struggles, they gradually deconstruct the artificial barriers built on the very stereotypes that keep them apart. Nahida, a Palestinian member of Creativity for Peace since 2008, epitomises this transformation:

My thoughts changed, the way I see people has changed, how I see other people - I became a new person. A part of me was touched that had never been touched before. I was full of anger, hatred, thoughts of rage. I feel much stronger, even with the new challenges.

Transparency is crucial for this to work, and by effectively providing a safe haven for these young women to express themselves, a permanent psychosocial switch is made that helps lay the foundation for trust between these divided communities and encourage greater efforts towards reconciliation.

At a time when hostilities have escalated to one of the worst in recent memory, with women and children bearing the brunt of the devastating consequences of the conflict, the work of Creativity for Peace must be pushed forward. Since its creation, women involved in Creativity for Peace have played a critical role in promoting social recognition for the inclusion of women and their ability to positively change the dynamics of conflict. The women of Creativity of Peace have shown that they can be facilitators in cross-conflict communal talks, one that can successfully cultivate greater public engagement and long-term investment in negotiations. Offering counter-narratives to the status quo encourages wider civil society input into communal peacebuilding activities. 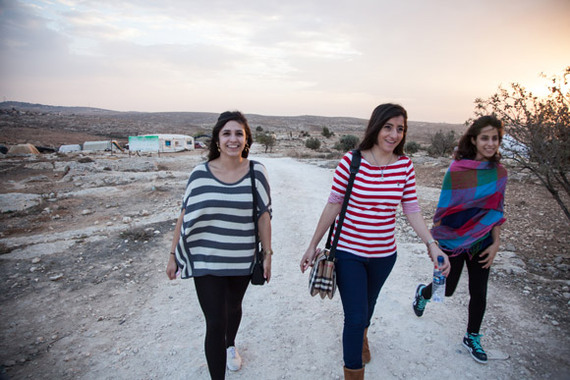 Additionally, these women represent a critical mass capable of exposing the gendered dimensions of conflict. Their participation means that the issue of gender equality, women's perceptive and experiences are incorporated into conciliation strategies. By returning to their communities to revitalize local peacebuilding activities they help to initiate genuine dialogue towards sustainable peace.

The women of Creativity for Peace are leading to the ultimate end game of opening up official political negotiations that can rectify long-standing asymmetries and address all aspects of reconciliation, including the protection and of women in conflict. By unifying and mobilizing around their shared marginalization, women are forming collective partnerships capable providing a platform for women to become genuine stakeholders in their communities.

Creativity for Peace is paving the way for more meaningful implementation of Resolution 1325, which has been approved by both the Palestinian Authority and the Israel Knesset, that calls for the inclusion of women in official peace talks. This will give genuine ownership in the process and the future of their nations.

Women have a unique insight when included in negotiations, often raising key issues that would otherwise be eluded by male negotiators, particularly the human rights protection of women during and after conflict. As U.S. Secretary of State Hillary Clinton has asserted on the issue of inclusivity: "so-called women's issues are stability issues, security issues, equity issues." Creativity for Peace is re-envisioning the nature of peace talks to ensure its transformative effect for all society but especially for women. This will breed more optimism and support to pave the way for more viable and sustainable solutions to the ongoing conflict. Women peacebuilders on both sides of the conflict are crucial assets in this struggle to bring peace and stability to both nations.