A new, weird way to make money in England:

With the credit crunch continuing to bite why not try an alternative way of making money by renting out your eyelids as advertising space.

feelunique.com is offering people the chance to earn 10 pence per wink in return for displaying the company's logo on their eyelid space. People who sign up to star in the campaign will have the feelunique.com logo temporarily transferred onto their eyelid and will be paid on a Pay Per Wink (PPW) basis - up to a total of ¢100 per model.

"We all take notice when we're being winked at so what better way to advertise feelunique.com than on people's eyelids. It's a genuine marketing first, which encourages people to spread a feel-good winking moment and earn some much-needed extra income in the process." 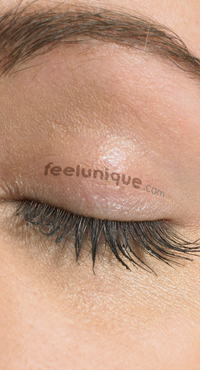