Stock prices and corporate profits are setting records, jobs are growing, and yet most Americans think the recession never ended. How can this be? Because in the one place it counts -- your paycheck -- the recovery never happened.

We at The Huffington Post have been writing about this ad nauseum, but now science agrees: A new academic study says the best measure of the recovery is probably the complete awfulness of wage growth, The New York Times reported on Monday.

Here's a look at just how lame the recovery in wages has been. The red line is the year-over-year growth in hourly wages, which are still bumping along around multi-decade lows. The blue line is inflation, showing how much of your raises are being eaten up by higher prices. 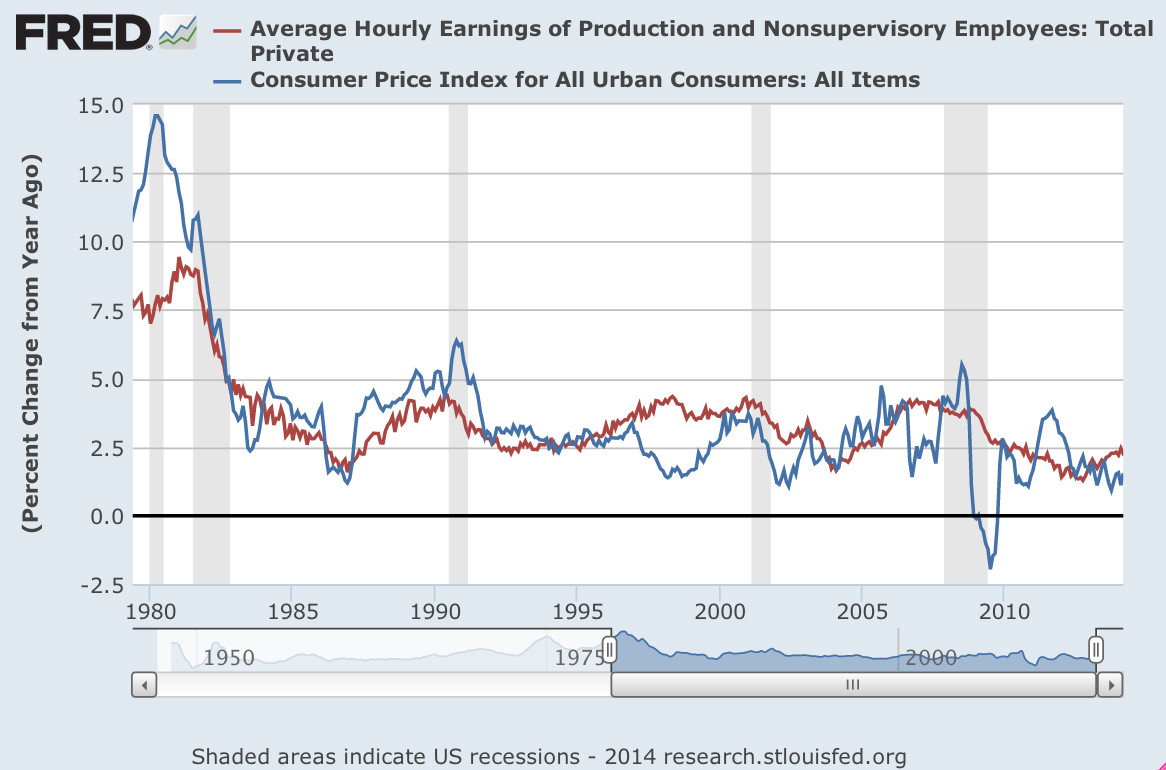 The study, by Dartmouth economist David Blanchflower and Peterson Institute for International Economics President Adam Posen, has an answer for the mystery of why so many people are fleeing the labor force. The percentage of working-age Americans either working or looking for a job has tumbled to its lowest level since 1978. This mass departure for the sidelines is a big reason why the unemployment rate has tumbled to 6.3 percent. Many economists think this is because of Baby Boomers retiring en masse, leaving the work force permanently smaller.

But this new study points out that, if the work force were suddenly shrinking because of retirements, then wages should be rising as companies scramble to hire from a shrinking pool of workers. Instead, wages have been flat. That suggests companies are having little or no trouble hiring, which also suggests that there are millions of workers still on the sidelines just waiting for the chance to go back to work before they rejoin the labor force.

Now, at the very end of the red line in the chart above, you do see a little bump higher. This might be the beginning of a longer-term acceleration in wage growth. The Wall Street Journal had a competing story on Monday suggesting that companies are seeing all kinds of pressure to raise wages.

The problem with the WSJ story, though, is that none of the numbers these companies are throwing around -- 2 percent wage growth, 3 percent wage growth -- are really much different than what we're already seeing. That sort of growth is still basically keeping up with inflation. Here's hoping the WSJ story is right in the longer run and that wages are about to really take off. But there's no convincing evidence of that so far.