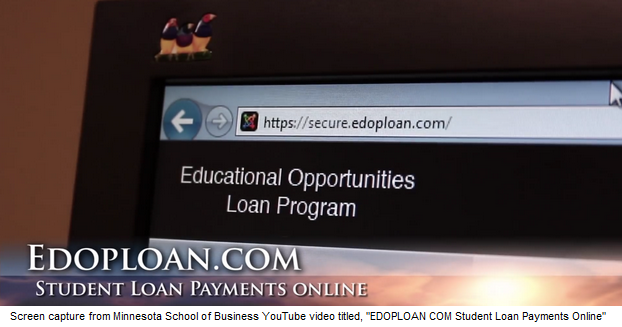 Some of these schools have brought the ethics of payday lending into higher education. They prey on the most vulnerable students, and leave them with debt that they too often can't repay. We must have accountability to protect both students and taxpayers.

Duncan is absolutely right. Many for-profit colleges promote themselves as career colleges, when in reality, they often leave students deep in debt, and without a degree. Corinthian is one example, but hardly the only culprit of this.

Just look at Globe University and the Minnesota School of Business (MSB). These two schools make up the bulk of the Globe Education Network, a family-owned chain of more than 30 for-profit colleges, which are often branded as "premier, family-managed system of career colleges, universities and training centers." Though they are marketed as being premiere, statistics paint a very different picture. One where many students find themselves worse off than before they enrolled. Both Globe University and MSB have high tuition, sky-high average student debt, high student loan default rates, poor graduation rates, and face numerous accusations of deception and high-pressure recruiting tactics.

Each year, the Minnesota Office of Higher Education (OHE) publishes their "Choosing a College" guide to help with selecting the right school to attend. The 2014-2015 college guide lists the overall graduation rate at Globe University as only 25%, while Minnesota School of Business fares a little better with a 41% overall graduation rate. And when it comes to student debt at the schools, it is simply depressing. The OHE's most recent report on student debt in Minnesota shows that students at Globe University graduate with a median student loan debt of $48,834, while Minnesota School of Business students finish with an astonishing $52,791. This is about twice the median debt of graduates at local state schools.

In 2013, I wrote an article here at Huffington Post pointing out that Globe University and Minnesota School of Business were ripping off students with their predatory, "Educational Opportunities" (EdOp) loan at a usurious 18% interest rate. As I pointed out, both schools were marketing this as one of the "primary sources of student aid" and listed it in the financial aid section of the school website.

The schools also directed students to sign up for the loan through EdOpLoan.com, a website which was actually being serviced by a debt collection agency. The video below, which was posted on the Minnesota School of Business website, features a financial aid representative explaining to students "how easy it is to use the EDOPLOAN.COM website to make student loan payments."

Many for-profit colleges use their own institutional loan system to help them stay compliant with the 90/10 rule, which prohibits for-profit colleges from generating more than 90% of their revenue from Title IV federal student aid. Since institutional loans are not considered federal student aid, every EdOp or StA loan dollar Globe University and Minnesota School of Business students borrowed, basically has allowed the schools to bring in up to nine additional dollars in Title IV funding.

Often times, for-profit colleges have much higher tuition than local public colleges. The tuition is so high that it frequently exceeds the federal student aid students receive, forcing students to search for alternative funding sources, which often come in the form of private institutional student loans. After exhausting federal aid, students had little choice but to take out the EdOp loan, which came with a steep 18 percent interest rate, and required monthly payments even while in school.

I asked Joshua Cohen, an attorney specializing in student loan law, to take a look at the terms of the Educational Opportunities Loan and here is what he had to say:

First, if a student can't afford a school with federal aid alone, the school is overpriced. Period! Secondly, this is one of the worst private student loan programs I've seen. Where do I even start with this? An 18% interest rate? And there is an interest rate reduction for completing a grade? That is very telling - these people don't expect their students to get very far if they consider that an incentive. What student goes to a school without the expectation of graduating? The incentive to graduate IS graduating, not a reduction in their student loan interest rate.

Using these institutional loans (private student loans) is one of the riskiest ways to pay for school. One reason is because they normally have variable interest rates, which are often times highest for those who can least afford them. Unlike with federal student loans, lenders are not required to provide borrowers with benefits such as Income Based Repayment (IBR), Pay as You Earn (PAYE), public service loan forgiveness options, unemployment deferment, forbearance without fees, nor the ability for loans to be discharged in cases of fraud, school closure, or a borrower's death or permanent disability.

As Bob Sullivan reports at Credit.com, there are a lot of potentially harmful clauses found in the fine print of private loan contracts, such as auto-default clauses. "Last year, the CFPB reported that private student loan servicers were putting borrowers in default when a co-signer died or filed for bankruptcy, even when their loans were otherwise in good standing."

And the EdOp loan is no different. A quick look at the EdOp loan promissory note shows that borrowers were also subjected to late charges, collection costs, capitalized interest, and numerous things that could trigger a default. For instance, upon graduating or withdrawing from school, borrowers immediately go into default after 30 days without payment. Other reasons for default include: failing to notify the lender of a name change within 10 days, or upon death of the borrower or co-signer. If a borrower defaults, the student's transcripts will also be held until the bill is paid. It almost appears as though the schools wanted their borrowers to default.

In a matter of days after my writing, Globe Education Network CEO, Jeff Myhre responded to my claims by posting to the Globe University website, which was also re-posted to the MPR News website, by education reporter, Alex Friedrich. Myhre's rebuttal paints a ghastly picture of a CEO with a loose grasp of the truth, and at times, clueless about the inner workings of the schools he runs, further eroding the trust and credibility of the Globe Education Network brand.

Globe University and MSB Sued for Usury, Illegal Loans
In July of 2014, Minnesota Attorney General, Lori Swanson, sued Globe University and Minnesota School of Business for misleading students in their criminal justice program over career prospects. Deceptive ads for the program would show people in police uniforms, and the schools would enroll students who wanted to become police officers even though their programs were not certified to do so. This left students "tens of thousands of dollars of debt with no ability to become licensed as a police officer in Minnesota after graduation," according to Swanson.

Since Swanson filed her lawsuit, both schools have shut down their criminal justice program at their Minnesota campuses, and the schools have even been suspended from receiving educational funding from the Department of Defense.

This past March, Swanson amended her consumer fraud lawsuit she filed against Globe University and Minnesota School of Business last July, to now include two additional counts: Unlicensed Lending and Usury. These two additional charges specifically involve the schools' EdOp and StA loans. As stated in her lawsuit, "Defendants engage in unlicensed lending, charge usurious interest rates, and take aggressive action against students who fall behind on their institutional loan payments; preventing students from completing the program in which they are enrolled." Swanson also asserts that these loans are "void" and "students are under no obligation to pay any amount owing and are entitled to recover all amounts paid."

According to the case, Globe University and Minnesota School of Business also provided "misleading and incomplete information" to some students about their loan obligations for their institutional loans. In Minnesota, it is illegal to charge interest rates above eight percent, and as Globe Education Network president, Jeff Myhre admitted in his online rebuttal to my claims, their "StA loan starts at 12 percent interest..."

(Sidenote: Myhre has since deleted his article responding to my claims, yet a revised edition, no longer attributed to him and without any mention of their 12 percent StA loans was posted to the Globe University website this past March.)

The lawsuit states that nearly 6,000 Globe University and Minnesota School of Business students used these high-interest loans to finance their education since the schools began offering the loans in 2009. However, archived screen shots from EdOpLoan.com show evidence that the schools may have actually been offering their institutional loans to students since 2007.

The case is set to go to trial in November of this year, and so far Swanson has received complaints from more than 100 former students. I compiled a database of complaints from former students against the schools listed in the lawsuit (below), many of which are truly heartbreaking. Their initials are used to protect their identity.

The lawsuit from Swanson is not the only legal issue Globe University and Minnesota School of Business have faced in recent years. Since 1986, these schools have been sued multiple times for similar allegations. Most recently, former students filed a lawsuit against the schools for misleading them about job placement rates, starting salaries, program accreditation, and the ability to transfer to other schools.

The schools also recently found themselves on the losing end of two other lawsuits involving former deans of the schools, who sued for wrongful termination after blowing the whistle on wrongdoing. Former Globe University dean, Heidi Weber accused Globe of falsifying job placement numbers, violating accreditation standards, and misleading students. Her case proved to be a crushing defeat for Globe University and Minnesota, which were forced to pay her nearly $400,000 in her wrongful termination case. The second dean, sued Minnesota School of Business, accusing the school of exaggerating job placement numbers and inflating graduation rates.

Many consider education a great equalizer for those who strive for a better life. However, there are many factors that pose serious roadblocks to students' opportunity to pursue a higher education-deception, greed, and unethical lending practices are just a few. When such unethical and dishonest behavior can be traced to top executives, this is a red flag that simply cannot be ignored. Until these bad actors are held accountable for their actions, students, taxpayers, and the communities these schools claim to 'serve' will continue to suffer the consequences.