And why not? Finding a genteel name for that practice is almost as time-honored a tradition as the practice itself.

In real life, it sounds so much more elegant for a man to engage an escort than to slap down a few bucks for a prostitute. 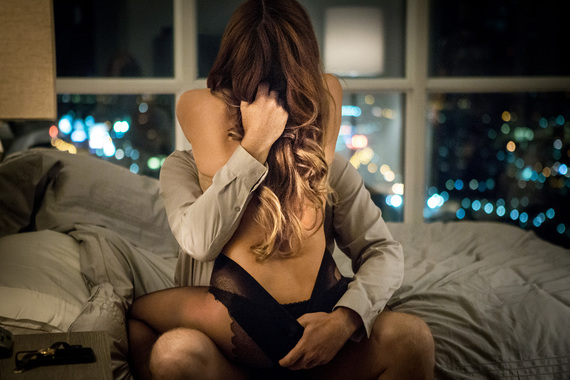 It starts to sound downright exotic when he springs for The Girlfriend Experience, which sounds as wholesome as attending fantasy baseball camp.

Cynics, of course, would say that it's still basically paying for sex, only the price goes up as the description gets more high-falutin'.

This show, which launches Sunday at 8 p.m. ET, does tend to support the notion that a Girlfriend Experience will set you back a lot more than a hooker.

Christine Reade (Riley Keough) works for a service that charges $2,000 for two hours of lunch and "private time," with the tab escalating to $15,000 for a weekend getaway.

Whatever the financials, The Girlfriend Experience, which is loosely descended from the 2009 Steven Soderbergh film and has Soderbergh on board as an executive producer, is simply carrying on a long film and TV tradition by not making sex-for-pay look, well, unseemly.

Part of the reason for that, one suspects, is that many of our best-known and classiest actresses have at some point played the role of a paid sexual partner.

None of the characters they played were aging streetwalkers with a dirty mattress and bad teeth. That may be how life turns out for many real-life practitioners, but in the movies and on TV, the characters tend to be considerably more radiant.

The first-ever Oscar for best actress went to Janet Gaynor for playing a prostitute. Donna Reed, who played the quintessential wholesome '50s Mom in her own TV show, just a few years earlier had memorably played a prostitute in From Here To Eternity.

One of the most elegant actresses of all time, Audrey Hepburn, left an indelible imprint from Breakfast at Tiffany's, where her Holly Golighty was handed money by fawning gentlemen in return for favors which sometimes seemed to include sex.

Truman Capote, who wrote the story on which the movie was based, always insisted that Holly was not a prostitute, but "an American Geisha," a woman who may have taken money, but dispensed favors wholly at her own volition.

As we were saying, rebranding isn't a new concept. 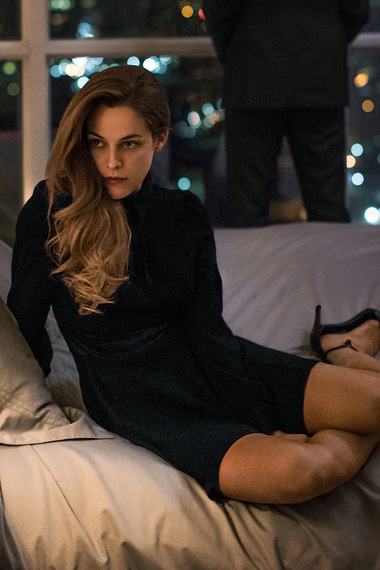 For the record, Keough is on board with Capote. Christine Reade, she says, isn't taking her clients' money in return for submitting to their wishes. The calls are hers.

"Christine likes the sense of control," Keough says, and if she and the clients often end up exploring a range of sexual activities, that's because "she likes to."

Christine also likes her sex without emotional attachment, which sounds curiously like the reason men often give for buying sex: that they just want the physical act, not all that other stuff with which girls want to clutter it up.

"It's more of a character you'd see for a man," says Keough, "which is kind of what drew me to the show."

Somewhat in that vein, she says, it could be fun to reverse the roles and do a Boyfriend Experience.

"If the story were about a man doing the things Christine does," she says, "the rules would probably be different. It would be really interesting to flip it around. It would be a great contrast to this series."

"You absolutely could reverse genders," says Lodge Kerrigan, who with Amy Seimetz created and cowrites the show. "You could do a whole Boyfriend Experience."

But, cautions Seimetz, "It would have to have a different tone. It would be a very different show."

The Girlfriend Experience already is a different show from some of its predecessors in the pay-for-sex field. 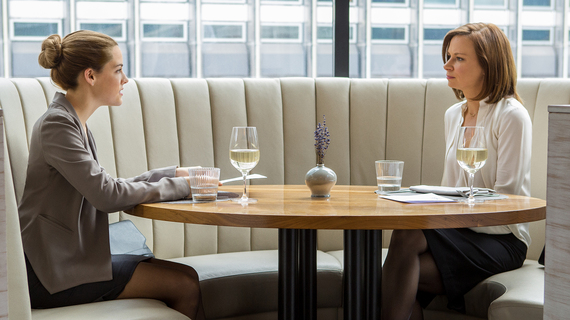 Christine is a hard-working, career-minded graduate student who also just started as an intern at a highly competitive law firm. (Above, with Mary Ann Rajskub.)

She takes the GFE gig for the money as well as the thrills and the control, and however she defines the job, she's not the classic movie hooker with a heart of gold.

She's closer to Fonda in Klute, telling the guy he's a love machine as she glances at her watch, and while she's very smart, she's also manipulative and selfish enough that she isn't always sympathetic.

By the end, in any case, she has taken pay-to-play to places rarely seen on television.