How do synagogues and mosques in the US relate to (or conflict with) Christian models of organized community? What are some of the textual, cultural, and legal considerations in shaping contemporary communal life in you religious tradition? What are reasonable frameworks for and expectations of young adults to "join" and pay dues to religious communities? What do you think are the most important ways that the role of money in support of religious communities and institutions is being re-imagined? 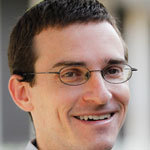 This is an interesting moment in American Jewish history to be having a conversation about money and religious community. For the past century, almost every synagogue in America functioned financially in the same way: People interested in joining a synagogue paid membership dues. Their membership included: having the rabbi perform all lifecycle events; receiving religious education for their children; and being welcome at all religious services and programs. This system worked very well for a long time, but both because of economic factors (especially since the recession of 2008) and a decreased cultural orientation towards "belonging" to institutions, the non-Orthodox Jewish world has seen a not-insignificant decrease in synagogue membership. Individual synagogues are often struggling to pay their bills (and to figure out how to engage people within and beyond the membership model).

One of my teachers, James Hudnot-Beumler, a scholar of American Protestantism, likens the different ways Christians and Jews raise money to the different ways National Public Radio and health clubs raise money. Protestant churches typically raise money and think about membership in the same way that NPR does - everyone is encouraged to give regularly as their heart moves them, and membership in a church (where that category is used, which it isn't always) doesn't really confer any particular benefits. But synagogues function, at least financially, more like a club; an annual or monthly payment allows the person access to the activities.

Because a lot of synagogues are struggling right now, many are rethinking this financial system. Over the past seven years, about 40 synagogues in America have eliminated dues altogether, and are using a voluntary giving system that looks more like NPR.

I think this is generally a positive for synagogues--not because I love NPR [although I do] but because synagogues will need to look more like NPR to survive. The prevailing culture has conditioned millennials and young adults in particular to think about non-profits in particular ways; they have come to expect transparency, appreciation, and low barriers to entry, and synagogues (which have not been especially good at any of those things) ignore that at their own peril.

I am curious if American mosques are facing some of these issues or doing similar rethinking of their financial models. 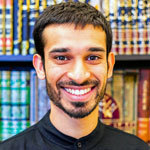 Assalamu Alaikum (peace be upon you) Dan,

I find what the Jewish community has done in a number of areas fascinating, because your community is nearly a hundred years ahead of us in America. Many Jews migrated in the early 20th century, facing many of the same struggles that we are going through now.

The mosque in America is still a pretty new institution. Mosques started to be built about 40 years ago. The typical story of a mosque goes like this: A group of immigrants from a particular ethnicity move to a city or town. They need a place to pray and gather for social/cultural activity. They build a mosque. (Money for the construction is very easy to raise from the nascent community; people like to give to tangible, concrete projects, and there is clear textual support for building mosques.) The mosque starts establishing the five prayers, the Friday sermon, and perhaps a Sunday school--all volunteer-led--and the community starts to grow. Pretty soon, the mosque leadership realizes that the needs of the community and particularly the younger generation are many. To respond to these needs, they need money to hire staff and to get the right programming going.

But money for operations and programming isn't as easy to come by as it was for construction. Most mosques try to get the bulk of their operating income from blanket fundraising - public "asks" after Friday sermons and other times of prayer, or public fundraisers during the month of Ramadan when the community is extremely generous (as was the custom of Prophet Muhammad, peace be upon him). Other mosques try to buy rental property or build endowments. Still others have been experimenting with membership dues, but the club feeling you described above is a real turn off for many in the community.

I believe we are at a moment where there will be a lot of experimentation in finances and fundraising for mosque operations and programming. My sense is that the long-term recipe for financial stability for a mosque will depend a lot more on how the mosque functions than on how it raises money. It must be financially transparent, incorporate community voices into key institutional decisions, be inclusive and welcoming, and hire staff that executes programming which speaks to the realities of life in America. Like their peers in the Jewish community, this is what our young adults and millenials--future congregants and donors - most care about.
But mosques have not been particularly good at functioning in that way, and they too have to begin to make changes if they are to hold on to the next generation.

It seems that the financial challenges mosques and synagogues presently face are surprisingly similar--presumably, living in a common American milieu is the reason for this. Having said that, though, I am curious about where there may be religious and cultural differences here. Judaism differs from Protestant Christianity around money in a few important respects, and I wonder what similar differences may be present between mosques and synagogues. Judaism, for example, has traditional laws around not handling money on the Sabbath--this is different, of course, from the many churches that pass the plate during Sunday services. Perhaps the most significant difference between Judaism and Christianity is regarding language for organizational "stewardship."

Protestantism has a long history of speaking about fundraising for churches in theological terms, something that is foreign in a Jewish context. Leaders typically frame giving to the synagogue as necessary for sustaining the community, but it would be almost inconceivable to hear a rabbi say or even imply that "G-d wants you to give to the synagogue."

Jews broadly understand their giving to synagogues as an obligation or a tax of sorts. This makes sense within a traditional Jewish spiritual framework, which values obligation over spontaneous generosity. But the reality is that synagogues are needing to re-think not only fundamental congregational structures but also language. Because younger Jews don't respond as well to the language of obligation, synagogues are even reframing what to call "dues" (if they still retain that model).

I am curious if you see ways in which the particulars of Muslim culture might impact the way you fund your communities.
B'shalom,

The Islamic tradition seems much closer in this case to the Christian tradition. Mosques have a special place in our tradition. They are the houses of Allah, and the Prophet Muhammad (PBUH) taught us that they are Allah's most beloved places on Earth. We learn that the person whose heart is deeply connected to a mosque is one of the seven categories of people given shade from the fire on the Day of Judgment.

Giving to the mosque, particularly its construction and maintenance, is therefore a spiritual practice. The Prophet Muhammad (PBUH) said: "Whoever builds for Allah a mosque, seeking by it Allah's grace, Allah will build for him a house in paradise." It is more difficult to find specific sources about giving money for programming - such as prayer services, classes, and service programs - but our tradition has enough theological resources there to make that argument as well.

I should note that there is an expectation in our community that mosques serve the poor. In fact, there is a special charity category (zakat ul-maal, or 2.5% of one's wealth) to be giving yearly to the poor. Many community members will give to a mosque with the understanding that the community will take care of that obligation. There has been some criticisms of mosques because they aren't doing enough, with some mosques responding by initiating programs specifically to serve the poor.

I think whenever we talk about the financial structure of our communities, we have to also consider the question of what the synagogue's or mosque's role is in raising money for and serving those in need. And I wonder if that work might itself be relevant to the question of how to attract and retain the involvement of young adults in our communities.

Rabbi Dan Judson is Director of Professional Development and Placement, at the Rabbinical School of Hebrew College in Newton, MA.

Since 2012 Yusufi Vali has served as the Executive Director of the Islamic Society of Boston Cultural Center (ISBCC), the largest mosque in New England. During his time at the ISBCC, the mosque has been blessed to implement a robust religious programming vision, grow to 1500 regularly weekly worshipers, and become an integrated part of the city's faith institutions.

"Can We Talk?" is a project of the Miller Center for lnterreligious Learning & Leadership of Hebrew College in Newton, MA, and the Institute for Islamic, Christian, and Jewish Studies in Baltimore, MD. This series provides a context for public discussion among Jewish and Muslim intellectuals and community leaders on a broad range of topics--religious, cultural, civic, and political--modeling constructive personal engagement across our communities. Each month, we feature a new conversation between one Jewish and one Muslim writer on a designated topic.