* Americans already cutting back on spending

WASHINGTON, Jan 13 (Reuters) - Americans are beginning to feel the pinch from Washington's decision to embrace austerity measures aimed at bringing down the nation's budget deficit.

Paychecks across the country have shrunk over the last week due to higher federal tax rates, and workers are already cutting back on spending, which will drag on the economy this year.

In Warren, Rhode Island, Ben DeCastro got his first paycheck on Friday in which taxes on his wages rose by 2 percentage points. That works out to about $30 a week.

"You sit back and do the calculation, and that's $30 I'm not going to spend at a restaurant," said DeCastro.

He said he worries that people hit by higher taxes will spend less at the chain of furniture stores where he works as a marketing manager.

Politicians in Washington made much hubbub last week about a bipartisan deal to soften or postpone some $600 billion in scheduled tax hikes and government spending cuts. President Barack Obama said the deal would shield 98 percent of Americans from a middle-class tax hike.

Nevertheless, for most workers, rich and poor alike, taxes went up on Dec. 31 as a temporary payroll tax cut expired. That cut - a 2 percentage point reduction in a levy that funds Social Security - was put in place two years ago to help the economy, which was still smarting from the 2007-09 recession.

About 160 million workers pay this tax, and the increase will cost the average worker about $700 a year, according to the Tax Policy Center, a Washington think tank.

"It stinks," said Beverly Renfroe, an accountant for a realty firm in Jackson, Mississippi. "I definitely noticed a decrease."

The pain will trickle through the economy over the next few weeks. Already, the new rate of 6.2 percent has trimmed paychecks for about half of the 200,000 employees whose paychecks are processed by Advantage Payroll Services, a payroll firm based in Auburn, Maine.

Economists estimate the payroll tax hike will reduce household incomes by a collective $125 billion this year. Some households could reduce contributions to retirement accounts or other savings, but most are also expected to cut back on spending.

That alone could reduce economic growth this year by about 0.6 percentage point, said Michael Feroli, an economist at JPMorgan in New York City.

"The headwind to growth should be noticeable," he said.

Most mainstream economists say the government should still be trying to stimulate the economy by lowering taxes or raising spending to help bring down the 7.8 percent jobless rate.

Even Federal Reserve Chairman Ban Bernanke has said Congress could consider short-term stimulus measures if they can be coupled with a plan to tame the deficit over the long run.

But a consensus has emerged between Congress and the White House that the federal government should step up the pace at which it cuts the deficit, which ballooned during the recession.

That decision is having repercussions across the country.

In Bergenfield, New Jersey, Evelyn Weiss Francisco has put off plans to upgrade her cell phone and thinks she might go to fewer music concerts. A director at a public relations firm, she thinks the higher payroll taxes will cost her about $1,000 this year.

Some Americans will also pay higher income taxes this year. Congress and Obama let income tax rates rise for households making more than $450,000 a year, a partial repeal of tax cuts put in place under President George W. Bush. The wealthy will also pay a new tax to help fund a health insurance reform passed in 2010.

These will have a smaller impact on the wider economy because they affect fewer people. But taken together, this year's tax hikes could subtract a full percentage point from growth, Feroli said.

Most economists see economic growth of roughly 2 percent this year, a lackluster pace held back by the government's austerity measures that is likely to do little to reduce unemployment.

Failure to postpone government spending cuts due to begin around March would slow growth more, further frustrating the economic recovery.

The blow to the economy from the tax hikes will hurt the most during the first half of the year as people adapt to their smaller paychecks.

Consumer spending, which drives more than two thirds of the economy, will likely grow at a mere 1 percent annual rate in the first quarter, and 1.5 percent in the second, said Sven Jari Stehn, an economist at Goldman Sachs in New York.

Nicki Hagen, who received her first reduced paycheck on Jan. 4 and then another on Friday, estimates the higher taxes will shrink her paychecks by about $10 a week.

She has already started holding back from coffee-and-bagel runs made by coworkers at the home improvement company where she works as an office administrator in New York City.

She expects a much bigger hit to her family's income when her husband gets his first paycheck for 2013 on Tuesday.

The two will then sit down and figure out how to budget their money. They might cut cable channels, or take vacation days when their daughter is out of school to save on babysitter expenses.

"This is going to affect our lives," she said. 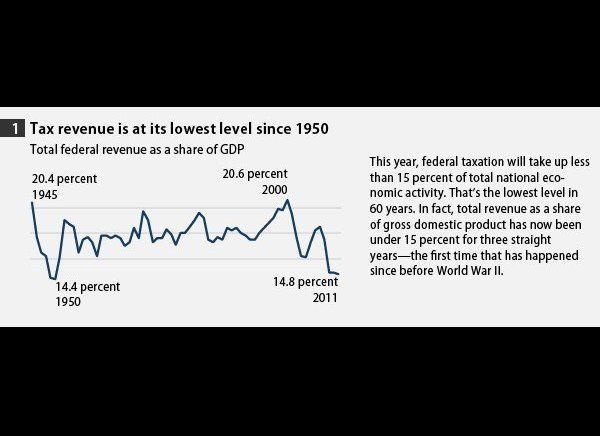