Researchers have figured out (finally!) what makes a run-of-the-mill beer like Pabst Blue Ribbon become so improbably cool.

So if you want your brands to seem hip, they should deviate (but not too much) from social norms considered unnecessary, repressive or illegitimate.

Pabst Blue Ribbon provides an interesting case study in cool. Just a few years ago, the Pabst Brewing Company was in shambles. The watery, 170-year-old beer enjoyed popularity in the 1970s, but the '80s were none too kind to the brew, kicking off a 20-year sales slump. In 1996, Pabst closed its flagship Milwaukee brewery. In 2001, sales dropped to fewer than a million barrels -- 90 percent below its 1975 high.

Then something changed, and PBR was suddenly the hipster's choice at bars and barbecues everywhere. Sales jumped by 20.3 percent in 2009 and continued to rise steadily over the next few years, according to Beer Marketer's Insights. By 2013, Americans drank more than 90 million gallons of PBR, according to data from Euromonitor, which is nearly 200 percent more than they did in 2004. 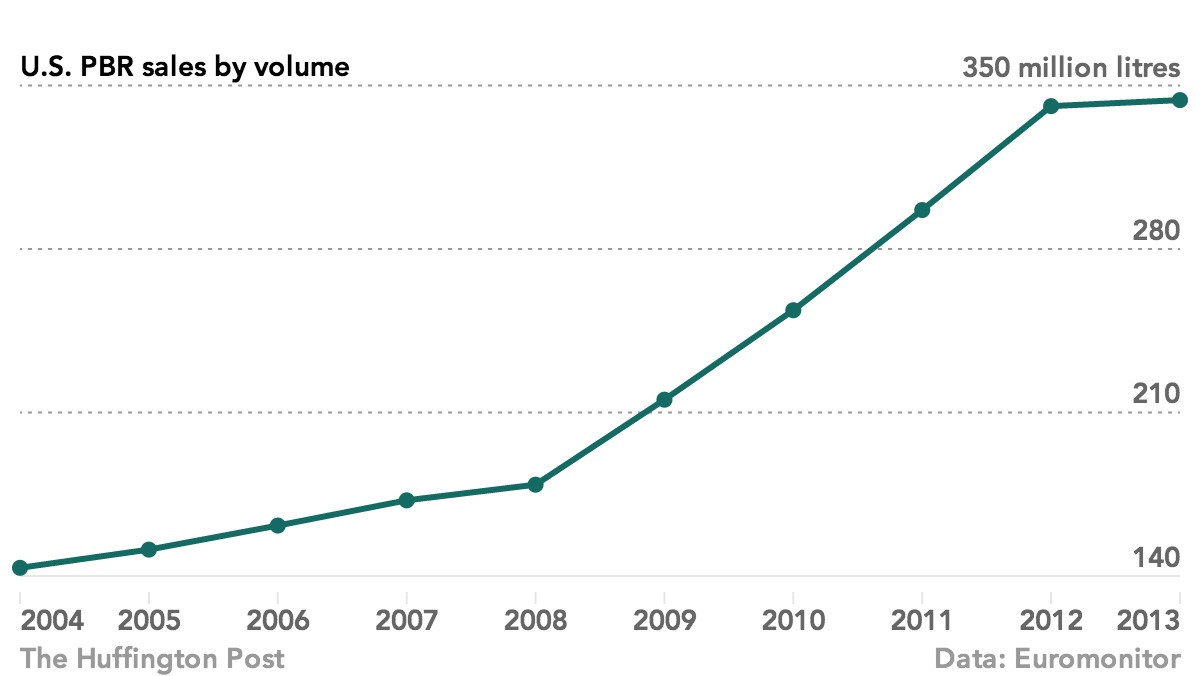 So what happened? America's hipster beer of choice has benefited from the coolness of autonomy in two ways: First, beer drinkers felt they were were choosing PBR without the pressure of a major marketing campaign. Second, PBR actively promoted itself via decidedly anti-mainstream marketing tactics.

In the early 2000s, PBR's popularity started rising without any encouragement from the brand itself, which benefited from a more general renaissance of all things "retro-chic." Seizing the opportunity, the brand began marketing to the demographic that was already attracted to the beer's blue-collar associations and low price point.

"[Pabst] linked themselves to a variety of things that presented the 'autonomous' image," Campbell told The Huffington Post. "For example, they sponsored bike messenger rodeos, and they did it in Portland, which is a very autonomous city." 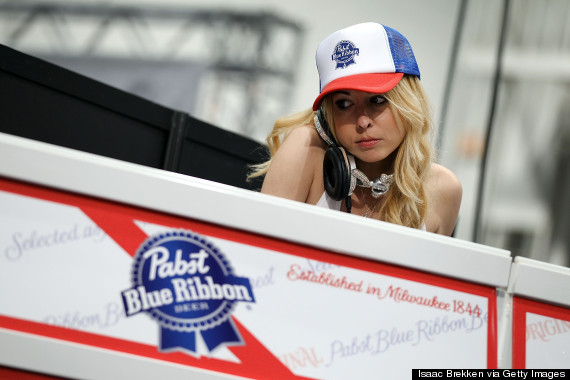 A DJ performs at the Pabst Blue Ribbon booth during the 2013 Nightclub & Bar Convention and Trade Show in Las Vegas.

Campbell also pointed to the example of PBR's classically cool Drink and Draw campaigns, in which artists -- "who are also viewed as following their own desires and motivations" -- are invited to make PBR-themed artwork.

PBR's success aligns with Campbell and Warren's findings that, for example, consumers prefer water bottle designs that demonstrate their "autonomy" by deviating from the norm. But in PBR's case, consumers weren't rebelling against traditional advertising, so much as they were responding to the ubiquity of other beer companies' terrible ad campaigns.

However, according to the study, autonomy must be expressed "in an appropriate way."

"If you go too far, you end up being perceived as weird or negative rather than cool," Campbell said.

PBR's marketing has adhered to this "bounded" autonomy by sticking to only as much deviation as its target audience can handle, e.g., sponsoring bike messenger rodeos but not, you know, amateur crocodile wrestling.

So what happens when a brand reaches peak market saturation? According to Campbell, that's when a brand has to find a way to reassert its outsider cred, or risk having a "cooler" trend take over.