Everything you thought about Queen Victoria is probably wrong.

And that's really good news for television viewers, because the 19th century British queen we meet in PBS's upcoming drama Victoria is far more interesting than the staid, uptight and humorless caricature her reputation would suggest. 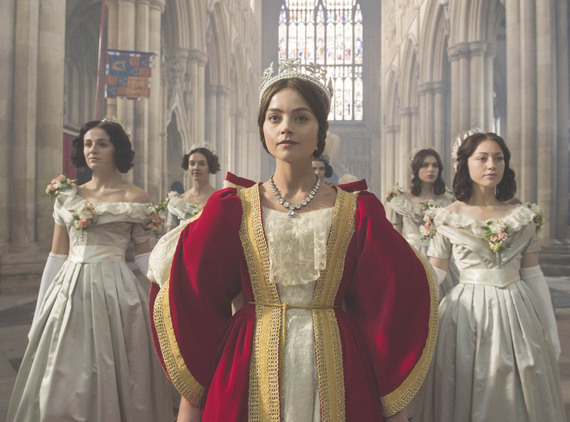 In The Victorian Era, it has been widely assumed for years, the citizenry politely refrained from anything that might produce even the tiniest bit of fun.

"It's completely not true that Victoria was repressed," Goodwin says. "There was nothing prudish about her. She and her husband Prince Albert had nine children for a reason - they loved to have sex.

"They had a real love match. There was none of this 'lie on your back and think of England.' She was just 42 when he died, and even though she was devastated, because she really loved him, it's quite clear that there were other men as time passed. She still had love to give."

The first season of Victoria, which Goodwin says she hopes will continue in future years, unveils an impulsive teenager with boundless spirit, eager to leave her mother's sheltered nest and spread her new wings. 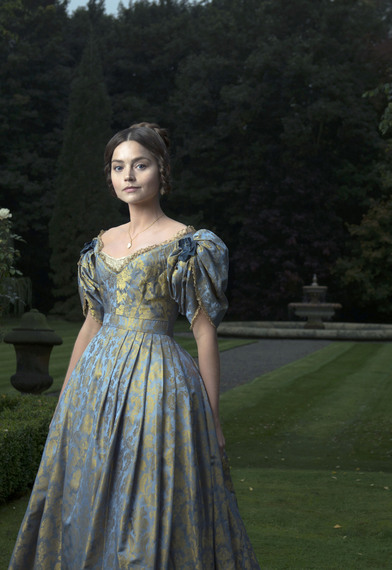 Jenna Coleman (above), whom viewers might remember from shows like Dancing on the Edge and Doctor Who, plays Victoria with wide eyes, a coltish elan and a will that's steelier than those around her expect from a woman who just turned 18.

The show begins with the death of her uncle, King William IV, amid widespread concern that this largely sheltered young woman couldn't possibly be ready to become one of the most powerful rulers in the world.

And that's not the only problem.

"The monarchy itself was very unpopular at this point," says Goodwin. "There had been a succession of bad kings, and now there was the traumatic change of getting this young pretty girl as the new queen."

Further compounding the situation was that pesky, infernal media.

"The press at the time was brutal," Goodwin says. "The gossip and innuendo could be savage. The way most people handled it was to develop a public face apart from your public face, but Victoria never really did that. What you saw was what you got."

That may have been a problem for her. But once again, Goodwin says it's a bonus for TV viewers.

"One of the reasons she was so interesting to write is that you saw all of her sides," says Goodwin. "She was impulsive, she made mistakes, but I think she also had a good heart and wanted to do the right things."

The first season of Victoria covers the first three years of her reign, during which time she learns on the job and meets Prince Albert. And yes, that leaves a lot of room for future seasons since Victoria remained queen for 63 years. 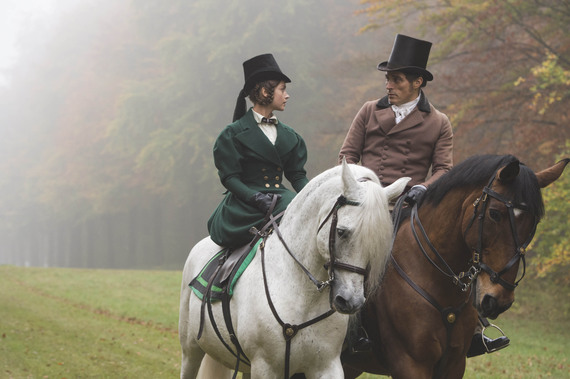 Goodwin says she'd love to keep the story going, and it's a tale she knows well.

"I studied history at university, and Victoria was one of my special subjects," says Goodwin. "I've been reading about her since I was 19, so this is a woman I've lived with for 30 years."

While Goodwin has previously published novels and poetry books, Victoria is her first screenplay.

"Because she was already in my head, writing a series wasn't that much of a stretch," says Goodwin. "She kept a journal almost every day of her life, so I had a good sense of her voice. I felt I know who she is."

One fascinating thing about those diaries, Goodwin adds, is that "you keep running across pages that are full of underlining and capital letters. You see the ways in which she was still a teenage girl.

"But when I'd read passages like the ones where she talks about her feelings for Albert, they really spoke to me."

Next she hopes they speak to TV viewers, in a Victorian language they probably would not expect.