An amazing idea took hold in the last few weeks. People from around the world decided that they could do something to right a terrible wrong that has existed for hundreds of years here in the United States. No one possessed the millions of dollars it would take to accomplish this, but 4,991 people offered pennies, dollars, Euros, and when they had nothing, took the time to write to the "Last Real Indians" with their prayers. And prayer can be uplifting, inspiring and the source of miracles. There just might be a miracle happening in the sacred lands of the Black Hills in South Dakota, where the Sioux Nation is fighting to save its most sacred site, the genesis of all of its creation stories, Pe'Sla. 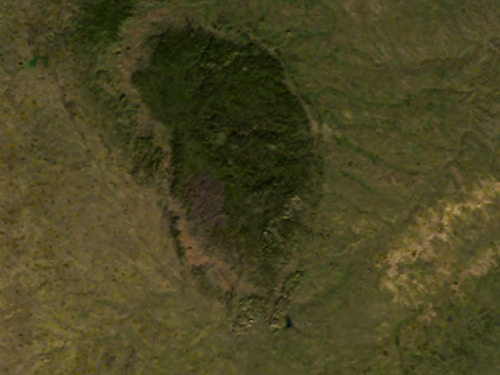 Gold was discovered in the Black Hills in 1849, and General George Armstrong Custer led an exploration party there in 1874. The Fort Laramie Treaty of 1851 gave the Sioux land and protection from the encroachment of settlers. It was their land to begin with, but this is the sad history of indigenous people. The treaty was immediately broken when payment of reparations by Congress was reduced a year after the signing. A new treaty was offered in 1868 after Chief Red Cloud attacked a supply train using the Powder River road, but Red Cloud objected to restrictions on native hunting grounds. In 1877, the United States took away all of the land originally granted by treaty, established reservations, and allowed the government to put roads through the reservations for settlers to use in the gold rush. A hundred years later, a 1980 U.S. Supreme Court ruling awarded more than $100 million to the Sioux Nation for the Black Hills. Since the land was taken by force, the tribes will not accept the money. They maintain that it was never for sale and that they will never sell it. 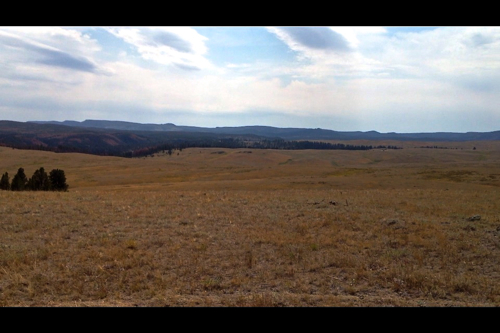 This Saturday Aug. 25, 1,942.66 acres of the Black Hills, sold in five tracts of land, will be auctioned off to the highest bidder. Leonard and Margaret Reynolds own the land. If sold, it is highly likely that Pe' Sla will be opened up for development, with the State of South Dakota building a road directly through it. The Reynolds have been commended by the Lakota for consistently giving access to the sacred sites and for preserving the land during their time of stewardship.

Two weeks ago, the sale of Pe'Sla seemed inevitable, but 4,991 people on the fundraising site and 2,100 people on Facebook are saying "no," that this sale is not morally or spiritually correct. Good people from around the world are standing up and saying that the robbery of native sacred land must stop. The moral line has been drawn in the sand because of the idea that good people can stop this and return the land to the Lakota.

Sarah Jumping Eagle, a pediatrician and member of Lastrealindians, wrote about the importance of the public campaign to raise $1,000,000. The total now stands at $234,000. Some of that was raised on reservations. The Turns Around Wacipi (pow-wow) Blanket Dance held at the home of the Fort Peck Assiniboine and Sioux Tribes in Poplar, Montana, raised $150 -- money from the poorest of the poor, trying to buy back what was stolen from them.

Our Pe' Sla Campaign team goal of $1 million is intended to supplement the contributions of the 7 Council Fires of the Great Sioux Nation. Yet, we also know that most of the bands of the Great Sioux Nation are made up of communities that are currently living in the poorest counties in the nation. What if your church was for sale? What if Bethlehem or Jerusalem or your Mosque was threatened by destruction or an auction? What would you do? Help us save our sacred lands!! Pe' Sla! The Center -- The Heart of All That Is!

The Wakpala of South Dakota, on the Standing Rock Sioux Reservation, raised $300.03 with a blanket dance during their traditional Wakpala Wacipi. "The elders in the community, the Uncis and Lalas (Grandmas and Grandpas) were brought to tears to see their children and grandchildren working to get our sacred lands back," reports Chase Iron Eyes of the Standing Rock Sioux Tribe.

International media is beginning to pick up on this story. You can read about it in the Guardian, the Associated Press, and on CBS and ABC news. In addition, the Lakota have gained a powerful ally in the United Nations High Commission on Refugees (UNHCR), which issued a statement from Geneva yesterday.

The United Nations Special Rapporteur on the rights of indigenous peoples, James Anaya, urged the United States Government and the local and state authorities in South Dakota to address concerns expressed by the Lakota, Dakota and Nakota peoples about the pending sale of Pe' Sla.

"The views and concerns of the Lakota, Dakota and Nakota peoples need to be considered regarding any private or government activity that would affect their right to continue to maintain their traditional cultural and ceremonial practices associated with Pe' Sla," Anaya stressed. Anaya is a Regents Professor and the James J. Lenoir Professor of Human Rights Law and Policy at the University of Arizona. As Special Rapporteur, he is independent from any government or organization.

After much consideration, Rosebud Sioux Tribe has now allocated $1.3 million. Chase Iron Eyes says, "While this is exciting and makes us as a team hopeful, the possible purchase price of all 2000 acres of Pe' Sla available for purchase is possibly $6 to $10 million dollars."

Still, this puts the Lakota in the position of buying back their own land, and there is something about it that does not feel right. Worse is the thought of the children of the poorest of the poor raising pennies by blanket dances at pow wows. It is admirable and inspiring, but one cannot feel happy that those from whom we have taken so much have to sacrifice all that they have to remain connected to their creation stories. Their stories are all that they have. How can you purchase a story that is so connected to the land? White culture cannot resonate with this association between self and the landscape.

Winona La Duke, native activist and scholar, writes about the irony of the reclamation of sacred lands in "Recovering the Sacred."

At stake is nothing less than the ecological integrity of the land base and the physical and social health of Native Americans throughout the continent. In the end there is no absence of irony: the integrity of what is sacred to native Americans will be determined by the government that has been responsible for doing everything in its power to destroy Native American cultures.

How would the Lakota "feel" if Pe'Sla were destroyed?

"It would be a pain that it is difficult to describe." Sarah Jumping Eagle says. "It would only be comparable to another Wounded Knee Massacre, or to having one of my relatives killed in front of me. When we say 'Mitakuye Oyasin,' it is a prayer and it is a way of life."

For Sarah Jumping Eagle and other Lakota, Pe' Sla is their relative and should be treated as such.

When one looks at the NASA photo of the Black Hills from space, it does look like a heart. The people say this is the eagle's point of view, the Heart of All That Is; the source of lifeblood for the tribes.

Update: A message on the auction house's website on Thursday afternoon says the land sale has been cancelled at the owners' direction. The auction house said they had no comment.