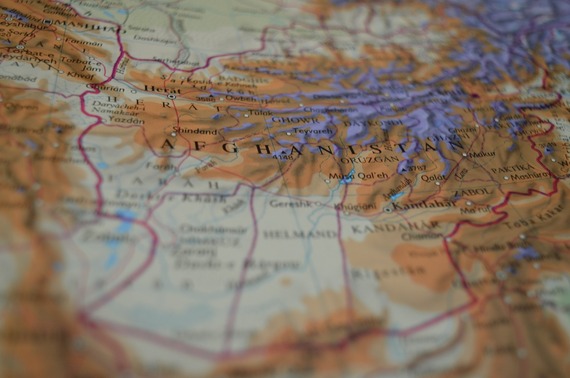 For the fourth time in two months, the Afghan peace process advanced to create a roadmap for reviving stalled negotiations between the Afghan government and the Afghan Taliban. Delegations from China, Afghanistan, Pakistan, and the United States -- the Quadrilateral Coordination Group - met on February 23 in Islamabad.

Although encouraged to attend the previous round of talks, Taliban representatives were not present. The writing might be on the wall as the Taliban have stepped up terrorist attacks, including an attack north of Kabul on Monday which left over a dozen dead, and pro-Taliban religious leaders have come out against the peace talks. This is no surprise given the internal splintering of the group since it openly acknowledged the death of Mullah Omar.

"We require collective effort from all [Quadrilateral Coordination Group] countries at this stage, to persuade maximum number of Taliban groups to join the talks. This will not only be beneficial in terms of lasting peace and stability, but will also shrink space for the irreconcilable," The Express Tribune quoted Pakistan's Prime Minister's Adviser on Foreign Affairs Sartaj Aziz, saying during his opening peace talk remarks earlier this month.

In a joint statement released by the Afghan Ministry of Foreign Affairs following the latest round of discussions, all participating parties again pushed for direct talks between the Afghan government and the Taliban, encouraging "all Taliban and other groups to participate through their authorized representatives."

From the start, Beijing has taken steps to bring peace to the war-torn country through diplomatic channels. It met privately in Beijing with Taliban representatives last year and leaned hard on its regional neighbor, Pakistan, to bring the Taliban to the negotiating table. This strategy, however, has not achieved the desired outcome.

Chinese officials, ever the optimists, have possessed steadfast belief in the diplomatic process. Chinese officials have previously stressed that any resolution to the conflict must be "Afghan led." While this form of diplomacy from Beijing is nothing new, one could argue that it does tilt its longstanding non-intervention policy, albeit slightly. From the Taliban's perspective, negotiations might be legitimized given Beijing's involvement as it has often been critical of U.S. involvement.

Chinese officials understand too, the difficult challenge ahead. At the regular press conference on February 2, China Foreign Ministry Spokesperson Lu Kang, stated the objective of the upcoming negotiations was to "reach a roadmap acceptable to all parties concerned" and "drive forward the reconciliation process."

Another step forward was taken late last month when Afghan Foreign Minister Salahuddin Rabbani, met with his Chinese counterpart in Beijing on an official visit. One topic of discussion was China's support of Afghan peace.

Beijing further has an underlying economic motive to ensure regional stability, as any disruption, especially from civil war, would likely cause a major setback to Chinese President Xi Jinping's grand economic "One Belt-One Plan" strategy.

China will likely back Afghanistan's change in membership status because it views Kabul as a key partner in the international fight against terrorism, and a key ally to counter the rise in domestic terrorism in Xinjiang province.

Direct talks between the Afghan government and Taliban are said to take place by the first week in March in Pakistan.