The near-tragedy in Times Square reminded us that hatred is both home-grown and foreign-born. With this is in mind, a distinguished panel will discuss extremism and approaches to counter it effectively.

This major new initiative to counter extremist violence focuses on scaling-up proven programs to counter violent extremism. The event is the third in a spring series by the D.C.-based group Alliance for Peacebuilding which is introducing their Peace through Moderation project.

"Every society seeks to live in peace and security," says Paul Stevers, the thought leader behind the evening. "Tragically, a few extremist elements have become a serious threat to safety, security, and prosperity. The combination of new technology and mobility enable a few extremists to cause massive casualties and inflict catastrophic damage on major financial centers."

The exclusive reception and introduction will focus on the problem of extremism and offer one specific example of what is being done to counter it. How and why a young man could be radicalization to the point of violence will be explored. A variety of experts will discuss the 'Times Square Bomber' Faisal Shahzad and how he transformed from an ordinary person to an extremist - and more importantly, why this process seems to be growing and spreading. 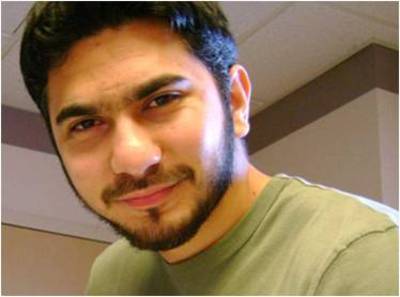 According to the New York Times, "Mr. Shahzad, now 30, appeared to be tracing a familiar arc of frustration, increasing religiosity and, finally, violence. He was born and raised in Pakistan, with a privileged upbringing in a moderate family that lived in at least three places -- Karachi, Rawalpindi and Mohib Banda. Mr. Haq, according to Mr. Ahmad, "was a man of modern thinking and of the modern age." "I think he was just normal," she [a former manager at Elizabeth Arden] recalled. "Isn't it always the case, though? It's always the normal ones that you don't really think they're going to do something like this."

Chic Dambach, President of Alliance for Peacebuilding, Kiran Khalid, Field Producer for CNN New York Bureau covering the beat Domestic Terrorism, and Lucas Welch, Founder and Chief Innovation Officer of Soliya will all be presenting. The latter will outline how his organization's programs are building understanding between people around the world.

Kiran Khalid, Freelance Correspondent/Producer, CNN
Kiran Khalid is a broadcast journalist with more than ten years of newsroom experience. After September 11, she was one of the first American journalists to gain access into a Pakistani madrassa (religious school) to see firsthand what many were calling "terrorist breeding grounds." For the past year, she has been covering terrorism stories for CNN and just returned from three months in Pakistan where she worked at the network's foreign bureau in Islamabad. Kiran also teaches at the CUNY Graduate School of Journalism.

Lucas Welch, Founder & Chief Innovation Officer, Soliya
Prior to his work with Soliya, Lucas was a producer for ABC News working with Peter Jennings. He also taught media at Birzeit University, and conducted research at the Berkman Center for Internet & Society at Harvard University. Lucas also worked as the Director of Communications for America Abroad Media and served as the Associate Producer on "The Shape of the Future" - a documentary series produced in Arabic, Hebrew, English, and French about the Israeli-Palestinian conflict.

Charles F. (Chic) Dambach, President and CEO of the Alliance for Peacebuilding
Chic Dambach manages the 60+ member Alliance for Peacebuilding and major initiatives of this alliance such as the Global Peace Index. Previously he was CEO of the National Peace Corps Association, the network of former Peace Corps volunteers and staff. Chic worked with the leaders of Eritrea and Ethiopia to help end their border war, and he helped facilitate the formation of a coalition government ending the Congo civil war.

Paul H. Stevers, Canadian Engineer, Inventor, and Philanthropist
Paul Stevers is the founder of several for-profit and non-profit organizations, including CharityHelp International. He spends much of his time creatively applying technologies to help solve societal problems and promote sustainable development. He is the founding sponsor of the Peace through Moderation project, which is being developed by the Alliance for Peacebuilding.

The Alliance for Peacebuilding is comprised of over 60 organizations and includes members such as the Program on Negotiation at Harvard Law School, Search for Common Ground, London based International Alert, and the Center for International Conflict Resolution at Columbia University.

I spoke with Chic Dambach in Washington by phone. "Military might alone cannot deter extremist ideology, nor can it defeat terrorist tactics," Chic told me. "This is a struggle between the vast moderate majority in all societies and the small extremist minority that uses violence rather than reason. Private citizens, as well as their governments, must take a stand and respond." He continued:

Peace through Moderation is about mobilizing a civilian response to extremism. Although governments and international institutions have mobilized forces to counter the threat, it is citizen-based organizations that have emerged as the vital component in this epic struggle between extremist elements and the voices and forces of moderation and nonviolence.

With sufficient support, civil society initiatives that promote tolerance, understanding, and peaceful coexistence make a critical difference. The project is designed to mobilize the corporate and financial communities in major financial centers around the world to invest in peace - Peace through Moderation. We seek to connect people and organizations with resources to the people and organizations who are working to build peace and oppose the radicalization process.

"The Peace through Moderation project seeks to strengthen the voices of moderation and reason so they can help to dissuade vulnerable populations from aligning themselves with and supporting extremist elements," Paul Stevers says. "We will build on the remarkable work of the U.S. Muslim Engagement Project, the Alliance of Civilizations, Soliya and other initiatives that are creating effective responses to this challenge. Education programs and media campaigns, as well as employment projects and inter-faith and cross-cultural dialogues can have a powerful impact."

The Peace through Moderation project promotes peace and security through proven initiatives that advance tolerance and respect and help quell extremism and the terrorism it engenders. To request admission to the exclusive Alliance for Peacebuilding's Peace through Moderation event, write to the RSVP Committee by June 14. Drinks and hors d'oeuvres will be served. To learn more about the threat of extremist violence and what is being done to reduce the risk, contact:

CharityHelp: An Electronic Bridge to Kids in Need, Huffington Post