In December I met three inspiring girls, all about 13 years old, in Mumbai India. They'd come from Dharavi, the largest slum in Asia, to demonstrate the mobile app they'd developed to counter gender violence. It sounded an alarm, sent a help message to friends, and shared their location. Simple but effective.

Theirs is a case study in the democratization of information and capital flows happening around the world. Working on their shared laptop, from the very heart of deprivation and daily violence, they accessed M.I.T.'s do-it-yourself app-maker program to build their prototype. Connected via Skype with our team in Washington, they get weekly development assistance in preparing their app for release on the Google Play Store. And now, with more help from friends and fans around the world, they're trying to crowdsource funds in the hopes of both sharing their brainchild more widely and maybe even making a few dollars from it. 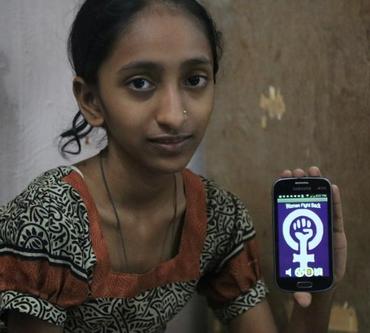 Meeting the girls reminded me of a 28-year-old activist from Syria, I'd encountered only a few months earlier, named Dlshad Othman. Dlshad had made headlines with Aymta, a mobile app he created and launched with modest personal start-up funds that tracks the trajectory of missiles fired in Syria and sends a warning to its subscribers. But he didn't stop there. Determined to save lives with his technology know-how, he went on to create Uvirtus, a system to allow Syrians to securely post videos of the conflict to YouTube, and, more recently, Collabase, a suite of collaboration tools for human rights activists in the Middle East.

These young entrepreneurs for social good represent a sea change happening in the conflict resolution field today. The last three decades were characterized by an increasing professionalization of our field -- exponential growth in university degree programs, in NGOs and international organizations with dedicated programs in conflict resolution, the development of taxonomies and metrics with which to gauge effectiveness. The next three decades will, I believe, be characterized by exponential growth in projects for, and by, the Dharavi girls of the world and their counterparts like Dlshad whom I encounter on every trip to conflict prone countries from Burma to South Sudan from Afghanistan to Iraq.

Some might see this as the antithesis of professionalization. I see it as a reboot, as in the restart of an operating system or the remake of a production. Conflict prevention and peacebuilding are getting a new cast of characters and an exciting new script.

This script includes the birth of an industry -- the peacetech industry -- where democratized access to information and capital produce innovations that both save lives and create jobs. It's the story of a hacker space that's launched in Baghdad with a $30,000 Kickstarter crowdfunding campaign, giving young entrepreneurs a place to share ideas for solving Iraqi problems and plans for making money while doing it.

Yes, this information and capital access is too slow in coming to war torn countries, but it is coming nonetheless. Conflict zones that were once information and technology wastelands yield wondrous new information on human sentiment -- the DNA of conflict -- thanks to the penetration of social media, cell phones and other data sources. Extraordinary progress in machine learning and predictive analytics is revolutionizing conflict early warning, while local communities are pioneering creative response strategies to tackle age old drivers of conflict from religion to resources, from corruption to gender. PeaceTXT, IPaidABribe.com, Hollaback, LRA Tracker, Groundviews, YaLa, Exchange 2.0, UProxy, etc. The list of peacetech projects -- tech, media and data initiatives designed to inflect the causes of deadly violence -- is exploding.

Fueling the explosion is a new type of funder on the scene. The overwhelming majority of conflict resolution work done in the 1990s and 2000s was funded by governments. But today's peacetech projects are launched by digital humanitarians bootstrapping their own startups, often with some financial or in-kind support from technology companies and foundations created by technology titans and their spouses: Gates, Omidyar, Skoll, Bezos, and Case, to name just a few. We are also seeing a rethink of traditional non-profit models, with organizations like Ushahidi, Frontline SMS, and Development Seed creating for-profit entities designed to produce different in-kind revenue flows, but which are still true to their tech-for-social good roots.

This burst of innovation in violence prevention by individuals and local communities alike is unprecedented in human history. It represents the main streaming of conflict management and a new potential for broad participation in peacebuilding throughout society -- with the ever greater impact on lives saved that comes with scale. But realizing the full potential of these trends requires one more shift in the way we work.

The bread and butter of conflict prevention and peacebuilding continue to be promoting rule of law, sustainable economies, good governance, and social well-being. We help displaced people return without violence to their homes, which might be occupied by someone from a different ethnic group. We facilitate peaceful elections in places where an election may never have been held. We help negotiate compromises over scarce resources like water among angry and well-armed communities.

And while the "we" may be evolving from almost exclusively professionals from abroad, to more local facilitators, local citizen peacebuilders, local technologists and local NGOs, the work will remain, fundamentally, about complex human dynamics.

Thus, realizing the bounty of democratized information and capital flows, when it comes to violence prevention will require cross-discipline expertise, combining the knowledge of social scientists with data scientists, the knowledge of conflict experts with technologists and engineers. We'll need institutions and processes that prize radical collaboration and silo-busting just as much as innovation and entrepreneurship.

At the U.S. Institute of Peace (USIP) we've recently launched the PeaceTech Lab to be this, a place where technologists and peacebuilders from the conflict zones themselves will work shoulder to shoulder every day, ensuring both inter-disciplinary collaboration and groundtruth. It's a complex challenge, reminiscent of the storied Bell Labs, founded almost a century ago, whose unrelenting commitment to cross-discipline collaboration was key to its success in developing technologies that changed the world.

For 25 years I've watched and benefitted greatly from the professionalization of conflict management and peacebuilding. We've seen dramatic increases in demand from policymakers, generals, and activists alike for the skills and experience of conflict resolution practitioners, and I doubt that will diminish. On the contrary, I think the reboot we're seeing foretells a brave new world where not only information and capital flows are democratized, but so too are the skills and the know-how for preventing and defusing deadly violence. 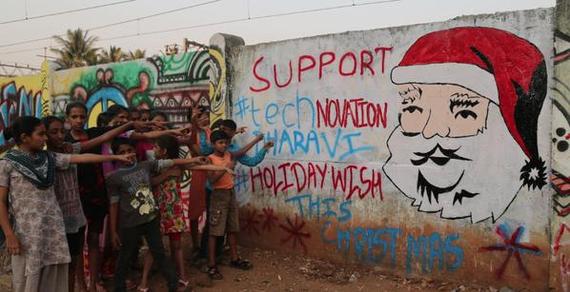 We've already reaped some of the benefits in the macro trends captured by experts like Steven Pinker and others who count casualties across the generations, military and civilian - although it may not seem like it from the daily news of insurgencies, terrorist attacks and beheadings. And, of course those positive trends could be reversed given the power of technology for mass murder and destruction. Yet I am optimistic. As Bill Ury, co-founder of the Harvard Negotiation Project, remarked recently, "Wars are predictable and preventable." Perhaps now, we can train ourselves to do just that.

Note: This article will appear in the March edition of the Building Peace Forum.