Peanut butter, irresistibly, is a lethal combination of flavors that make the spread near-impossible to stop eating after a single spoonful.

"Humans have an innate predilection for salt, sweet and fat," Katherine Brooking MS, RD, co-founder of AppforHealth.com told The Huffington Post. "Most peanut butter brands contain some or all of these. Plus the creamy texture makes peanut butter one of the hardest foods to eat in moderation."

Peanut butter's low-chewing demand and low-water content are both factors that make it easy to gobble a lot at once, says Dawn Jackson Blatner, RDN, CSSD, LDN.

"Things that are creamy without much chewing needed aren’t as filling as foods that have more chewing involved," she said.

Craving that delicious nutty flavor, but don't wanna go overboard? Here's our short guide to getting your fix -- without going on a bender.

If you have a craving but don't trust yourself around a jar of the buttery goodness, you may want to choose a nut in its purest form. An ounce of raw peanuts and a serving (two tablespoons ) of peanut butter have roughly the same about of calories, but most people will feel more satisfied after the version that requires more chewing effort.

Nosh on a nut that comes in its shell.

A 2011 study published in the journal Appetite found that snacking nuts still in their shell may have you eating less. Researchers gave one group of participants a serving of shelled pistachios and a second group a serving of pistachios in the shell. Those who had to shell the nut before consuming ingested 41 percent fewer calories. There were no significant reports of variation in fullness or satisfaction.

Spoon out your portion.

If a peanut butter craving hits, but raw peanuts aren't going to cut it, Brooking suggests spooning out a serving of peanut butter and then immediately placing the jar back into the cupboard. Eating straight from the jar is an absolute "do not:" It's difficult to gauge portion size and the concentration of spread makes it easy to mindlessly dig deeper.

To reap peanut butter's best benefits, which include healthy monounsaturated fats and a nice serving of protein, Brooking suggests sticking to a brand that is lower in sodium and contains no added sugar. You can have your spread creamy or crunchy, just make sure the only ingredient in the jar is "peanuts," and you're safe. 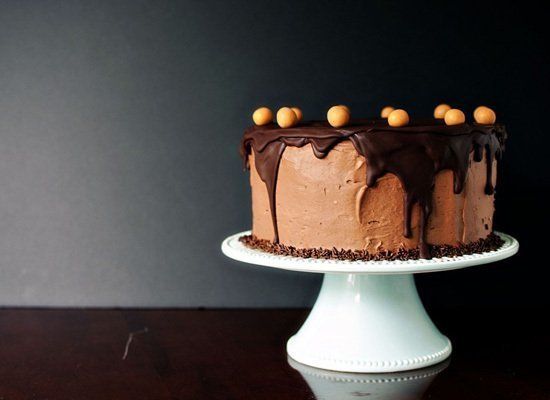