For Rick McGee, the perfect peanut butter and mayo sandwich starts with thin white bread, spread first with mayonnaise and then peanut butter, and topped with small pieces of banana. Then you “mash it together.”

“The peanut butter and banana a little bit overpower the mayonnaise, depending on how much mayonnaise you put on it,” he told HuffPost.

McGee’s grandfather started Hampton Farms peanut company in 1946 in northeastern North Carolina, near the Virginia border. McGee grew up eating peanuts raw, straight from the ground and processed into peanut butter, and he says peanut butter, mayonnaise and banana sandwiches were a staple in his family that started with his grandparents.

“Now, I’m probably the only one in my family that will [still] eat [the sandwich],” said McGee, now vice president of industrial and food services for Hampton Farms. “I wouldn’t say it’s on a regular basis, but it’s more of a comfort food. It’s remembrances of your family, of what you did, how you did it. There’s a lot of tradition there. A lot of things I do with my family, I want to keep going.”

Peanut butter and mayo sandwiches (which we’ll refer to as PBMs) recently gained internet notoriety when Twitter caught wind of a four-year-old Garden & Gun article and the food site The Takeout and NBC’s Today explored the unique sandwich. “Peanut Butter And Mayonnaise Sandwiches Are Dividing The Internet,” exclaimed The Independent, publishing a reader poll that showed that 62 percent of its readers wouldn’t ever try the sandwich.

Once a Southern staple, the PBM has been called the “forgotten Southern sandwich.” Garden & Gun traces the sandwich to the Great Depression ― when food and money were scarce but white bread, peanut butter and mayonnaise were easily accessible and could create a calorie-rich meal. G&G reviewed old newspaper articles referencing the sandwich and located its heyday between the 1930s and ’60s. There’s a Facebook group for PBM lovers and several Reddit threads about the combo.

It’s “plausible” that the PBM came out of the Depression, but its prominence in the South may have more to do with “family taste patterns,” Sheri Castle, a Chapel Hill, North Carolina-based Southern food writer and cookbook author, told HuffPost.

“It’s what people had on hand, whether it was in the Depression or just a day when you’re a little shy on groceries,” she suggested. “You make a sandwich out of what you have. Then people started making them on purpose, and then they fed them to other people. That’s how things spread.”

“One of things about Southern cooking, if we can call sandwich assemblage cooking, is it tends to be more of a universal concept than a universal recipe,” Castle said. “People have their ways that are very strong within their family and their community, and I think flavor combinations are part of that.”

“Mayonnaise is [the South’s] preferred condiment. It’s sort of a baseline expectation of a sandwich.”

Whether it’s the abundance of peanut farms in the Southeast or the South’s general obsession with mayonnaise, as Castle points out, the PBM took root in the region, and families have kept the tradition alive.

“Mayonnaise is [the South’s] preferred condiment. It’s sort of a baseline expectation of a sandwich,” Castle explained, mentioning other mayonnaise-centric Southern sandwiches like tomato sandwiches, BLTs and pimento cheese. “I think a lot of people are going to start with getting a jar of mayonnaise out of the fridge.”

The Duke’s Mayonnaise team “swears by” PBM sandwiches, according to Erin Hatcher, director of marketing for the C.F. Sauer Company, which makes that brand of mayo. Duke’s originated in Greenville, South Carolina in 1917, and has a cult following in the South.

Hatcher says Duke’s has featured a number of sandwiches in its ads, but never the PBM.

Because many packaged food products emerged from the Depression, Hatcher sees a link between the PBM and that era, she says.

“Peanut butter, bananas, mayonnaise and bread filled hungry tummies when meat was lacking, so it was a way of getting protein, fat and some carbs,” Hatcher told HuffPost. Also, her research uncovered that some early peanut butters had a coarser texture, so people added mayonnaise to make them more spreadable.

Interestingly, in the 1960s, Skippy peanut butter and Hellmann’s mayonnaise teamed up on an advertising campaign that included several sandwich recipes combining the two products with items like crispy bacon and pickles, sliced apple, canned pineapple, and salami, onions and eggs.

Spokespeople for Skippy, which is now owned by Hormel Foods, and Hellmann’s, which is owned by Unilever, could not confirm the exact date of the ad campaign or provide any other details.

Like Duke’s, Hampton Farms has never referenced the PBM in its marketing, but McGee thinks it’s a good idea. “Our marketing department might get some good ideas from this,” he joked during his HuffPost interview.

Burns Sullivan, a native of Athens, Georgia, always heard stories about his great-grandmother making his great-grandfather a PBM before he went out to work in the fields of their northeastern Georgia farm. They passed that sandwich combination on to their children, his dad and then to him.

“It was always government white bread, untoasted, specifically Duke’s mayonnaise and peanut butter,” said Sullivan, a sous chef at Farm in Bluffton, South Carolina. “And, there’s a rift in the family on smooth or crunchy [peanut butter]. My dad swears that crunchy is best, but claims that when my great-grandparents were eating them, it was creamy.”

Sullivan remembers visiting his great-grandmother, who he says lived to be 112 years old. She’d make him PBM sandwiches with iceberg lettuce ― the overall flavor resembling “acidic peanut butter,” he said.

“I’m not going to do it justice, because it is — I don’t know if I’d say it’s great — but it’s a pretty good sandwich,” Sullivan said. “It’s like a sour peanut butter. The lettuce is there purely for texture, and it sticks to the roof of your mouth, anyway. It doesn’t make it sound very tasty, but, I promise, it’s decent.”

- Burns Sullivan, whose great-grandmother made him PBMs with iceberg lettuce

Farm’s chef-partner Brandon Carter says the PBM sandwich reached beyond the Mason-Dixon line. He grew up in Ohio and had no personal ties to the South, but says the sandwich was also something his great-grandparents, grandfather and mom ate.

During the Depression, when Carter’s grandfather was a child, mayonnaise and peanut butter could be purchased inexpensively in bulk, he said. They would add lettuce and tomatoes from their garden.

“It sounds so disgusting, but my mom swears by them,” Carter said. His mom grew up in a Catholic family as one of eight kids and remembers eating PBM sandwiches on Fridays during Lent when they couldn’t eat meat.

“Talking about Southern food, I like to consider myself a purist,” Sullivan added. “I think that eating a sandwich ... the way your great-grandparents ate it, for me, that’s the best way to try to understand their life and how it was when they were my age. I think food can give you the best understanding of a time period or of a person’s life.”

And when it comes to a peanut butter and mayonnaise sandwich, “Don’t knock it before you try it,” he said.

How To Make Peanut Butter And Jelly Like A Grown Adult

The Search For The Best Turkey Sub Sandwich In America

Yes, The Earl Of Sandwich Is A Real Dude. Here's Everything You Need To Know. 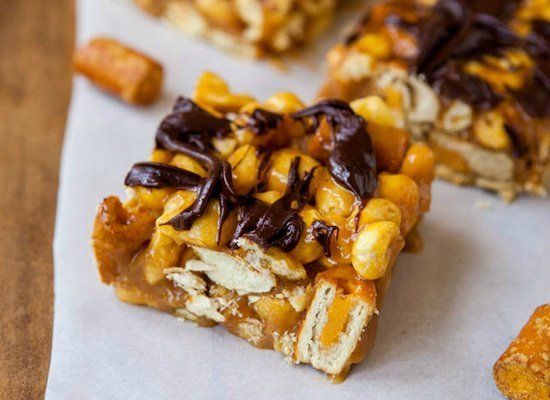