Wednesday marks the anniversary of Charles M. Schulz's iconic comic series, "Peanuts," which debuted in daily newspapers on October 2, 1950. That means it's time to sit down, relax and pay homage to the man who proudly proclaimed, "The only thing I ever wanted to be was a cartoonist. That's my life. Drawing." 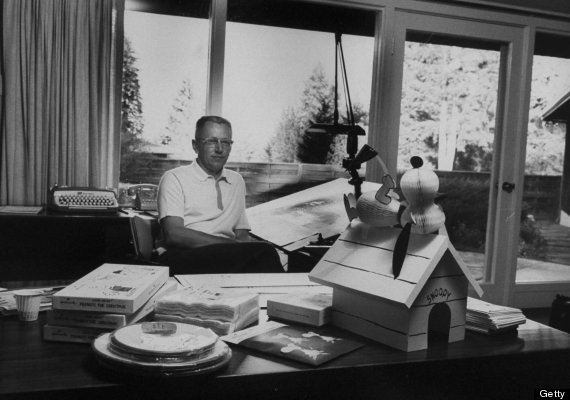 The beloved comic strip, featuring timeless characters like Charlie Brown, Snoopy and Peppermint Patty, ran from October 2, 1950 to February 14, 2000. In total, Schulz's work, formerly known as "Lil' Folks," reached 75 countries in 2,600 different papers and was published in an impressive 21 languages every day. Perhaps Syracuse University professor Robert Thompson put it best when he famously described "Peanuts" as "arguably the longest story ever told by one human being."

Generations of Americans and comic enthusiasts around the globe continue to cherish "Peanuts," whether it's through holiday television productions, theatrical works or even amusement parks. But the best way to experience the magic of Schulz and his characters is to read the classic panels that muse about childhood crushes, football ambitions and mythical pumpkins.

So in honor of the "Peanuts" anniversary, we've put together a collection of 10 of the best Snoopy moments, courtesy of the Charles M. Schulz Museum. The comics are taken from the institute's "Barking Up the Family Tree" exhibit, a look back on Snoopy's "band of brothers" featured in over 70 iconic strips. Here's to you, Mr. Schulz!

When Snoopy learns more about his brother Spike.

When Snoopy meets his sister Belle.

When Snoopy asks Spike to be his best man at Snoopy’s wedding.

When Spike runs off with Snoopy’s bride.

When Spike writes a note to Snoopy.

When Spike was alone in the dessert.

When Andy and Olaf were looking for Spike but they couldn’t find the desert.

And this conversation happens.

BONUS: When this happened. 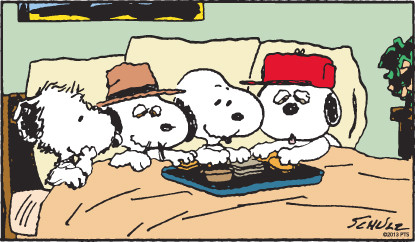 Snoopy and his siblings (from left to right) Andy, Spike, Snoopy and Olaf. Peanuts (c) 1994 PNTS

"Barking up the Family Tree" will be on view until October 14, 2013 at the Strip Rotation Gallery at the Schulz Museum.