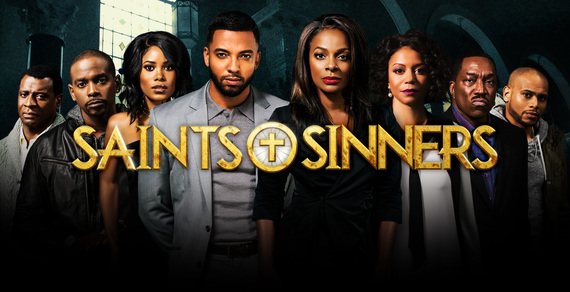 Bounce TV is now ranked in the top five among all ad-supported cable networks in the delivery of African American television shows on Sunday night. The network's first original drama, Saints & Sinners ranks third which is slightly behind The Walking Dead on AMC and Real Housewives on Bravo. Saints & Sinners centers around the pursuit of power, intertwined with greed, deception, corruption, and murder - all set against the backdrop of a large southern church. The series stars Vanessa Bell Calloway, Christian Keyes, Keith Robinson, Clifton Powell, Gloria Reuben, J.D. Williams, Jasmine Burke, Afemo Omilami and Richard Lawson. 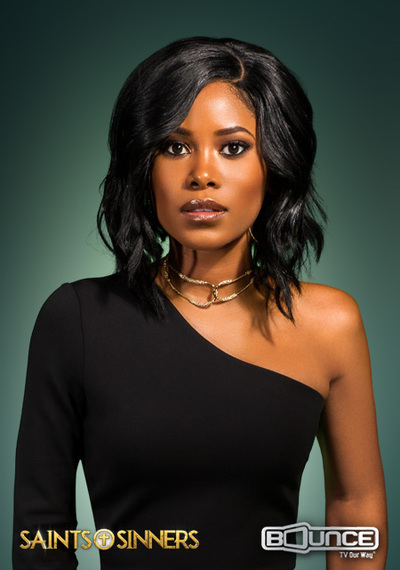 Viewers became familiar with Jasmine Burke from her roles in Daddy's Little Girls, The Secret Life of Bees, The Vampire Diaries, Drop Dead Diva, Army Wives and Drumline: A New Beat. As an actor, director, producer and singer Jasmine Burke is a quadruple talent that believes that the key to life is to continue to explore, learn and improve. Jasmine Burke stars as Dr. Christie Johnson in Bounce TV's new original drama series Saints & Sinners.

During a recent interview, she shared three pearls of wisdom for those aspiring to make it the film and television industry.

1. Remember that no one is below or above you. Everyone plays a different but equally important part.

2. Figure it out and make it happen and be innovative.

We live in an era where everyone is seeking a formula or roadmap on how to be successful. The film and television industry thrives off of creativity. Saints & Sinners is Bounce TV's first original drama, and it is a shot quicker than comparable dramas. Due to the program's shoot time, the cast doesn't always have an opportunity for table reads and multiple retakes. In the spirit of innovation, Jasmine records her castmates lines with appropriate spacing so that she can run lines by herself. Jasmine says it's important to remember that each project is different, and those seeking success in the film and television industry should not shy away from innovation.

Jasmine ventured into writing and producing because, like many, she was not pleased with the way Hollywood presents young people of color and believes that there is an opportunity to show them in a positive light. Jasmine's debut writing, producing and directing project, Lucky Lotto, won the 2010 Women in Film and Television International Film Festival and earned Jasmine an Achievement in Directing Award.

Jasmine is a breath of fresh air in the film and television industry, and she's bursting at the seams with talent. #BlackTwitter has called her the breakout star of Saints & Sinners. Fans wanting a little more of Jasmine should know that Lee Daniels handpicked her to be a part of his new project for Fox and that her inspirational single, "Hear What I Hear" will be released on April 15, 2016. She describes herself as being "very chatty" on social media and encourages fans to follow her at @TheJasmineBurke on Instagram and Twitter.