Pearry Teo has made a name for himself not only as the first Singaporean director to break through in Hollywood, but also for his particular variation on horror cinema, which tends to present an unusual slant on rather well-trodden ground.

This is on full display with The Curse of Sleeping Beauty, a take on the classic fairy tale that has more to do with the demented aesthetics of Silent Hill than with Prince Charming or singing animals. In it, Thomas Kaiser (Ethan Peck, the grandson of the late and great Gregory) inherits an ancestral mansion that comes with a supernatural obligation: keeping the evil demons trapped inside at bay while attempting to awaken the mythological Briar Rose (India Eisley) from her centuries-long sleep.

Below, Teo elaborates on his creative process, what he considers to be the most important facet of horror, and the future planned television series that will continue the film's story.

(Please note that this interview has been edited for clarity and brevity both.)

What do you think is the most important element of horror, whether the medium is film or comics or what-have-you: the atmosphere? The pacing? The aesthetic?

I think, actually, the most important thing about horror is, really, the audience. I think introducing audiences - whether it be visuals, new monsters, whatever it is - I think it's all about the user experience, all about making them feel new things. I think that the allure of it, for me, is that - you know, you have that very safe, primal feeling, and I think the most important thing is to introduce them to it, and to introduce them to new types of fear, new types of dread that they've never felt before. To me, it's the audience - for sure.

I know you locked yourself up in a room for a month before preproduction started to nail the look of the movie. What was that process like? 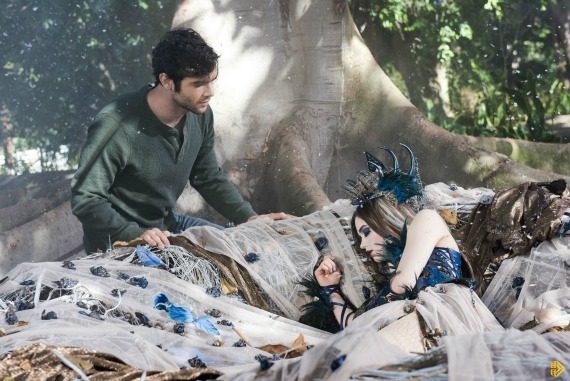 I usually wake up at 5:00 in the morning, and I'll probably lay there and let my mind really, really wander. Oftentimes, it could even be some form of meditation or something, but I think, in the beginning of the day, when your mind is still fresh, it is time for you to really, really get to know yourself. I could do this for an hour, maybe two, until the sun starts to rise, [and then I] take a shower, and then I really sit there and start pouring through anything that's around me. It's about finding things that really connect with me, whether it's things I find online or things that are around me; sometimes, maybe, I'll go out, usually by myself - I think of it as, like, a date with yourself - and go to my favorite stores, look around, and see if there's anything new or if I connect with anything.

[Later on,] I usually try to take a nap - I know that sounds like I'm an old guy, which I am (I feel like an old guy, anyway) - and then the rest of the day is trying to integrate and trying to connect things for my scrapbook. By the end of the day, my head is just swarming with all kinds of things, so I'll try to sit down and maybe have some vodka to calm my head down a little bit, watch some movies that I'll get inspired by or have influenced me. And that repeats itself for about a month.

Sometimes I find new things to connect with; oftentimes I don't. And if I don't, I try not to stress about it - I just let it be and understand that it's just a process. 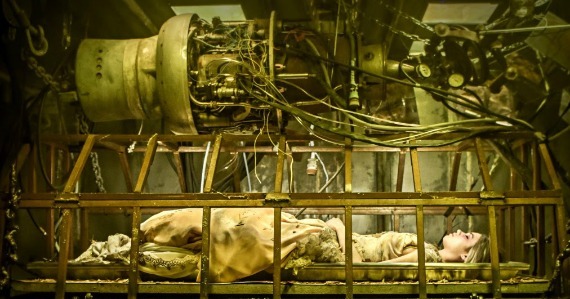 What was your writing process like with Josh Nadler? Did it differ at all from your previous writing collaborations?

Not really. One of the hardest things was that we knew we had to write this entire script in about six weeks. That's a really fast turnaround; sometimes, you can have screenwriters writing scripts for two years. But, in this case, we had, like, six weeks to deliver it. And so we had to find a screenwriter that understood my process, understood my style, because the screenwriter that I used to work with on a regular basis was busy on another film. We finally found Josh, and he's a great guy.

The process was really simple: we discussed the story elements first, what the story really was about, and then I wrote the first draft of it - it was almost like a free-flow of thought. After I got everything out of my system, I handed it to Josh and went, "All right, why don't you start tweaking what you think needs tweaking - dialogue, story beats, and all that." And while he was doing that, focusing on the story, I went to focus on the visuals. I started crafting visuals, aesthetics, scenes - things I'd like to do with [the film]. And then it all comes together by the time the second or third draft comes along.

The ending is wide-open, and I hear that you're already in development on a television series. How far out do you have the story planned?

It's not about how far out - it's about stop thinking about it. [laughs] We have such a wealth of resources. We didn't want to go the Once upon a Time route; we wanted to try something that was a little bit more different. [We didn't want to say,] "Now we're going to bring in Snow White; now we're going to bring in this" - we didn't want to do the whole fairy tales thing. You've seen how we've introduced the jinn, the Arabic demons, into the picture [in Curse of Sleeping Beauty] - the thing the TV series really aims to introduce is demons and supernatural entities from many different cultures. TV always taps into witches and ghosts and vampires and werewolves, but there's a wealth of resources out there in this world; so many cultures do their own interpretations of things, their own mythology, their own folklore, and I believe The Curse of Sleeping Beauty is a great vehicle because of how exotic I wanted it to be, and the way I can amp out this exoticness is that, in every episode, we can introduce a new creature from a different folklore from a different part of the world. 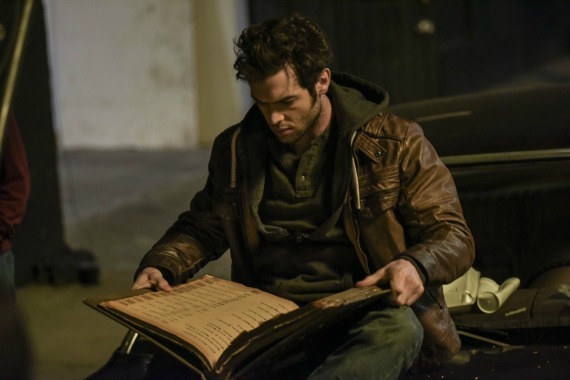 So, the TV show would be more of an anthology and less a direct continuation of the film?

That's the idea - I'd bring in more characters. If you notice in the movie, there was a very brief mention of 13 jinns. Well, obviously, you can tell there are 13 episodes [laughs], so each episode is actually a gatekeeper. Finding the gatekeeper will unlock not only the mystery of Sleeping Beauty, but will unlock a curse.

The Curse of Sleeping Beauty is out now in theaters. It arrives on iTunes and video-on-demand on May 17.