Pebble Mine is not grabbing headlines these days, but the battle to protect Bristol Bay is far from over. In contrast to the significant headlines and victories in 2014 -- Rio Tinto withdrawing from the project; EPA proposing specific restrictions on the development of Pebble Mine; Alaska voters passing an initiative aimed at protecting the Bristol Bay watershed from large-scale mining, which is harmful to Alaska's wild salmon; and President Obama declaring Bristol Bay off-limits to oil and gas drilling -- 2015 has been deceptively quiet. 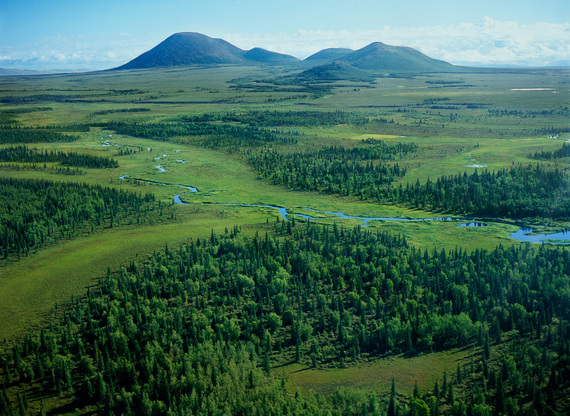 All the major investors -- Mitsubishi, Anglo American, and Rio Tinto -- have fled the project, taking massive losses to walk away from Bristol Bay, and Pebble has been unable to find another moneyed partner to advance the project. This leaves junior mining company Northern Dynasty Minerals, now the sole owner of the project, with a serious cash-flow problem. But the company hasn't given up on its dreams to build a colossal mine at the headwaters of the world's greatest wild salmon fishery. Last January, with the sale of special warrants to existing investors, it raised about $15 million -- almost half of which came from a hedge fund in the Cayman Islands.

Where is the money going? Not to mining but to lawyers and lobbyists. According to a prospectus filed with Canadian securities regulators, Northern Dynasty Minerals plans to use that money to advance a "multi-dimensional strategy to address the EPA's pre-emptive regulatory process under Section 404(c) of the Clean Water Act ... includ[ing] three discrete pieces of litigation against the EPA ... as well as facilitation of various third-party investigations of EPA actions with respect to the Pebble Project."

Yep, like a terminal patient on life support, Pebble Mine is all about "staying alive" -- which translates into the nicely alliterative trio of lawyers, lobbyists and legislators.

Lobbyists. Pebble hired two Washington, D.C., consulting firms to "conduct an independent review" of EPA's work on the proposed mine. This "independent" review being undertaken by the Cohen Group and the law firm DLA Piper will "focus on the fairness of EPA's actions" and "will follow the evidence wherever it might lead ... as fairly and thoroughly as possible." However, this "independent" review has been initiated and funded by the very company whose economic existence depends on stopping EPA and building the Pebble Mine. The very same company that has attacked EPA for years, claiming its science is bunk and its process unfair. And the very same company that has repeatedly ignored the residents of Bristol Bay, who overwhelming oppose the Pebble Mine and support EPA's decision to place restrictions on the mine.

Legislators. Both the House and Senate introduced legislation that would strip EPA's ability under the Clean Water Act to stop Pebble. U.S. Sen. David Vitter (R-Louisiana) and U.S. Sen. Joe Manchin (D-West Virginia) introduced a bill in the Senate that would gut EPA's authority under the Clean Water Act. S. 234 is just another industry giveaway that would block EPA from doing its job. Like the companion House bill, it's aimed at straitjacketing EPA and greenlighting the Pebble Mine.

With the legal and legislative battles intensifying, NRDC is fighting back both in the court room and on Capitol Hill. We are defending EPA in court. We are also working to defeat the Senate and House bills as well as any appropriation riders attached to the budget process that would defund EPA's review of the Pebble project. Finally, we continue to urge EPA to use its authority under Section 404(c) of the Clean Water Act to stop the Pebble Mine -- as soon as it is legally possible.

Please help us keep up the pressure to stop the Pebble Mine!