Mind over matter makes all the difference. If you need proof, look no further than Peder Mondrup: He doesn't feel like "a guy in a wheelchair," though he's used one his entire life.

On Sunday, the 34-year-old, who has cerebral palsy, became the first person with the disorder to complete an Ironman triathlon, the Local reported. He completed KMD Ironman Copenhagen after 15 hours, 32 minutes and 48 seconds with the help of his twin brother, Steen. Steen swam 2.4 miles while pulling Peder on a raft, cycled 112 miles on a specially designed bike with an attached lightweight running wheelchair for Peder and then ran a marathon (26.2 miles) while pushing his brother in a wheelchair until the duo finally passed the finish line, the Copenhagen Post reported.

"For the first time, I felt like the person I see myself as," Peder told The Local.

The Danish twins, whose Facebook page, Team Tvilling, has racked up more than 22,000 fans, are not new to long-distance competitions. Steen decided to run a half-marathon last year with his twin brother, and the two have conquered various athletic contests together ever since.

In June, the pair completed a Half Ironman triathlon, and videographer Brian Martin Rasmussen caught the inspiring race on camera.

"I feel very privileged to be able to experience them race firsthand, as I rode and ran as support for the brothers," Rasmussen wrote on his Vimeo page. "In spite of lousy weather and a very hilly and [challenging] course, they just kept on smiling."

Weighing 1,200 grams (about 2.6 pounds) each, Steen and Peder were born three months premature in 1980, according to Ironman.com. Due to a lack of oxygen during birth, Peder was quickly diagnosed with cerebral palsy, and has spent about three and a half decades in a wheelchair.

Over the years, Peder has been an outspoken advocate for clubs and organizations, building awareness about his disability and the challenges he faces.

"As we have always said, Steen got the legs and Peder got the brains," the twins wrote on their website, according to the Daily Mirror. "So we are the perfect combination for an athlete with iron will.” 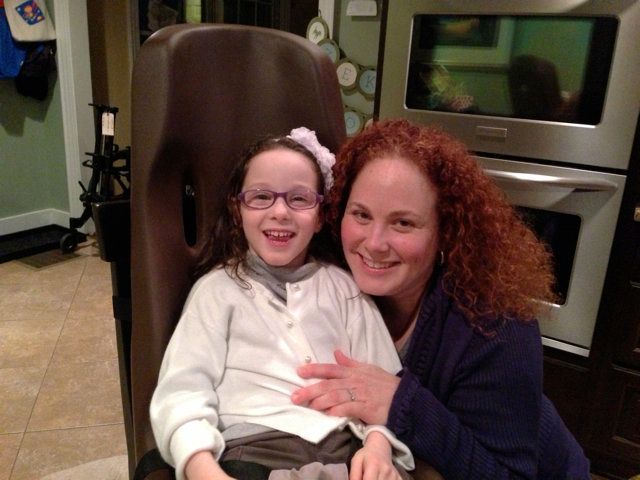 1 / 6
"My daughter has cerebral palsy. Despite the happiness she exudes, Maya openly shares her frustrations about her daily challenges with us. She wants to use the bathroom by herself, brush her own hair, dress herself, drink from an open cup, sit on the floor without falling. Recently she shared with us that someday she hopes to walk even if just for part of the day. She is eager to help herself make these advances. Unfortunately, the current therapy protocols will not help her meet many of her goals. None of the current available treatments for CP are estimated to provide more than an average 4 to 10 percent gain for the individual, per Iona Novak, Head of Research at CP Alliance Australia. In Maya’s lifetime, parents of kids with CP as well as adults with CP should have the opportunity to choose therapies or interventions that will provide meaningful change in mobility and quality of life."—Michele Shusterman, <a href="http://cpdailyliving.com/" target="_hplink">CP Daily Living</a>; mom to Maya, 6, who has cerebral palsy
Michele Shusterman