"One-in-four wins" is a claim that we often disregard as we peel the little sticker off the box and redeem it for our free small Coke. However, some of us call bullshit and say, "There's no way that's accurate."

We recently got a news release from Jack in the Box about a new Munchie Meal called the "Chick-n-Tater Melt" and a new "peel-and-win" game called Jack's Munchie Peel where they say they're giving away over $1,000,000 in food and prizes. We immediately questioned the one-in-four claim from the contest and wanted to find a way to test the validity of it. 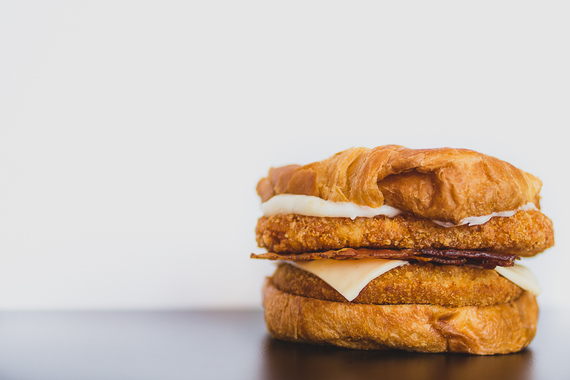 Jack in the Box's latest addition to the Munchie Meal lineup, a Chick-n-Tater Melt

The contest seemed pretty straightforward. Stickers are found on the boxes of Jack's Munchie Meals, they ask you to peel them off, and you either jump for joy that you won some free tacos, or the more likely scenario, you get the depressing, "Sorry! You didn't win this time" message.

So, we channeled our inner statisticians and decided we should buy 150 of Jack's Munchie Meals, peel off the stickers, and keep track of all the winners and losers to see if the results came out to the 25 percent stat Jack brags about. We felt 150 was a large enough sample size to get a pretty accurate reading (they accidentally gave us four extra, so we ended up using 154). 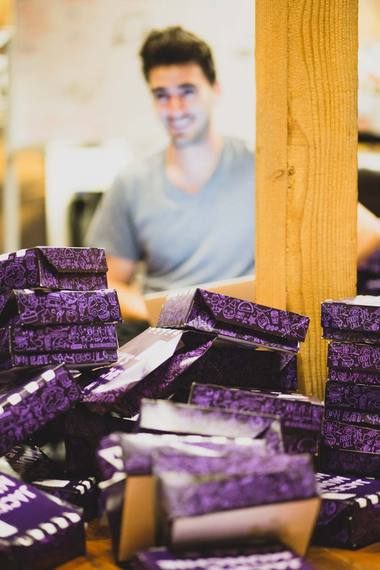 We rolled up to a couple different Jack in the Box locations, ordered 75 Munchie Meals at each location, confirmed with the workers that we weren't high and came back to Foodbeast Headquarters with a totally irresponsible amount of Jack in the Box.

So we began peeling off the stickers. All 154 Munchie Meal boxes. For two hours.

We ended up winning 48 times out of the 154 game pieces we peeled off, for a 31.2 percent rate. Which is actually well above the arbitrary 25 percent chance.

Apparently, it doesn't matter if you win or lose, you can still enter for this bad boy at
www.jacksmunchiepeel.com

- 88 percent of winners were food items

- 5-piece churros was most frequent with 9 winners

- Only 6 non-food items won. Five downloads, and 1 $10 voucher toward a Live Nation concert.

Ok, so at least by our tests, Jack in the Box does stick to its word on the one-in-four chance of winning. We didn't win any of the larger prizes but the Jack's mini caramel churros are bomb though, so we ain't mad (and it's what we won the most of).

Written by Isai Rocha for Foodbeast

More:
Taste foodbeastJack in the Box
Newsletter Sign Up
An essential daily guide to achieving the good life
Subscribe to our lifestyle email.
Successfully Subscribed!
Realness delivered to your inbox