When it comes to sexual assault, there seems to be a flood of specious statistics, and a dry well of reliable information.

One particularly noxious stat: nearly half of reported rapes are fabricated. It’s a figure that’s been spouted after a shaky polygraph-based study, but nevertheless is damaging when it comes to talking honestly and critically about rape culture. A more widely accepted statistic is in the 2 to 8 percent range; but even this doesn’t factor in the many rapes that go unreported. As HuffPost reporter Tyler Kingkade points out, men are actually more likely to suffer sexual assault than be falsely accused of it.

Complete clarity on the issue can seem elusive -- physical evidence of assault is difficult or impossible to conjure up, and so we must often take women, and men, at their word. Shaming and disbelief certainly persuades some victims to remain silent, evidenced by the language used by recent victims who have come forth. Fear and silence go hand-in-hand.

Shedding a light on the murky waters of consent, journalist Peggy Orenstein interviewed scores of young women about their sexual experiences. The result is compiled in her book Girls & Sex: Navigating the Complicated New Landscape, which explores not only assault but also the hairy, often paradoxical hook-up culture that in some ways contributes to it.

“Media-fueled sex panics tend to prey on parental fears about girls’ promiscuity or victimizations; the backlash dismisses both as overblown. Rarely does anyone ask the girls themselves what they think,” Orenstein writes.

The women she interviewed seemed to feel both empowered and powerless -- sexuality was, for many of them, at once a confidence booster and an ego-destroyer. To pinpoint why, Orenstein dug into the paradox created by sexuality-as-performance rather than a felt experience. While pleasure is at the forefront of sexual encounters for many men, women are less likely to have their physical needs met. Orenstein draws a connection between this and a heightened increase in feeling wanted; being desired has, for some young women, replaced feeling desire.

One girl she spoke with said social media plays a big role in confidence and desirability; “you use your experience to create an image,” she said. To this, Orenstein adds that two-thirds of teen girls feel that selfies boost their confidence.

“Whereas earlier generations of media-literate, feminist-identified women saw their objectification as something to protest, today’s often see it as a personal choice,” Orenstein writes. She credits Beyoncé, Miley Cyrus and other bold celebs who identify as feminist, and who put their bodies on display. Orenstein says she supports the choice, but takes issue with the fact that, “only certain bodies were allowed to be a source of ‘pride’.” She adds, “it’s hard to see [an] outfit as ‘liberating’ when the threat of ridicule always lurks.”

So if this new breed of feminist sexual expression is arguably not pleasurable -- or at least only somewhat pleasurable -- for women, why has it become common practice? Orenstein touches on the myriad ways young people learn about sex, and explains the potential shortcomings of each. She doesn’t delve deeply into what sexual education options are on offer through schools -- likely because there’s a lamentable dearth. Fewer than half of states require sex ed at all; only 19 states have standards regarding accuracy of information provided.

“As a parent, I’m all for harm reduction,” she writes. “So I will absolutely explain to my daughter the particular effects of alcohol on the female body.” But, she adds, “I will tell her that nothing ever, ever, ever justifies rape. Victims are never responsible.”

This thread of generational difference -- between mothers and daughters, between feminists then and feminists now -- weaves together Orenstein’s comprehensive, insightful study. Her opinions are sometimes poised as more valid than those of the young women she interviewed, but then again, she has the advantage of critical distance. For that reason alone, her book is worth reading.

We Need Better Sex Education, Author And Mother Argues. Here’s Why.
Adult Coloring Books For Everyone 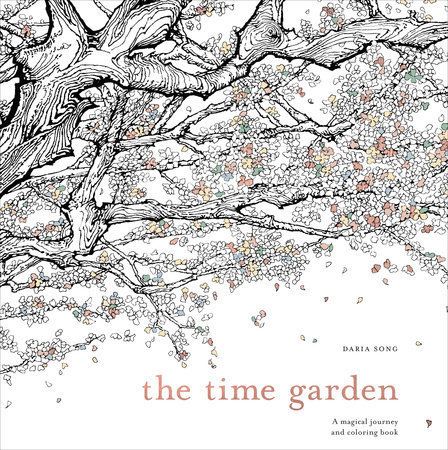