When it comes to art in public space it is not always about the enormous mural. Sometimes small acts of art are powerful as well.

After last October's headlines from Hong Kong filled world press outlets with images of daily marches in the streets by youth, many wondered if this generation would be the one to advance the country toward a more democratic future. Marchers spoke openly of being dissatisfied with what they perceived as the intransigence and impermeability of political structures and a lack of social mobility among other issues. 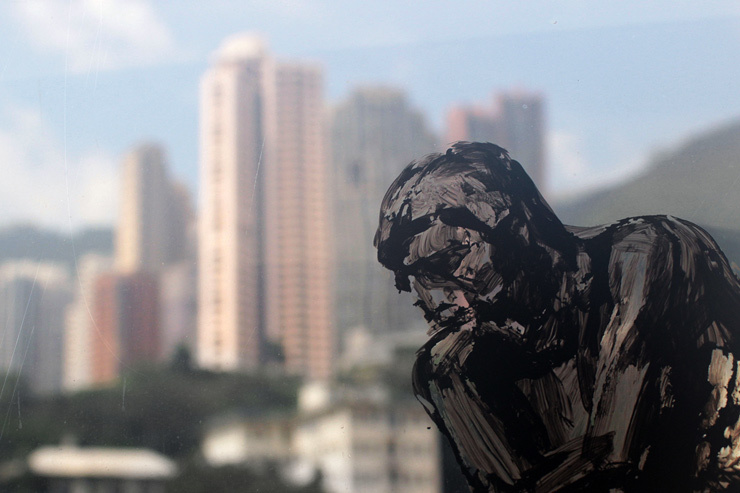 Many in the West were surprised by the throngs of youth clogging major arteries for days and nights, even setting up camp and conversing with police in a place where dissent is typically silenced swiftly. Along with other types of speech, street art and graffiti are sharply watched according to some artists, and this February the United Nations Inter Press Service reported the results of a study naming China as the most dangerous country for artists in 2014. From this news it is safe to say that Hong Kong is not exactly the best spot to catch an aerosol tag these days, and certainly not a piece with political critique. 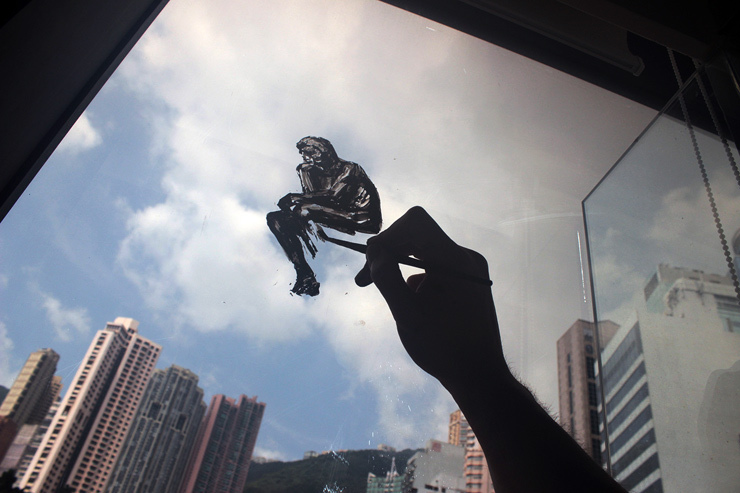 That's why we were interested to see the means of expression Spanish Street and Fine Artist Pejac might employ when he told us he had just made a trip to Hong Kong. He says he thought a lot about his choices. As any Street Art watcher will tell you, context is a major criterion along with placement, and these few small interventions give you an appreciation for how Pejac perceived the tense environment, as well as how pertinent and very personal his messages were. 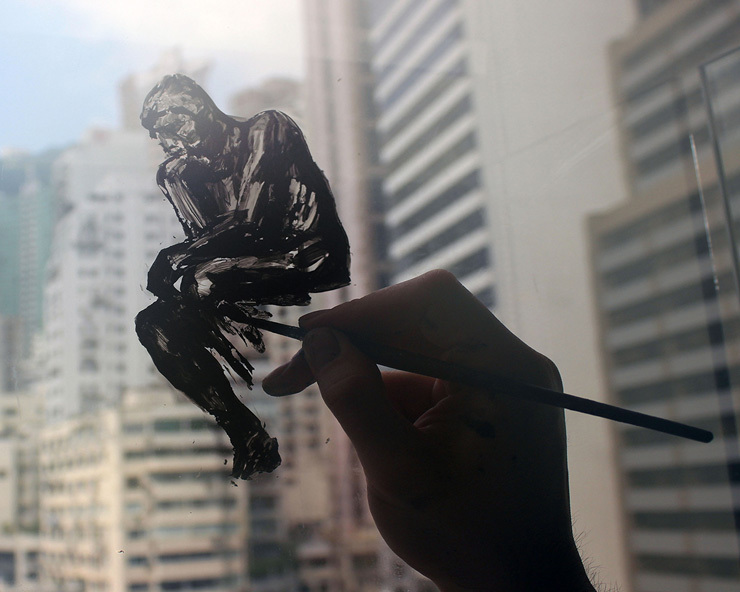 A small piece made on a window in his hotel bathroom, Pejac says he chose Rodin's Thinker as inspiration because he felt that locals are not being allowed to think for themselves. He is not sure why he had the impression; perhaps because of the rush on the street and the lack of time and space and the rhythm of the city. He calls the small piece The Re-Thinker. 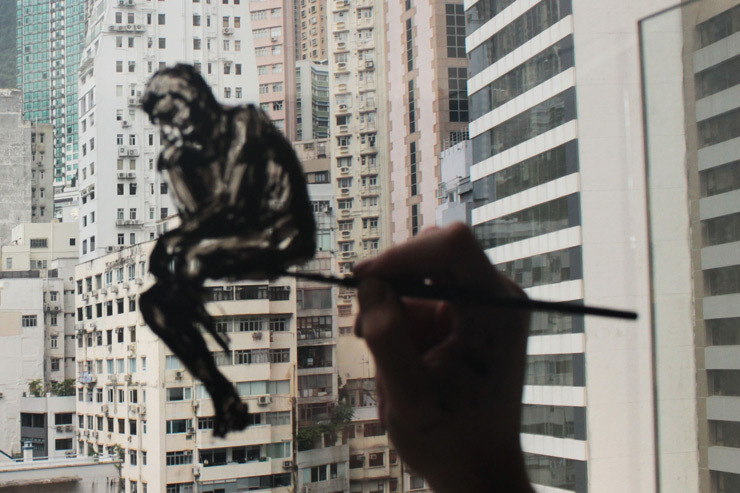 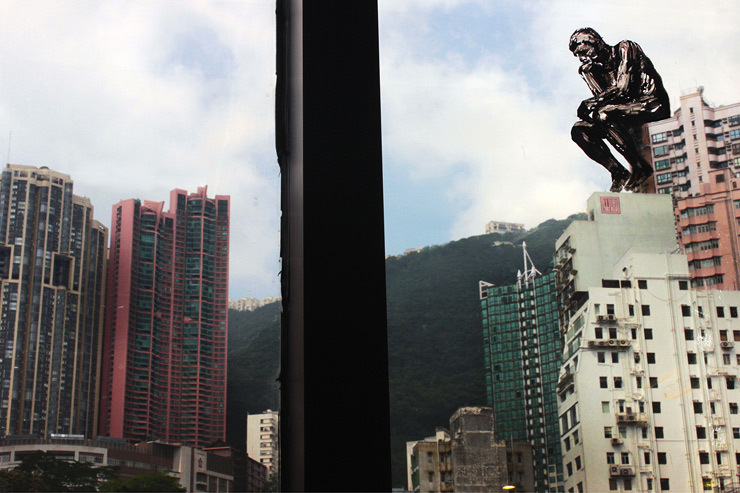 "This piece is located in Hong Kong Central, precisely on Hollywood Road 97," says Pejac. The use of a blow torch as an art-making tool is pretty impressive, as is the dragon, a well known symbol of strength and power. The difference here is how Pejac interprets the hot-breathed tagger in a docile and pleasing fashion. "This ferocious mythical animal that can cause hurricanes and floods," he says, "here becomes a domesticated pet." 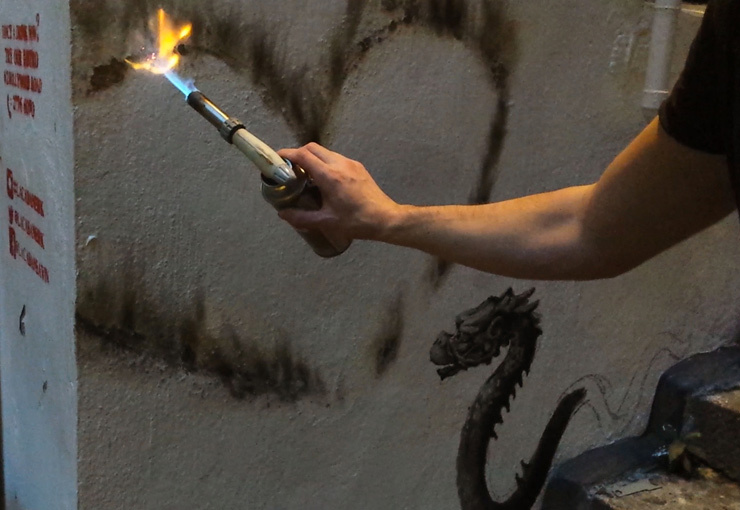 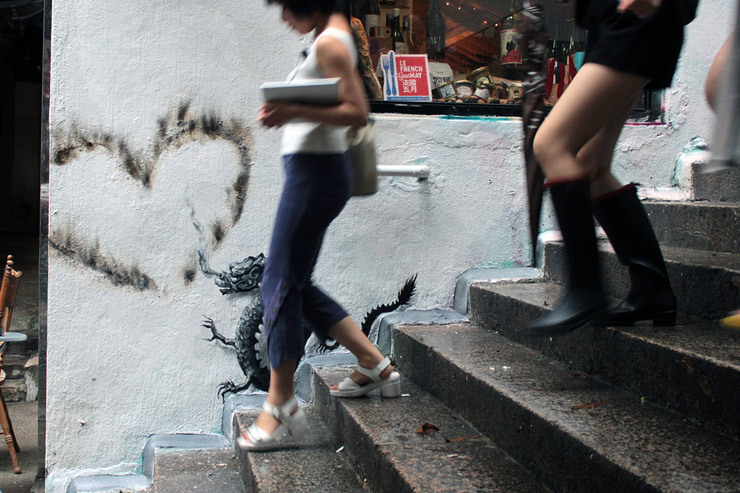 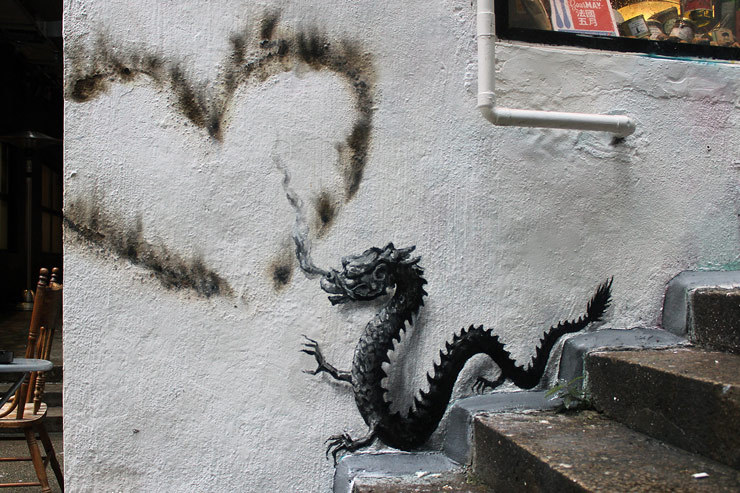 Pejac's last small but potent intervention was placed in front of the Central Government Complex of Hong Kong, he says, where last years 'Umbrella Revolution' protests were focused.

"The piece features the MSN Hotmail Butterfly trapped in a glass jar," he says. "It works as a metaphor of the imprisonment of free speech and communication in Chinese peoples' lives . The butterfly is not killed but trapped, being able to see and feel, but left to slowly die."

No word about what happened to the jar. 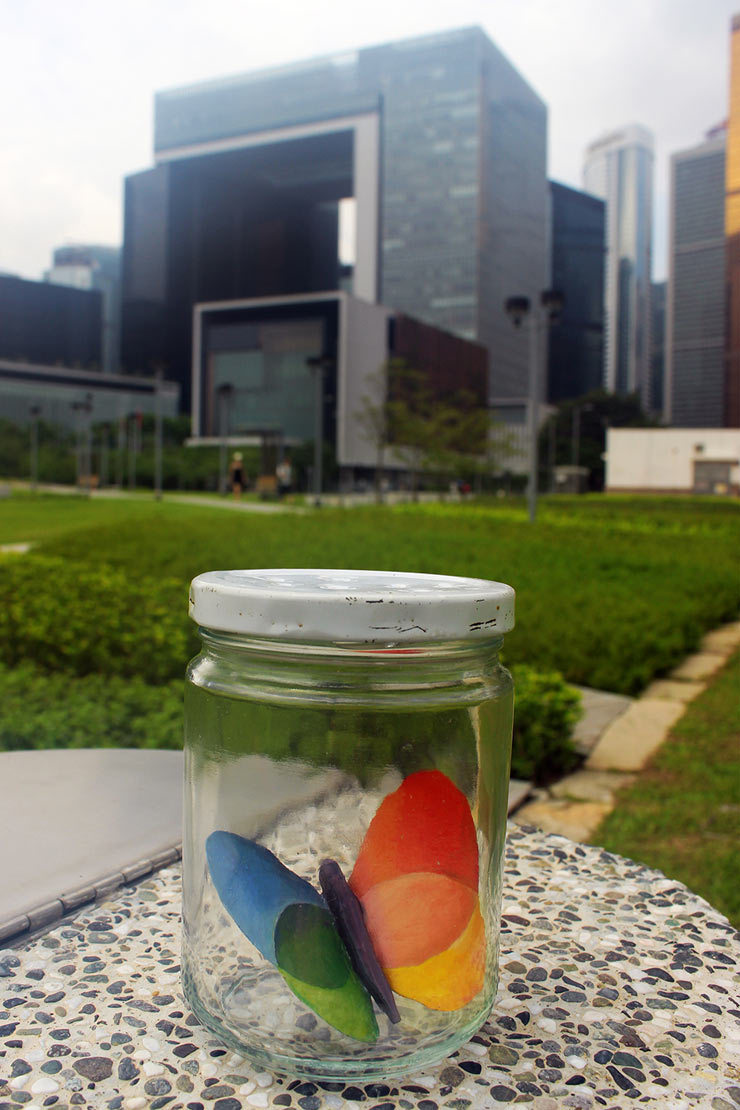 Last year BSA talked to Pejac about his work and about his tribute piece to Monet, which he painted on the hulk of an abandoned ship on the coast of Canabria in the North of Spain. Please note: All content including images and text are © BrooklynStreetArt.com, unless otherwise noted. We like sharing BSA content for non-commercial purposes as long as you credit the photographer(s) and BSA, include a link to the original article URL and do not remove the photographer's name from the .jpg file. Otherwise, please refrain from re-posting. Thanks!