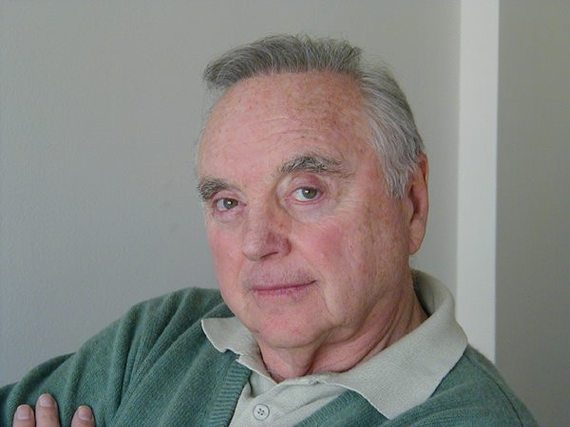 For writers of the imagination, what we fear the most is a disruption, a blockage, a sudden dam that changes the course of the river of creativity. Back in the late sixties and early seventies when technological innovation began to creep into the public consciousness, I shunned all the so-called marvels of computers when it came to my writing process. As a novelist, I feared that switching to these new fangled machines might somehow inhibit my ever-reliable muse, but what I feared most was a disruption of my creative process, a drastic change to my internal thinking patterns that would inhibit my imagination. A strange new means of composition at the time, the computer seemed an intrusion or, at best, an unwelcome detour on a well-traveled road to storytelling.

Up to that point, I had been composing in pen and ink before making the transition to a manual typewriter. I had learned to type at the age of seventeen on a clunky old Remington and had become quickly used to the feel of the keys on my fingers. I discovered how great it was to see my words in black type, almost as if it were already a page in a book. I have to admit, that as I continue to work on a keyboard today, I've found that it creates the same comforting sound that once accompanied me during my creative revels on that old clunky Remington.

I grew used to rushing through a first draft, reworking it with pen in hand, retyping, reworking, retyping until I had my manuscript in what I had internally believed was reasonably acceptable for submission to my then-agent. I used the services of a few freelance typists who had grown used to my hasty yet elaborate chicken marks. I had long ago discovered that the secret to good writing was rewriting. I rewrite like mad, changing dialogue, characters, plot points, reconsidering different ways of expressing the material; the subconscious is a very busy place, and every nuance, every thought, is constantly changing. Writing stories is like building a house with wooden blocks: remove one, and you must rearrange the supporting neighbors or the whole structure will collapse

Because I spent a vast amount of time composing my novels in my basement writing room, I owned three Smith Corona portable typewriters. One was my primary work tool until its mechanism shouted for repairs, one was in reserve, and one was always in the shop. My fingers were invariably stained by carbon from used-up ribbons that constantly needed changing.

I was still in the advertising business in those days. I would get to my basement writing desk before six in the morning and write for about four hours before hustling off to my office for my regular workday; the pittance I earned from writing was hardly enough to support a growing family.

It was during my time in the advertising business that computers were proliferating. I now had the option to eliminate my freelance typists since I could compose and make changes directly on the screen, but if you were unable to break the habit of making changes on paper, printers were available.

One of my writing friends, a world famous photographer/writer, Fred Ward, was an advanced techie and assured me that a computer was an enhancement rather than a hindrance, and finally, after much persuasion, I bought my first clunky computer in the early 1980s. The writing program was called Wordstar and I attached a Hewlett Packard laser printer that could print out a few pages a minute, which I thought, at the time, was remarkable. Of course I kept my three Smith Coronas at the ready in case this technology failed me, and so I chugged away learning Wordstar.

Getting Over the Fear

Some of my writing friends continued to resist, and they often insisted that they were happy with the old ways of pen on paper or mechanical typewriter. In fact, many of them continued to compose that way and some still do; I have a number of writing friends that have refused to adapt under any circumstances. I suppose it is an age thing. After all, they argue, the greatest works of literature were composed with pen and paper. Were William Shakespeare or Charles Dickens inhibited by the lack of computer technology?

I must admit that it took a while to get over my fear. When I slowed down or met an obstacle while writing, I wondered whether or not the disruption was due to the new process and the difficulties of having to remember the new strokes on a computer keyboard. Thankfully, my earlier typing skills came in handy and after a few months I was able to write and rewrite to my heart's content, which I continue to do today.

I suppose my story has been experienced by many writers across the globe who were plagued by similar fears. To a younger generation, many of whom are no longer taught the elements of penmanship, my experience could be laughable.

How do You Prefer to Write?

I am totally committed today to writing on my computer. It offers a writer a vast improvement especially in time saving and research. The creative process remains the same as it always was, requiring deep thought, constant improvement and extensive re-writing. But most of all, in terms of speed and convenience, it is an enormous help. Still, despite such improvements, if suddenly the electrical grid was destroyed and a complete power blackout would occur I would still continue my writing schedules. It is a necessary component of my life.

An old friend, John David Garcia, now deceased, once declared that the goal of life is to evolve into pure mind. He wrote a book called The Moral Society, and claimed that technology might one day bring us to pure mind. But a truly inspired and gifted writer, as has been proven over the centuries, does not need the geegaws of modern technology to create masterworks of great insight and benefit to the human species.

While it has made a vast difference in discoverability and marketing, giving opportunity to emerging writers to get into the publishing fray, I doubt if it has made one iota of difference in the quality of the offerings.

On that note, I want to know, how do you prefer to compose?

Warren Adler is best known for The War of the Roses, his masterpiece fictionalization of a macabre divorce turned into the Golden Globe and BAFTA nominated dark comedy hit starring Michael Douglas, Kathleen Turner and Danny DeVito. Adler has also optioned and sold film rights for a number of his works including Random Hearts (starring Harrison Ford and Kristen Scott Thomas) and The Sunset Gang (produced by Linda Lavin for PBS' American Playhouse series starring Jerry Stiller, Uta Hagen, Harold Gould and Doris Roberts). In recent development are the Broadway Production of The War of the Roses, to be produced by Jay and Cindy Gutterman, The War of the Roses - The Children (Grey Eagle Films and Permut Presentations), a feature film adaptation of the sequel to Adler's iconic divorce story, Target Churchill (Grey Eagle Films and Solution Entertainment),Mourning Glory, to be adapted by Karen Leigh Hopkins, and Capitol Crimes (Grey Eagle Films and Sennet Entertainment), a television series based on his Fiona Fitzgerald mystery series. Warren Adler's newest thriller, Treadmill, is officially available.