It was all over, almost. The Ivory Coast was almost through to the Round of 16. Greece was almost eliminated from the 2014 World Cup. Then, in the third minute of stoppage time, it all changed with one whistle from the referee.

Greece and Ivory Coast were deadlocked 1-1 into the 93rd minute of their Group C finale at Estadio Castelao in Fortaleza on Tuesday when a late penalty decision rewrote the story of the match. A draw that would have sent Ivory Coast into the Round of 16 seemed to be just seconds away when the Greece striker Georgios Samaras went down while attempting a shot. As Samaras prepared to take that late shot in the Ivory Coast penalty area, he appeared to get his left leg tangled up with the outstretched leg of an opponent. Referee Carlos Vera blew his whistle for a Greece penalty. Given a chance from the penalty spot, Samaras made no mistake. He drove the ball past Ivory Coast goalkeeper Boubacar Barry to send Greece into the Round of 16. 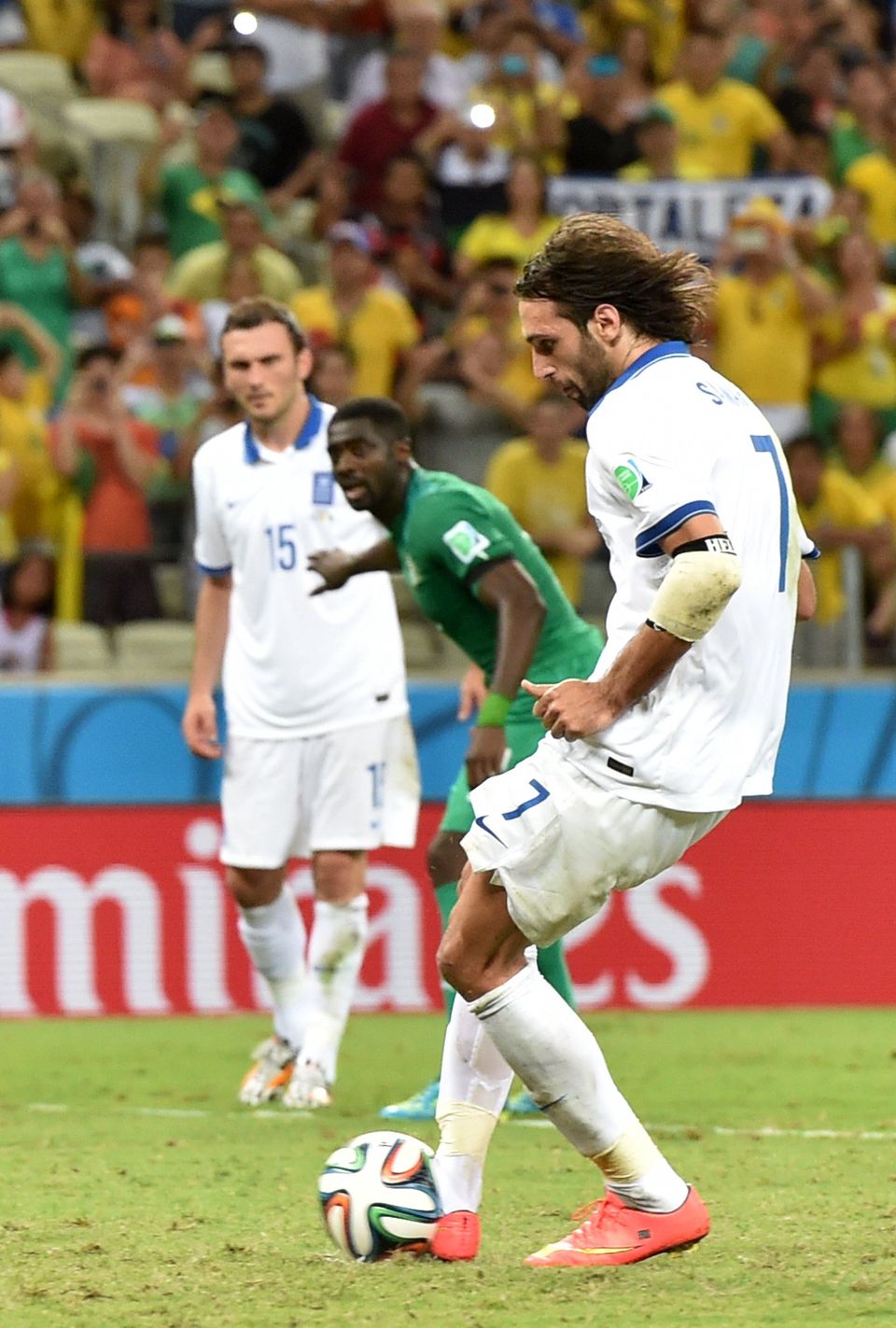