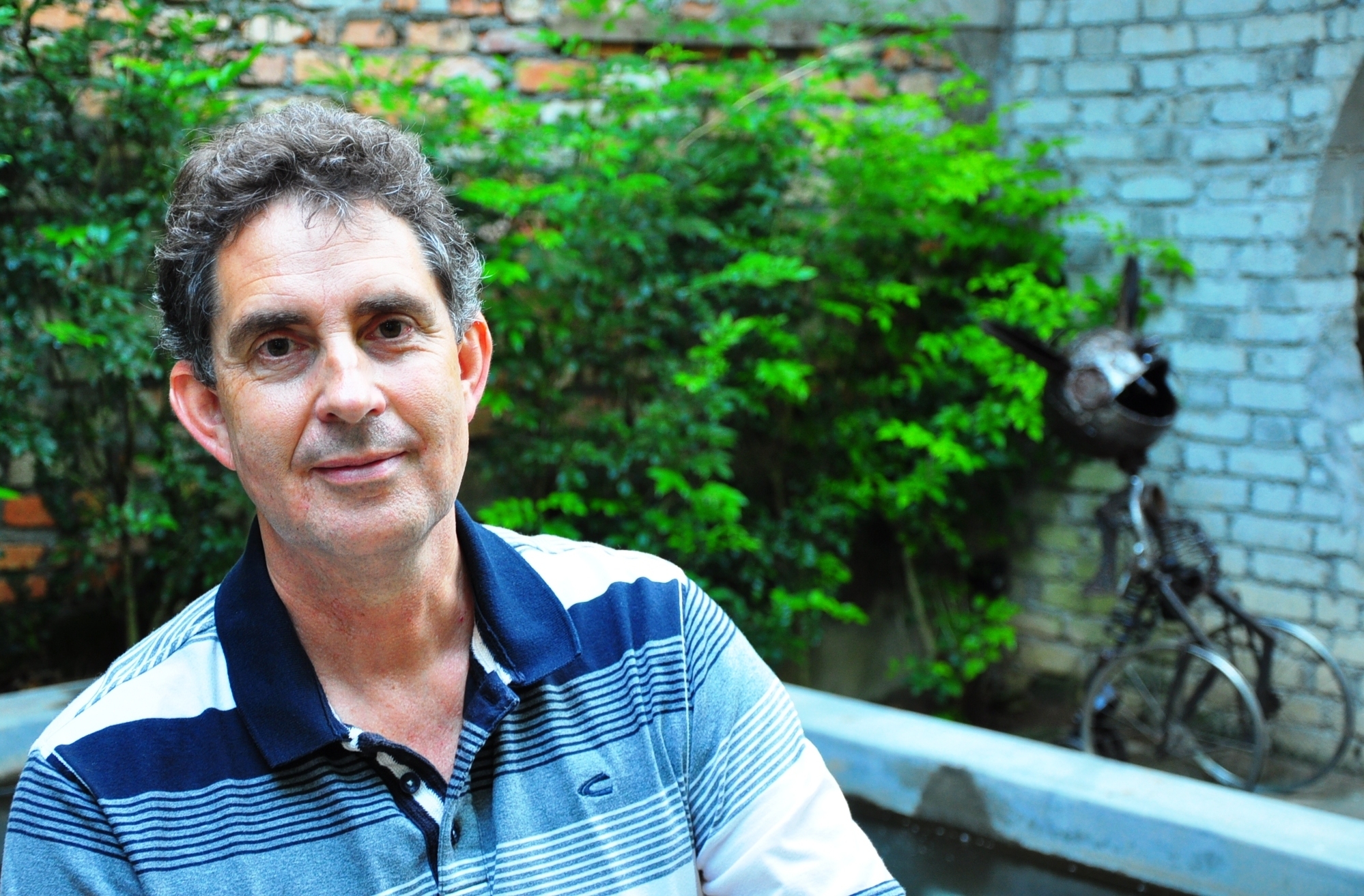 Marcus Langdon in George Town: He is regarded as the leading authority on Penang's early history under the East India Company

If the British East India Company existed today, it would be a billion-dollar mega-corporation. Formed by a group of London-based merchants, it was granted a royal charter in 1600, and set out to conquer not just new markets and sources for spices, fabric and tea, but also to establish new territories from which to trade. It ruled large chunks of India with private armies for a century, until the British Crown assumed control in 1858 and ushered in the era of the Raj.
In 1786 the company wanted a suitable port of "refreshment and repair" along the valuable trade route to China, and the tropical island of Penang, off the coast of western Malaysia in the Bay of Bengal, was deemed suitable for the job. Captain Francis Light, referred to as the founder of the British colony of Penang, negotiated rights on behalf of the company to use the island as a trading port. And had 250 cases of opium to use as funds to run the new settlement.
Marcus Langdon is acknowledged as the leading authority on Penang's early history under the East India Company, and his book Penang: The Fourth Presidency of India 1803-1830, has finally been published after a decade of labor.
Volume One: Ships, Men and Mansions was launched on March 3, 2013, at the Eastern & Oriental Hotel, grande dame of colonial-era accommodation in Penang's capital, George Town. Founded by the Sarkies brothers in 1885 -- who were also responsible for Raffles in Singapore - it was the destination of choice for early celebrity travelers to the East, such as Somerset Maugham and Noel Coward.
In 1805 Penang was still covered with areca nut palms when it became the fourth most important settlement -- a presidency -- of the East India Company's Indian territories. This fateful decision changed the island's future forever, reshaping it into a key player in the international trade network linking Europe with India and China.
Penang's fortunes have waxed and waned, but with some of the best food in Southeast Asia, and George Town (along with Melaka, another historic city of the Straits of Malacca) a recipient of a 2008 UNESCO World Cultural Heritage Site listing, the island is now becoming a key player in SE Asian tourism.
Langdon started his book when he was still a member of the corporate world. Born in Britain in 1954, he was compiling a history of Melbourne in his adopted homeland of Australia when he discovered an ancestral connection with Penang.
"When I started to look for information I was pointed to the Straits Settlements records. At that time there were very few books on Penang," he said. "I found so many fascinating things about Penang and its presidency."
In 1977 he had gone backpacking in SE Asia and remembered George Town then as very multicultural: "Indian, Malay, Chinese and all sorts of things in between, all in one area".
As he started digging through records, he found many discrepancies between what was understood and perpetrated by academics about Penang, and what was recorded, and he was hooked. Abandoning the research he was doing on Melbourne, he became a man who worked the day job and "spent holidays in archives."
As far as the East India Company was concerned, Penang's value was in its location, across the Bay of Bengal from the east coast of India. Since 1784, when the British government appointed a Board of Control to oversee the company, government and corporate interests had intertwined.
Strategically it was of immense importance for trade, but it was also vital as a potential British naval base to ward off a major French invasion of India that was expected, but never happened. Langdon explained that in the background of the early 1800s there was instability due to the Napoleonic Wars from 1803, Britain's loss of the U.S. as a colony driving the desire to retain India, and a little-known maritime war between the UK and the U.S. in 1812.
"There was a scenario of world conflict while trying to keep the economy going," said Langdon. There are certainly parallels there with what is happening today, except the main form of international transport now is no longer sailing ships.
By 1815, however, the Battle of Waterloo had sent Napoleon into exile and effectively terminated the French threat. So Penang didn't need to become the naval base that would have been necessary had the French leader's empire-building continued. With the loss of the presidency in 1830, Penang entered a period of lawlessness and decline.
"I tried to describe events as they happened, using words of those who created history," Langdon said. "I hope it's an enduring resource so that scholars can refer to it."
While researching Volume One, he also assembled material for second and third volumes, examining different aspects of Penang's early development, which he hopes will be published within the next two years. As a significant contribution to the scholarship on this formative era in SE Asian history, the next installment will undoubtedly be eagerly awaited.

Penang: The Fourth Presidency of India 1805-1830, Volume One: Ships, Men and Mansions is published by Areca Books.